Sportsmen always look for a way to Get fans off their feet and get them psyched! and what way is better than music and specifically rock music? this time we want to count down our picks for the top 10 sports anthems . For this list, we’re looking at those songs that have become a staple at sporting events throughout the years, the ones that get the crowd off their feet and psyched up for their favorite team.

This Guns n’ Roses classic is a staple due its ferocity and menacing message. With lyrics like “I want to watch you bleed”, this angsty tune sends a message to the opposing team letting them know that they are in for a hard time. With Axl’s loud, screeching voice, and the thunderous roar of the guitar, this song is definitely one to get any sport fan off their feet and screaming along with the fearless lyrics.

Start Me Up – The Rolling Stones

This classic sports anthem almost never saw the light of day, and surprisingly started out as a reggae influenced track. When convinced to release it on their 1981 album Tattoo You, the band had no idea they would be creating a sporting phenomenon. Played live during the halftime of Super Bowl XL, the Stones energized the arena with their already rocking jam and cemented the song into legendary status. Filled with double entendres and a classic guitar riff, the track never fails to gets the crowd singing along and doing air guitar in the middle of the aisle. 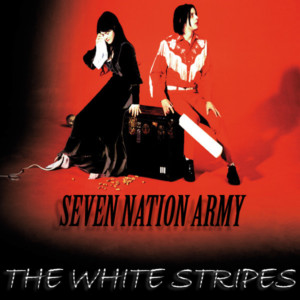 This classic from the husband-wife duo really gets the blood pumping. From the loud, thunderous punch of the guitar during the chorus and the fighting spirit of the lyrics, this song lets the opposing team know that they are in for a fight. With the slow and steady beat of the verses, it builds the crowd’s anticipation before unleashing the loud chaos of the chorus. It’s a song that builds in pressure, and it does the same thing for its audience.

This hard rock classic from AC/DC finds a spot in nearly every sports arena. It’s used as the opening song for the Chicago White Sox and Washington Nationals in baseball, as well as the Los Angeles Kings in hockey. It’s a fitting start to a game, with an immediately recognizable opening guitar riff and the bombastic bass of the chorus. Arguably one of the band’s heaviest tunes, this song gets the crowd pumped up and energized for the game to come. No sporting event is complete without it.

Is there anyone out there who DOESN’T associate this song with sports? Released in 1972, the track was split into two parts, the first having vocals and the second, which is the one played at most events, being purely instrumental. It is so popular that the New Jersey Devils use it as their goal song, and when they tried to replace it, fans were outraged and demanded its return. Forever linked to sports, “Rock and Roll Part 2” will have the crowd singing “Hey!” and pumping their fists in the air. 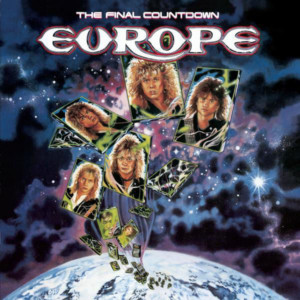 Gob Bluth would be proud of us for putting this song on our list. This synth heavy tune from Swedish band Europe may appear to be just another glam metal song from the 80s, but it caught on with sporting events and has remained popular ever since due to its catchy and memorable hook. Songwriter Joey Tempest has said that the song was never meant to be a single, let alone a major hit, but we’re glad they changed their minds, as no sporting event would be complete without it. 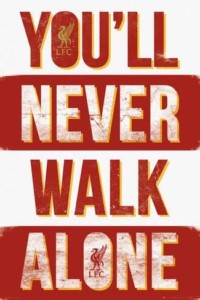 In the UK, the song’s most successful cover was released in 1963 by the Liverpudlian Merseybeat group Gerry and the Pacemakers, peaking at number one on the UK singles chart for four consecutive weeks. Sung by Liverpool fans in 1963, the song quickly became the anthem of Liverpool F.C. and is invariably sung by its supporters moments before the start of each home game with the Gerry and the Pacemakers version played over the PA system. 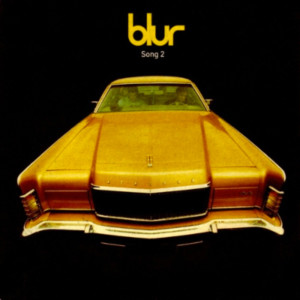 This song became a pop culture phenomenon in 1997 and remains extremely popular to this day due to its association with the sports fandom. Featuring the signature “Woohoo!” over the loud, nearly unintelligible lyrics of the rest of the song, this alternative rock anthem always has fans pumping their fists in the air and woohoo-ing along. Intended as a satire of grunge music, the track has been used in almost all sports, from hockey to baseball. Not bad for a song that wasn’t meant to be taken seriously.

Eye of the Tiger – Survivor

Ever since being used as the theme song of “Rocky III”, this song has achieved tremendous success, both in the field of sports and outside of it. It was so popular when first released that it was the #2 overall single of 1982, behind only Olivia Newton-John’s “Physical.” It is now one of the best-selling singles of all time, and remains a popular staple in the field of sports due to its rocking guitar and motivational lyrics. No sporting event or workout session is complete without a spin of this sports classic.

We Will Rock You – Queen

This arena-rock tune is a sure-fire way to get a crowd pumped up and singing along. With the signature stomping sound of the verses, the crowd always stomps along, their feet slamming the ground and their hands clapping together. The sound is not complete with the chanting of “We will rock you,” and when tens of thousands of people stomp and sing together, it creates a sense of community in the arena that no other song can match.