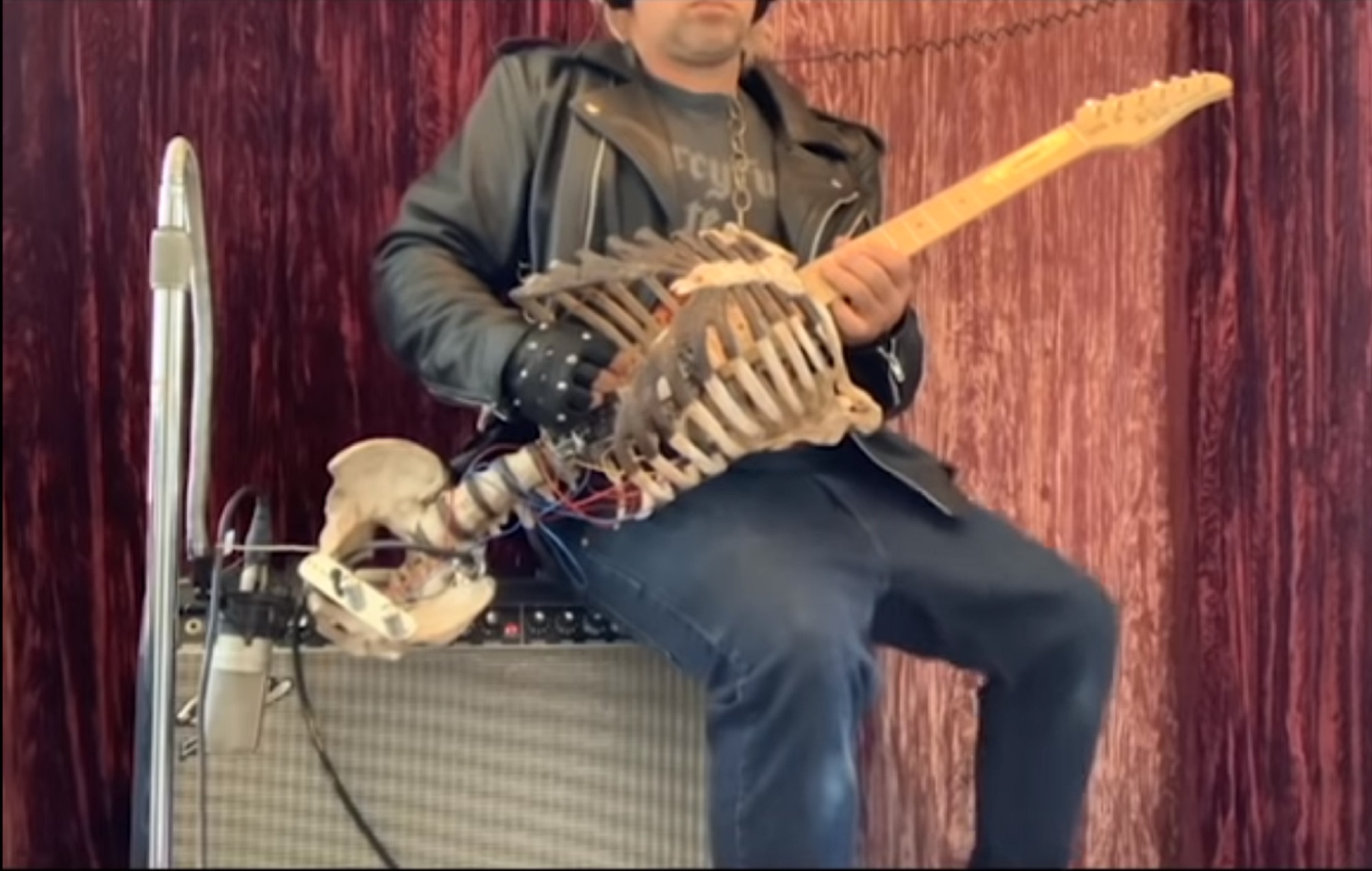 A man known as Prince Midnight has constructed a functioning guitar from the skeleton of his dead uncle.

In Midnight’s native Greece cremation is frowned upon within the nation’s Orthodox Christian church. His uncle Filip, who died in a car accident 20 years ago, had requested that his skeleton be donated to a local college for educational purposes.

After the college no longer had need of the skeleton and his family refused to have him cremated, Midnight filled out extensive paperwork to have Filip’s bones sent to his home in the US rather than pay for cemetery space.

He then attached a guitar neck, pickups, volume knobs, a jack, strings and electronics to the bones of Filip’s torso to make a fully functioning electric guitar. You can see a video of the instrument in action below.

Speaking to MetalSucks about his creation, Midnight said: “I got the box of bones from Greece and didn’t know what to do at first. Bury them? Cremate them? Put them in the attic? All seemed like poor ways to memorialize someone who got me into heavy metal.

“So, I decided to turn Uncle Filip into a guitar, which proved to be challenging. I did a lot of research and no one has ever made a guitar out of a skeleton. So, I did it. I started out consulting with two guys in Dean Guitars’ wood shop in Tampa but they got cold feet.

“Anyways, now Uncle Filip can shred for all eternity. That’s how he would want it. I’m super proud of the project and how it serves to honour him, his life and his influence on me.”

Prince Midnight’s creation rivals that of Stig Pedersen, bassist/vocalist of Danish rock band D-A-D, who went viral in 2018 for his latest bizarre instrument which resembled a giant iPhone.