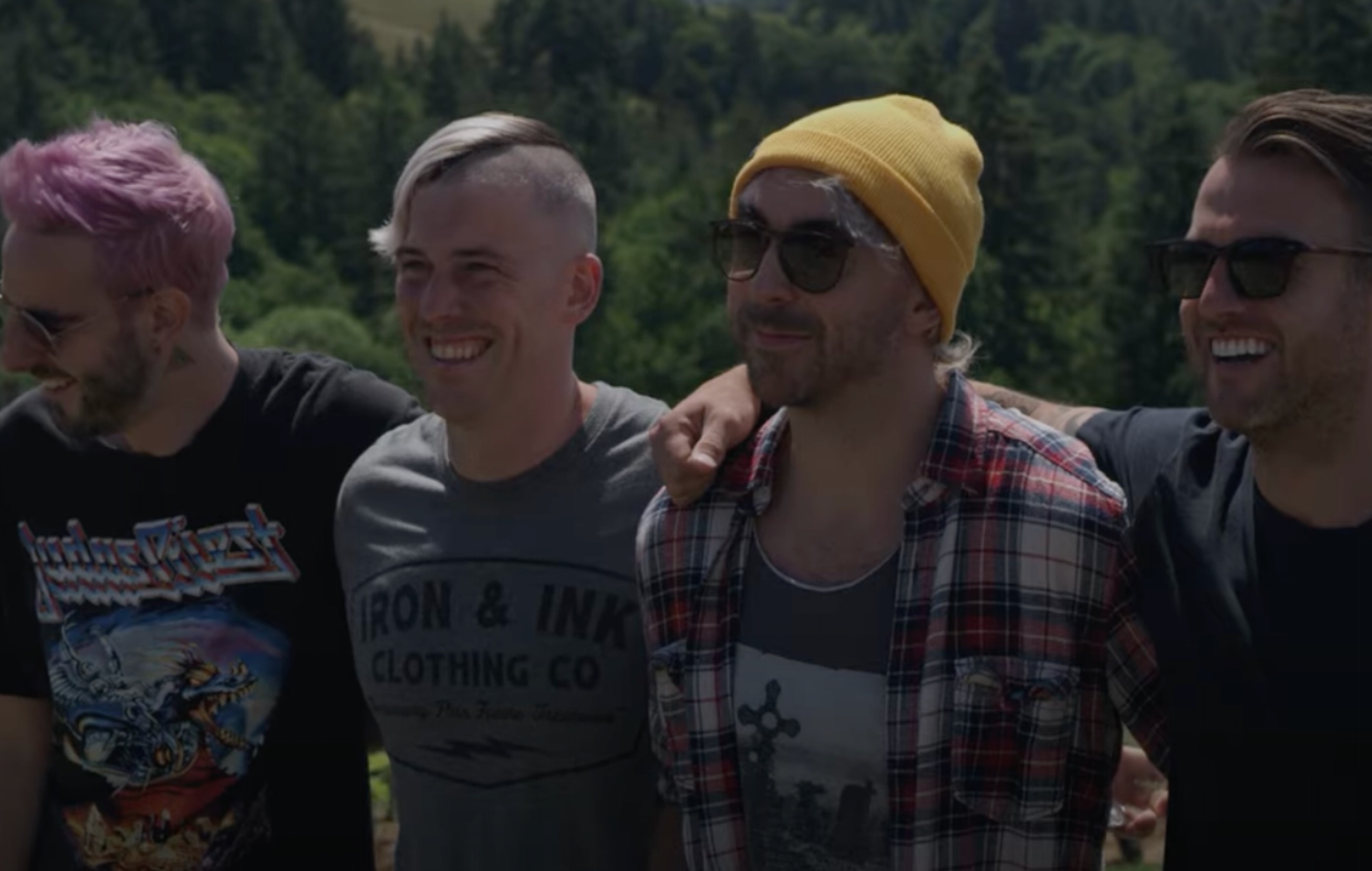 All Time Low have unveiled a new version of their summer wine this week (June 11).

The group, who debuted their Summer Daze Rosé last year, have now unveiled a new version which is said to “level up” on their first.

Inspired by their last album, ‘Wake-Up, Sunshine’, the wine is the result of a new partnership with Real Nice Winemakers which builds on their first foray into the wine industry. You can buy it here.

Frontman Alex Gaskarth said: “All roads lead to this: a foray into the endless summer, celebrated here in a refreshing rosé.”

He added: ​“We’re breathing new life into our Summer Daze Rosé by partnering with Anthony [Van Nice] at Real Nice Winemakers to elevate and expand what we originally set out to do when we ventured into the wine industry.

“We’ve levelled up Summer Daze in every way, in terms of quality and delivering on a product that we are super proud of.

“Oregon is an exciting place to make wine and we were lucky enough to visit the winery and experience first hand the level of care and quality that goes into these bottles. Upgrading and fully realising our rosé was the first bridge to cross and we’re thrilled to be sharing that with everyone now.”

Van Nice from Real Nice Winemakers added: ​“We had so much fun sharing our little corner of the Willamette Valley with Alex, Jack, Rian, and Zack.

“We take a lot of pride in this scrappy wine region, our tight community of winegrowers and the transcendent cool-climate wines we produce here. We walked our old vine – dry farmed vineyard in the Dundee Hills and shared elements of running a sustainable farming operation.

“Later the guys huddled with our winemaking team to craft this unique and delicious blend for the Summer Daze Rosé.”

An official description of the wine says it’s “a real stunner”, “unconventional” and “refreshing to the utmost.”

Back in March, All Time Low shared a new song called ‘Once In A Lifetime’. The reflective single was co-produced by Zakk Cervini and Andrew Goldstein who also helmed All Time Low’s eighth album ‘Wake Up, Sunshine’ (released last April).

According to frontman Alex Gaskarth, ‘Once In A Lifetime’ is about “loss and dealing with loss, facing harsh realities and coming out the other side stronger for it.”

“…Things can only be so bad and once it’s over, it’s over; there’s room to start rebuilding. This song feels like it’s cut from the same cloth as [2020 single] ‘Monsters’: a progression and continued evolution from the celebration of All Time Low that was ‘Wake Up, Sunshine’.”

The post All Time Low unveil “levelled-up” new version of their own brand of wine appeared first on NME.