On Easter Sunday, April 12th, 2020, Andrea Bocelli performed a very special solo concert at Milan’s famed Duomo cathedral. Titled “Music for Hope”, the event saw the legendary opera sing send out a message of “love, healing, and hope to Italy and the world” amidst the global pandemic.

Following yesterday’s livestream, full video of the concert has been released. The 25-minute visual captures Bocelli poignantly performing five pieces, including beloved classics such as “Ava Maria”, “Sancta Maria”, and “Amazing Grace”. The carefully selected works were specifically arranged for solo voice and organ for this occasion, and Bocelli was accompanied by Emanuele Vianelli, who played one of the world’s largest pipe organs. Due to the countrywide lockdown, no other performers or audience members were in attendance.

“I will cherish the emotion of this unprecedented and profound experience, of this Holy Easter which this emergency has made painful, but at the same time even more fruitful, one that will stay among my dearest memories of all time,” Bocelli reflected on the “Music for Hope” concert in a statement. “That feeling of being at the same time alone – as we all are in the presence of the Most High – yet of expressing the voice of the prayer of millions of voices, has deeply impressed and moved me.” The Grammy-nominated artist continued,

“Love is a gift. Making it flow is the primary purpose of life itself. And I find myself once again indebted to life. My gratitude goes to all those who made this possible, the City of Milan and the Curia, and to all those who accepted the invitation and joined in a planetary embrace, gathering that blessing from Heaven that gives us courage, trust, optimism, in the certainty of our faith.”

Watch Bocelli’s full Easter Sunday concert below, followed by photos from the event. A live album for the “Music for Hope” concert has also been shared on digital streaming platforms.

Italy was once the epicenter of the COVID-19 outbreak. As of today, there are over 130,000 confirmed cases in the country and more than 16,000 have succumbed to the novel virus.

Bocelli is next expected to participate in One World: Together at Home TV special, a coronavirus relief fundraiser curated by Lady Gaga. Also featuring Paul McCartney, Lizzo, and Eddie Vedder, it airs on NBC, ABC, and CBS on April 18th. 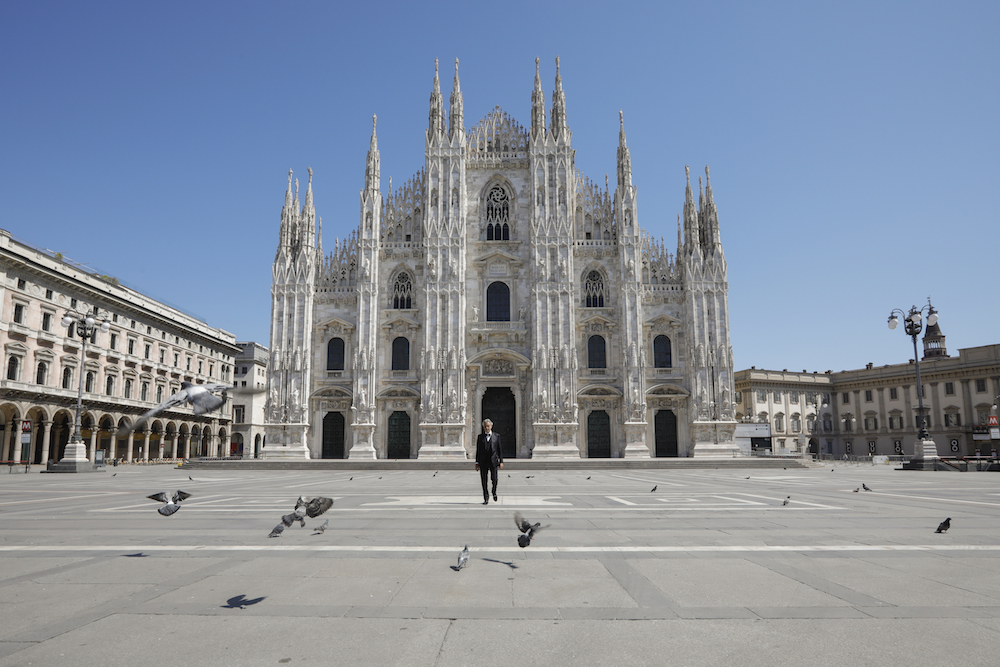 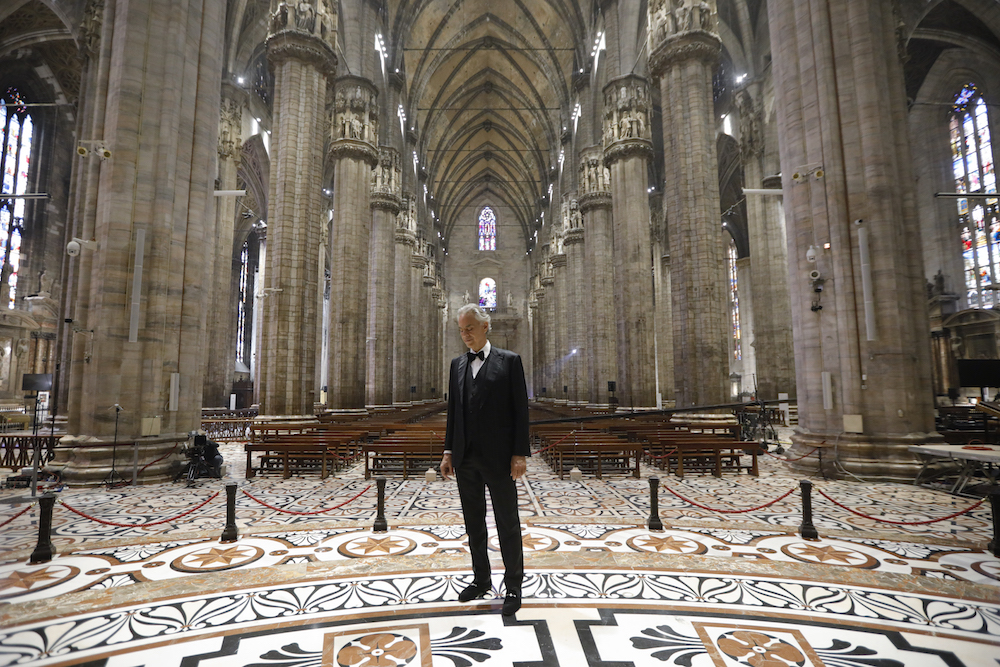 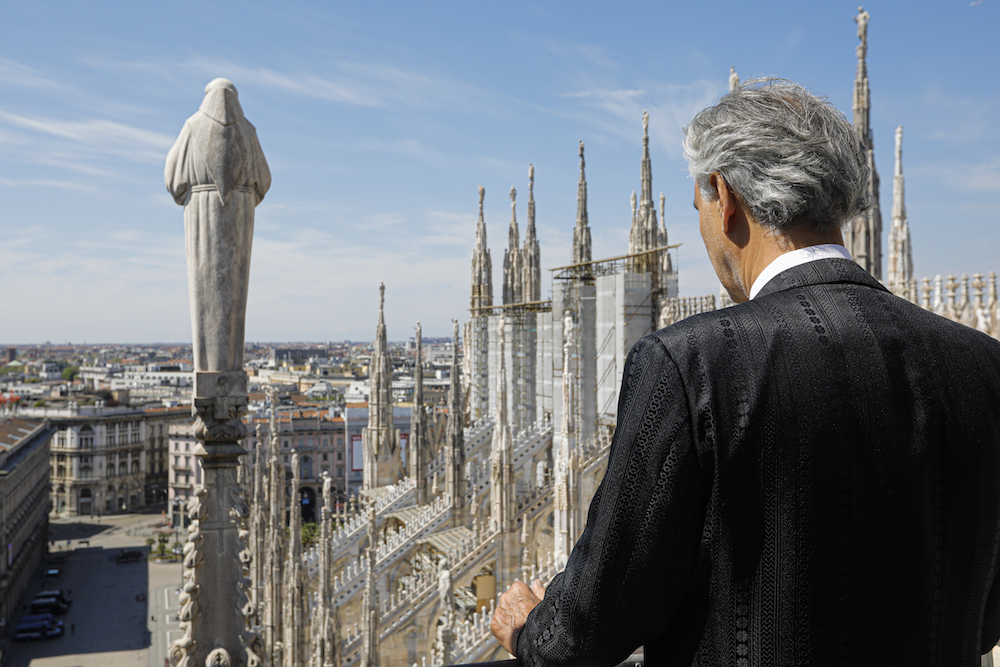 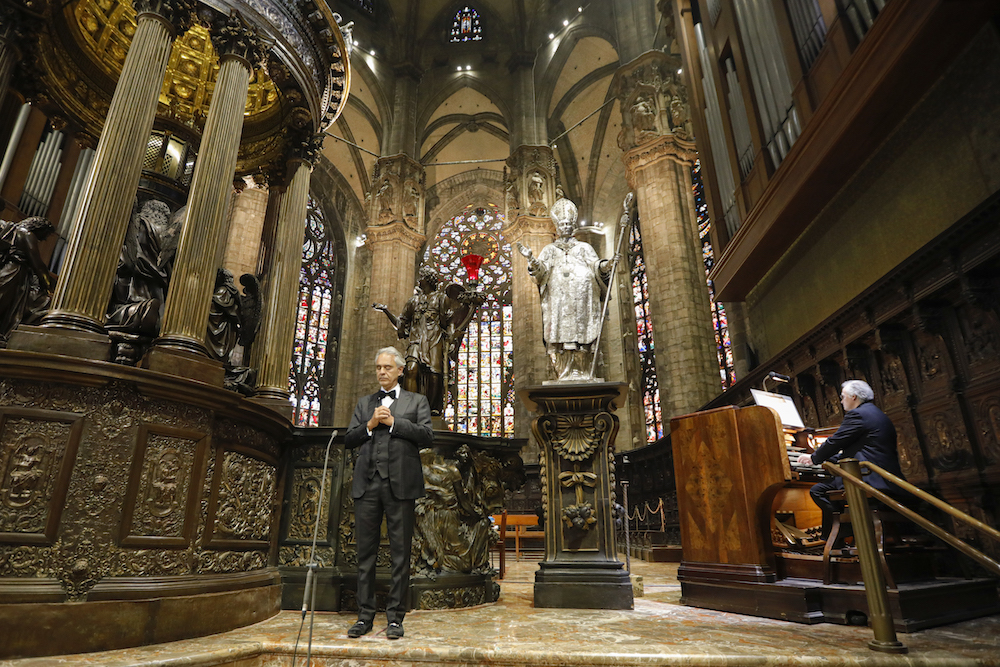 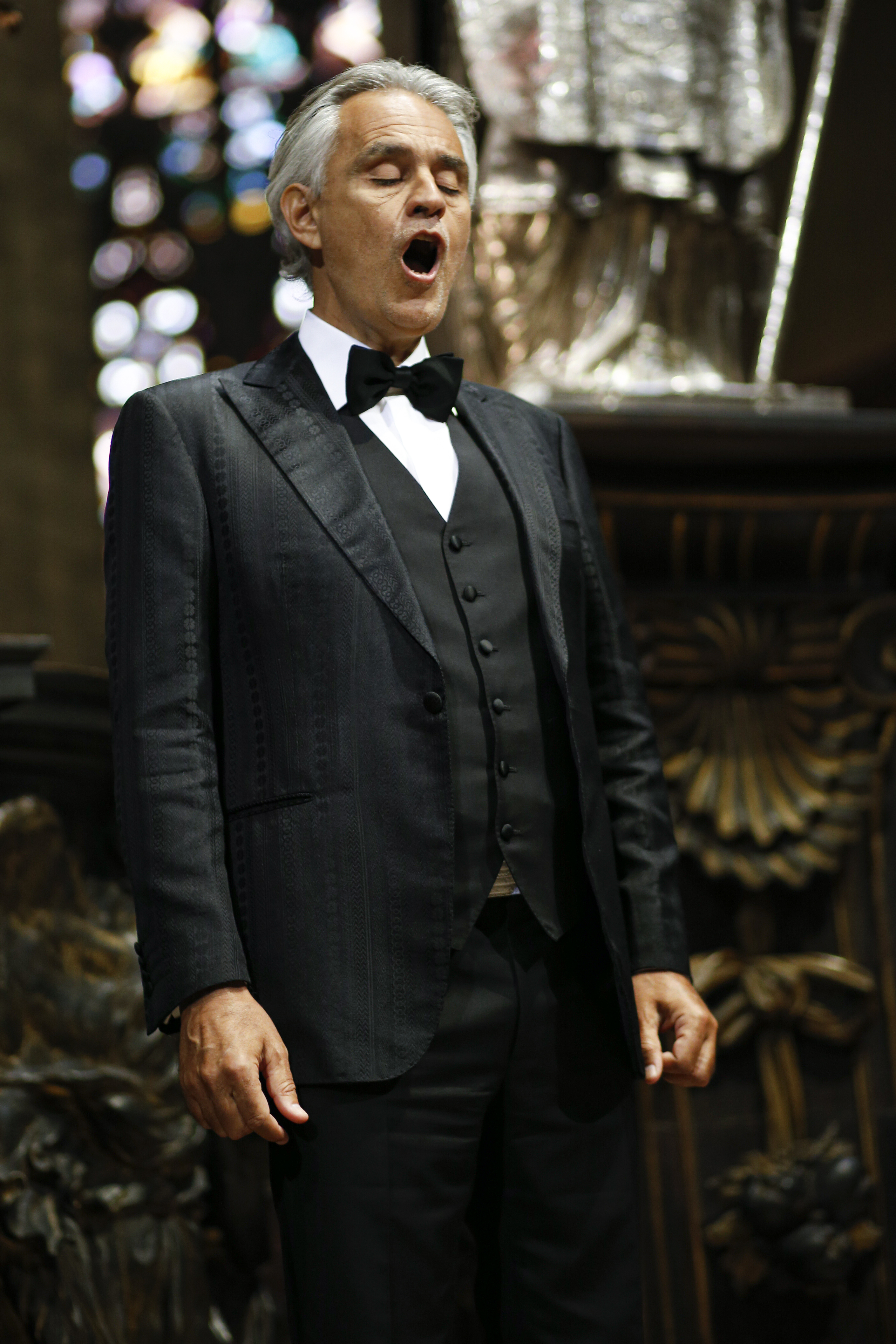