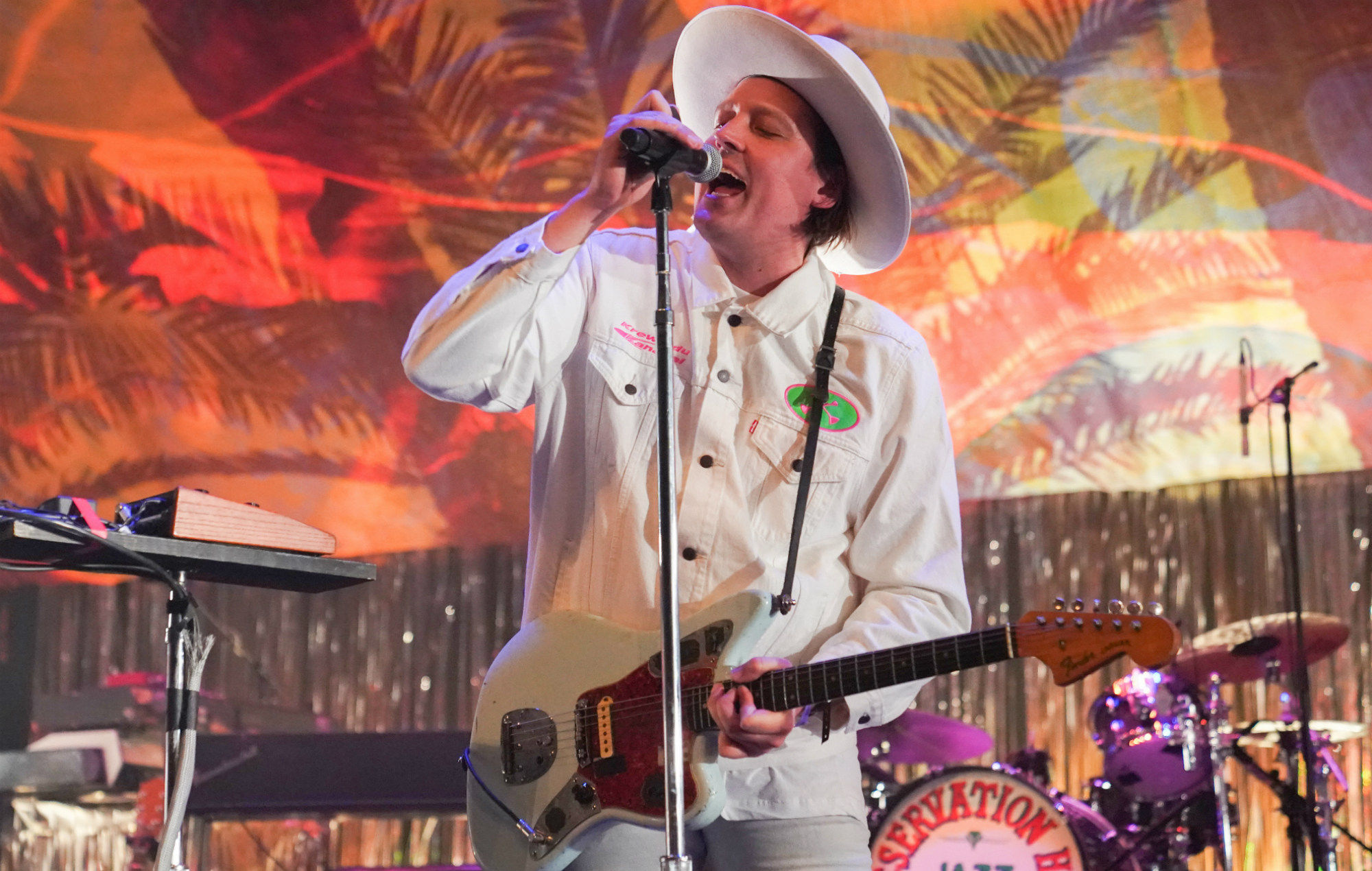 Arcade Fire frontman Win Butler has made an unlikely appearance in the new Bill and Ted Face the Music trailer.

The first glimpse of the long-awaited sequel was unveiled earlier today (June 9), with Alex Winter and Keanu Reeves reprising their roles as Ted ‘Theodore’ Logan and Bill S. Preston respectively.

Shortly after the clip landed online, fan account Arcade Fire Tube clocked that the band’s Win Butler features in one scene. “I have so many questions!” a tweet reads in response to Butler’s involvement.

The musician has since confirmed his cameo in a post on his Instagram Stories, writing: “Proud and humbled to be a member of The Future Council, formed on Day 1 after the defeat of former president ‘Basement Boy’ in November of 2020.”

Going on to reveal “a spoiler”, Butler said: “… It turns out in the future that spending money on education, universal healthcare and universal daycare is better than prisons and policing.”

You can see a screenshot of that post below. 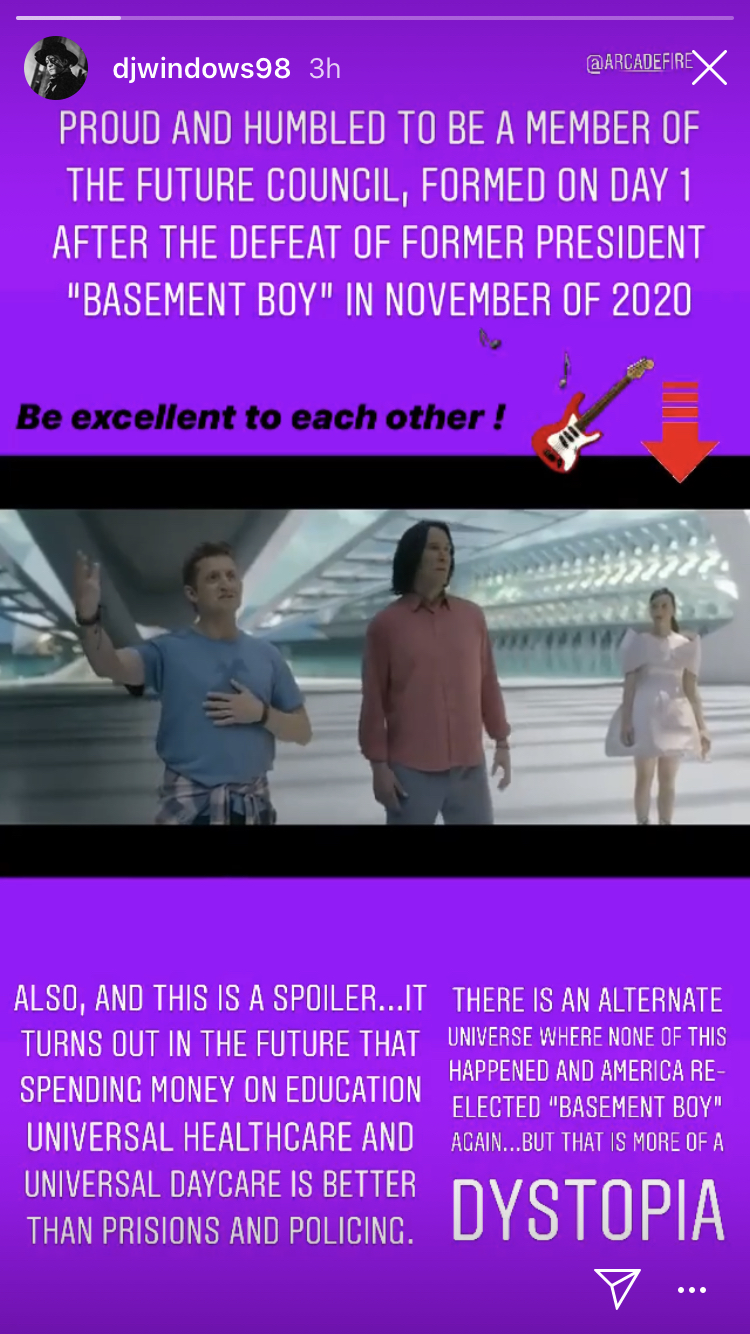 It’s not yet known if Butler took on a speaking role for the upcoming movie, which is due to arrive in cinemas on August 21.

Aside from his venture into acting, Win Butler has recently been teasing fans with snippets of new Arcade Fire material. In April, the frontman shared details of the band’s upcoming sixth album via a series of handwritten notes.

“We had been exploring a lot of lyrical and musical themes that feel almost eerily related to what is happening now (we actually have a song called Age of Anxiety written a year ago for Christ’s sake – ha ha),” he said of penning the ‘Everything Now’ follow-up.