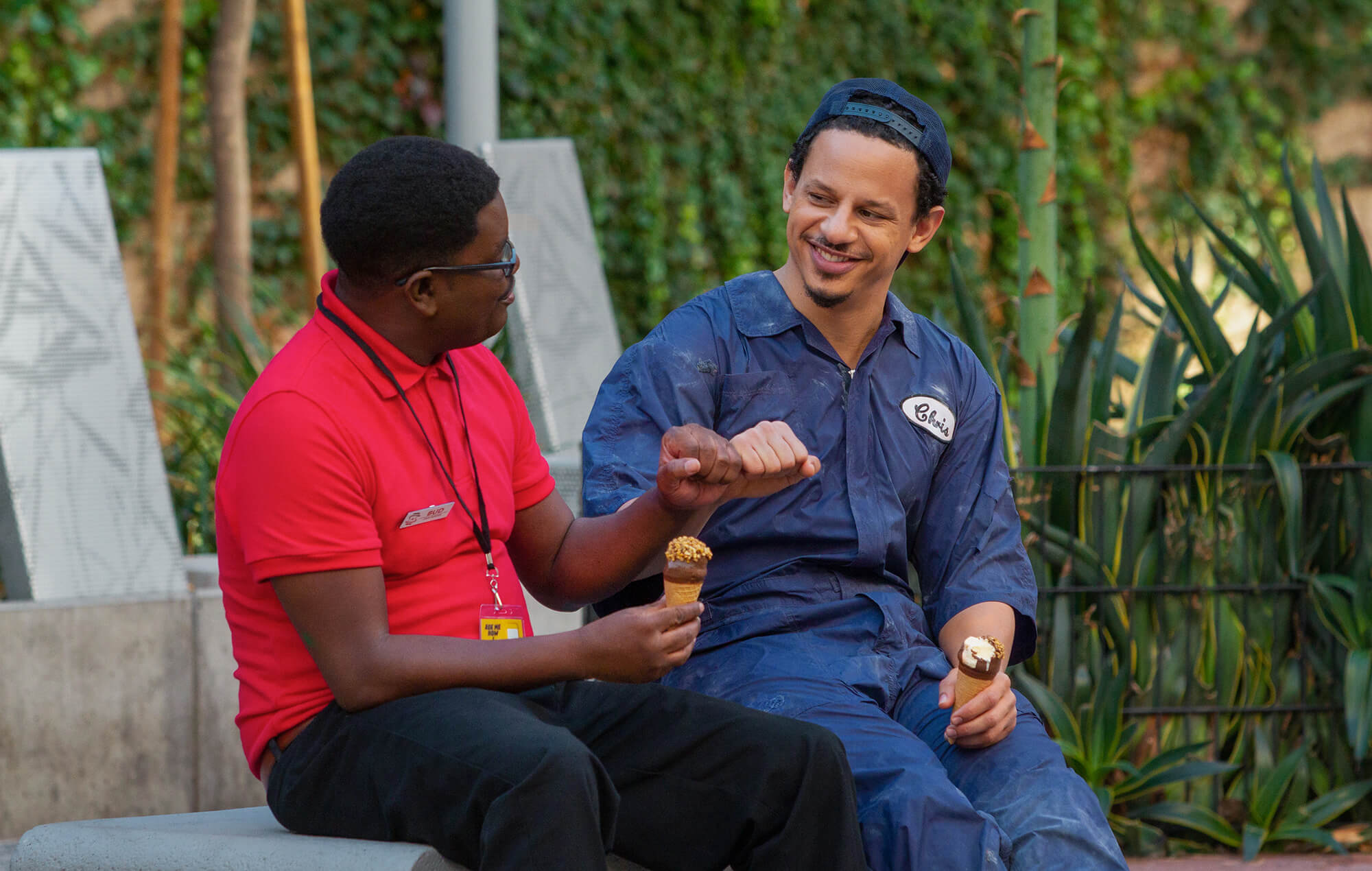 It’s been 15 years since Borat first took Sacha Baron Cohen’s pranking from the small to the big screen in an effort to wave a mirror in front of America, and raise some serious social issues. Given Hollywood’s penchant for jumping on a bandwagon, it’s odd that we haven’t seen more by way of such public practical joking in movie form. Perhaps there aren’t enough people with the willpower to put themselves in the middle of such humiliating situations, who also happen to have the creativity to make such endeavours genuinely funny.

Enter Eric Andre and his team of tricksters, who not only have some cracking ideas on how to prank the public in a big-budget way, but also a script that convincingly ties it all together.

When Chris, while cleaning cars in Florida, sees the love of his life and discovers she’s living in New York, he feels compelled to hit the road and track her down. So he and Bud grab Maria’s pink car and head north. But when the furious Trina busts out of jail, she wants her motor back.

Pranks for pranking’s sake aren’t inherently funny, which is where Bad Trip gets things right – each clever leg-pull is in someway related to the plot, and the unwitting participants play a part in progressing it. Whether it’s the street cleaner who inadvertently helps Trina escape from jail, or the passer-by begging her not to drop a man from a building.

While the earlier stunts – in particular when Bad Trip suddenly turns into a musical, much to the bemusement of a crowd of mall-shoppers – are inventive enough not to need any gross out humour, the same can’t be said for the second act, which relies heavily on the kind of stuff that would make the Farrelly Brothers wince.

By the end, Chris and Bud are back on track and providing clean and socially awkward japes that no TV gameshow would have the budget for. The plot contains few surprises, but the way the public reacts to these characters in their time of need does. With one knife-wielding exception, the trio elicit positive, heartwarming responses from people who sincerely wish to help, regardless of how zany the situations are.

Similarly, Andre and co. do an incredible job of reacting to the unpredictable. Such is Andre’s commitment to each set-piece that you can’t help but root for him, even when he’s making life a nightmare for everyone else. He’s matched step-for-step by Tiffany Haddish, whose rampaging Trina playfully bullies just about anyone she comes across, including a cop. With leads this funny, Bad Trip is easily as fun as Borat, but feels less weighed down by any desire to raise political or social points. Why bother when you can have a guy falling into a portaloo?

The post ‘Bad Trip’ is a ‘Borat’ and ‘Jackass’ mashup for the Netflix era appeared first on NME.