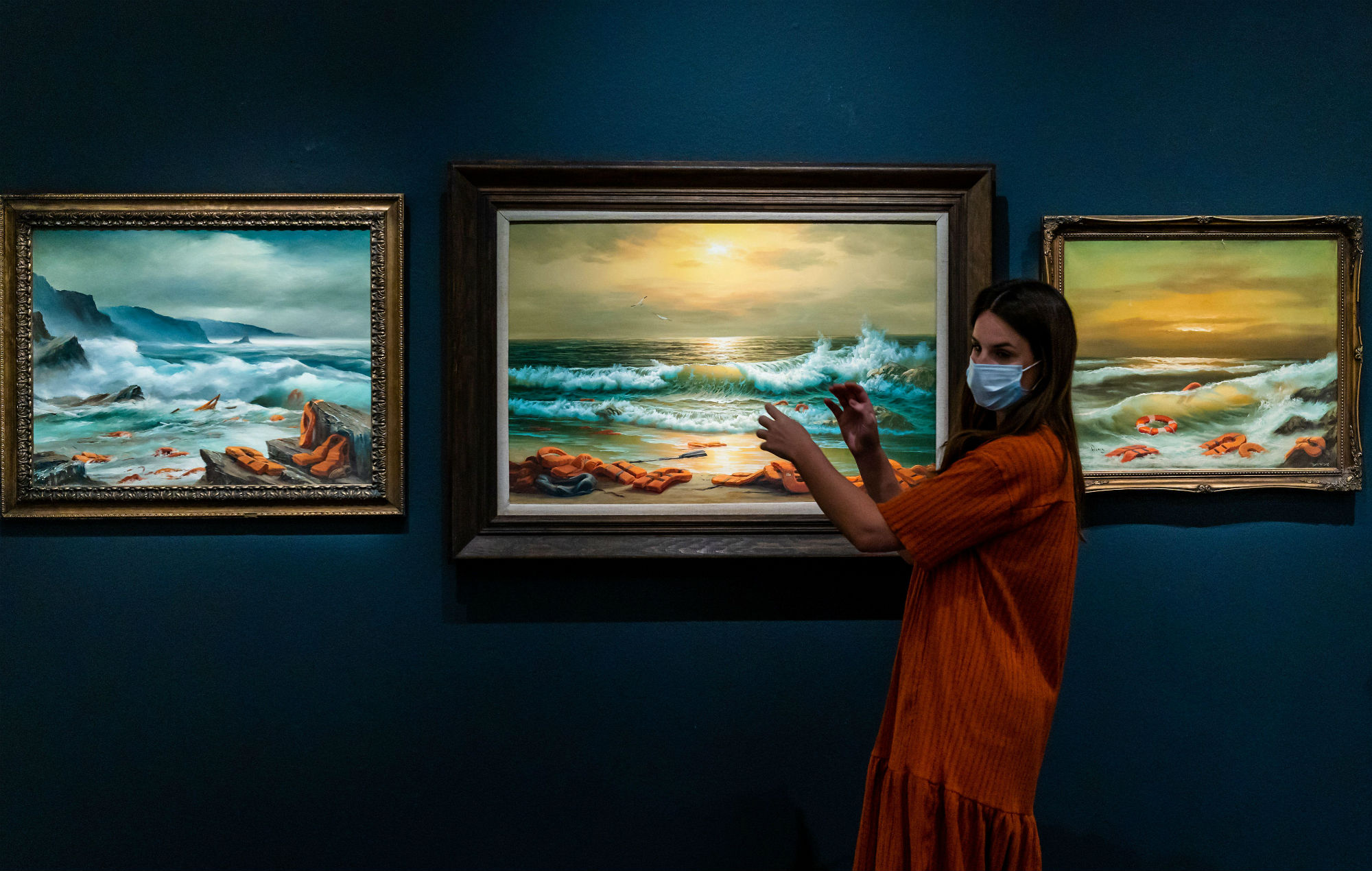 A triptych created by Banksy addressing the refugee crisis is to go up for auction to raise funds for a hospital in Bethlehem.

The artist has donated the three paintings, which will be sold by Sotheby’s in London with an estimated price of £800,000-£1.2m.

But a closer inspection shows life buoys and orange life jackets littering the shore, a politically charged statement on the thousands of migrants who have lost their lives while crossing the Mediterranean Sea.

Alex Branczik, Sotheby’s head of contemporary art for Europe, said: “This triptych hangs in Sotheby’s galleries alongside works by some of history’s greatest landscape painters, including Bellotto, Van Goyen and Turner. Banksy’s work, however, stands alone for its potent political message.”

The artwork was originally displayed in Banksy’s ‘Walled Off Hotel’ which debuted in Bethlehem in 2017.

The Bristol-born street artist set up the exhibition in a building next to the barrier wall built by Israel in the occupied West Bank region. Priding itself on offering “the worst view in the world”, the instalment also acted as a real hotel.

Earlier this month, Banksy also debuted a coronavirus-themed artwork on the London Underground, before it was accidentally removed by a cleaner.

In June, he also debuted an Instagram sketch which saw him comment on Bristol’s toppled statue of Edward Colston.