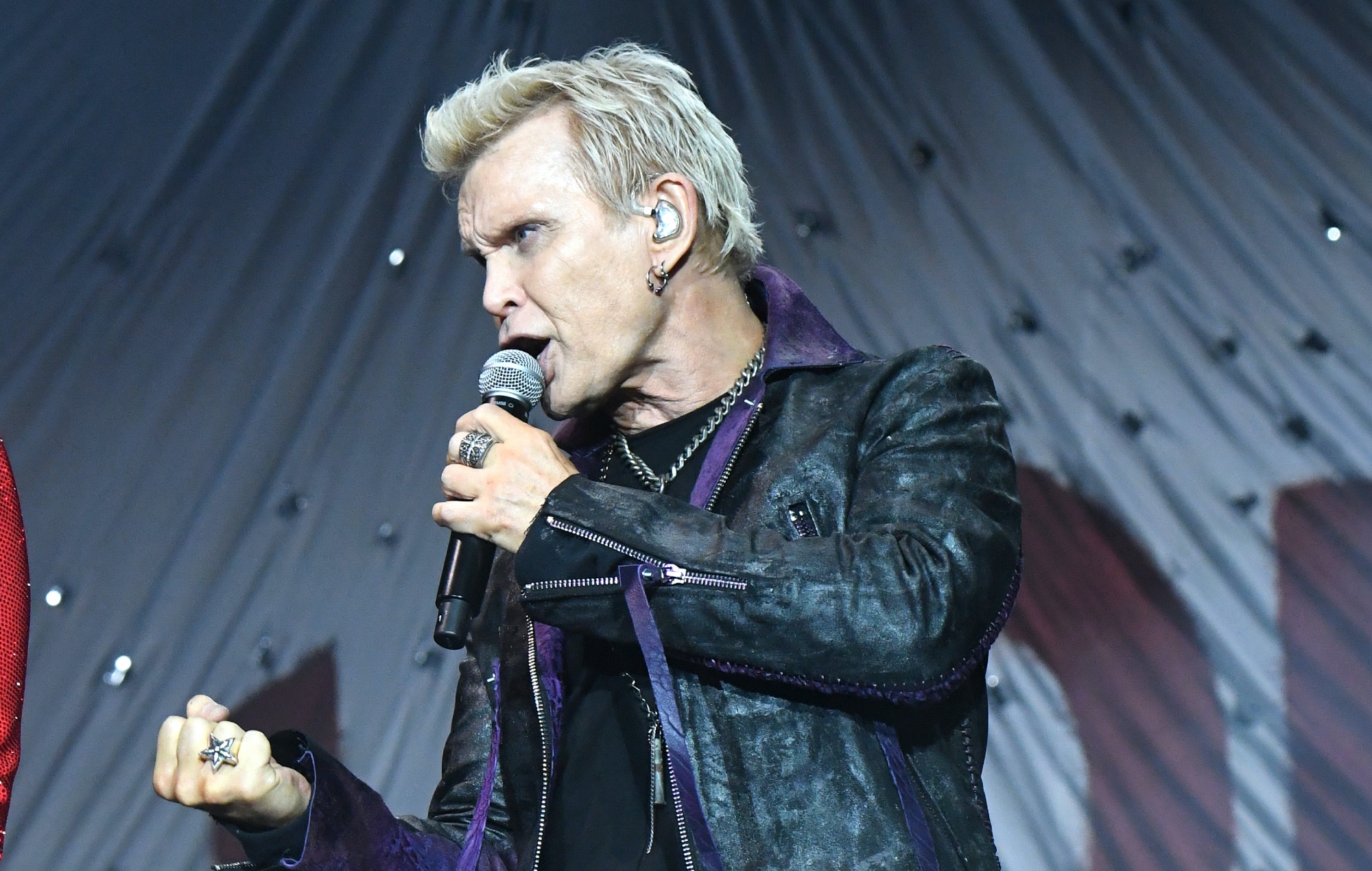 Billy Idol has announced a new EP called ‘The Cage’ and released its title track – listen below.

The singer-songwriter will release the four-song collection on September 23 via Dark Horse (pre-order/pre-save here). It’ll follow on from his previous EP ‘The Roadside’, which came out last year.

“The last EP, we were kind of warming up to this,” Idol explained of his forthcoming project in a statement. “This EP is a lot more coming at you. Loads more guitar. And that’s a lot of fun.

“We were pretty fired up by the fact that we hadn’t played for a couple of years, and suddenly we were bursting on stage, and it kind of woke us up to what the next EP could be: that it could be a little more sturm und drang, a little more coming at you, a little more rock ‘n’ roll, a little more fuck you!”

He added: “Well, a tiny bit of fuck you, anyhow. The bottom line is we had a lot of fun doing it.”

The bruising new single ‘Cage’ comes with an accompanying official music video, which was directed by Steven Sebring. You can watch it above.

Back in May, Idol was forced to postpone his scheduled UK and European headline tour (originally set to take place this June and July) to September and October due to “health challenges”. He recently returned to the road in the US.

Billy Idol’s upcoming UK tour dates – his first on these shores since 2018 – can be seen below, with any remaining tickets available here.