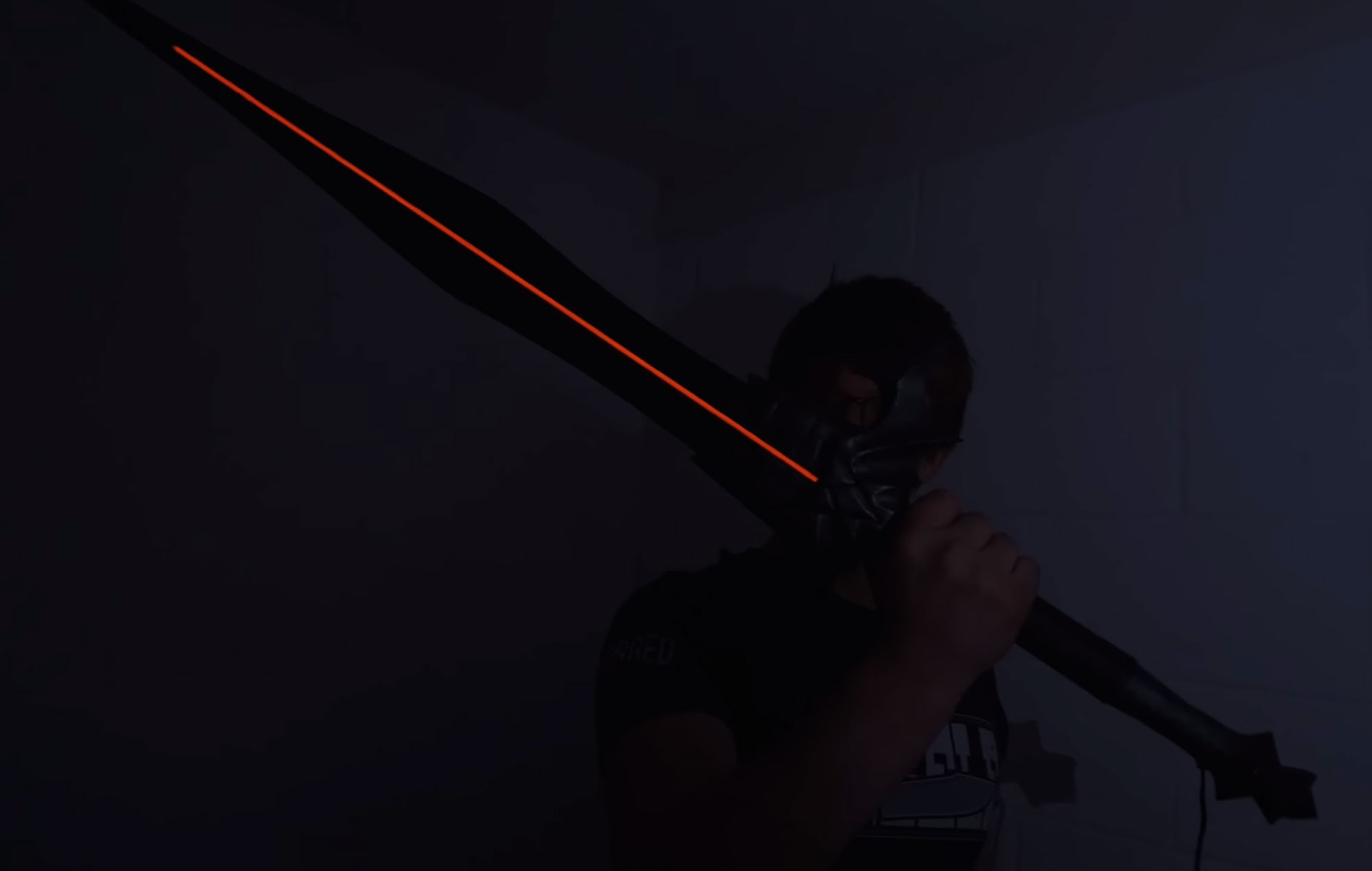 British blacksmith Alec Steele has forged a real-life version of the sword wielded by Nokvroz in the upcoming Blackwood expansion for The Elder Scrolls Online.

Bethesda Softworks released the next expansion for its MMO game set in The Elder Scrolls universe last week. YouTube star Alec Steele, who specialises in showing the process behind creating real life weapons and armour, worked with Bethesda to create a replica of a sword from the game, glow and all.

The full video of the blacksmithing process for Nokvroz’s sword is below:

In a press release Steele stated: “I’ve always been fascinated by steel weapons, like swords and axes, so when Bethesda reached out about making the ultimate fantasy sword, I had to take them up on it.”

He continued, explaining the challenge of the crafting process: “I’ve been forging things out of steel since I was 11-years-old. From the glowing red element to the intricate scallops of the guard, Nokvroz’s sword was definitely one of the most challenging sword designs I’ve ever had to tackle and I can’t wait to see it being wielded in-game.”

Earlier in the year, Bethesda confirmed that The Elder Scrolls Online will be getting an enhanced version for consoles, which will make use of the next-gen capabilities of the PlayStation 5 and Xbox Series X/S.

The Elder Scrolls Online also saw an update in April that hints at Bethesda phasing out real-world purchases, by allowing players to earn loot boxes by playing the game.

The new system of acquiring loot boxes in The Elder Scrolls Online falls under the game’s Endeavours system. This provides Crown Crate items in exchange for Seals of Endeavour. From this, these Seals can be earned through a rotating daily or weekly list of optional tasks and side quests.

The post Blacksmith Alec Steele brings a sword from ‘The Elder Scrolls Online’ to life appeared first on NME.