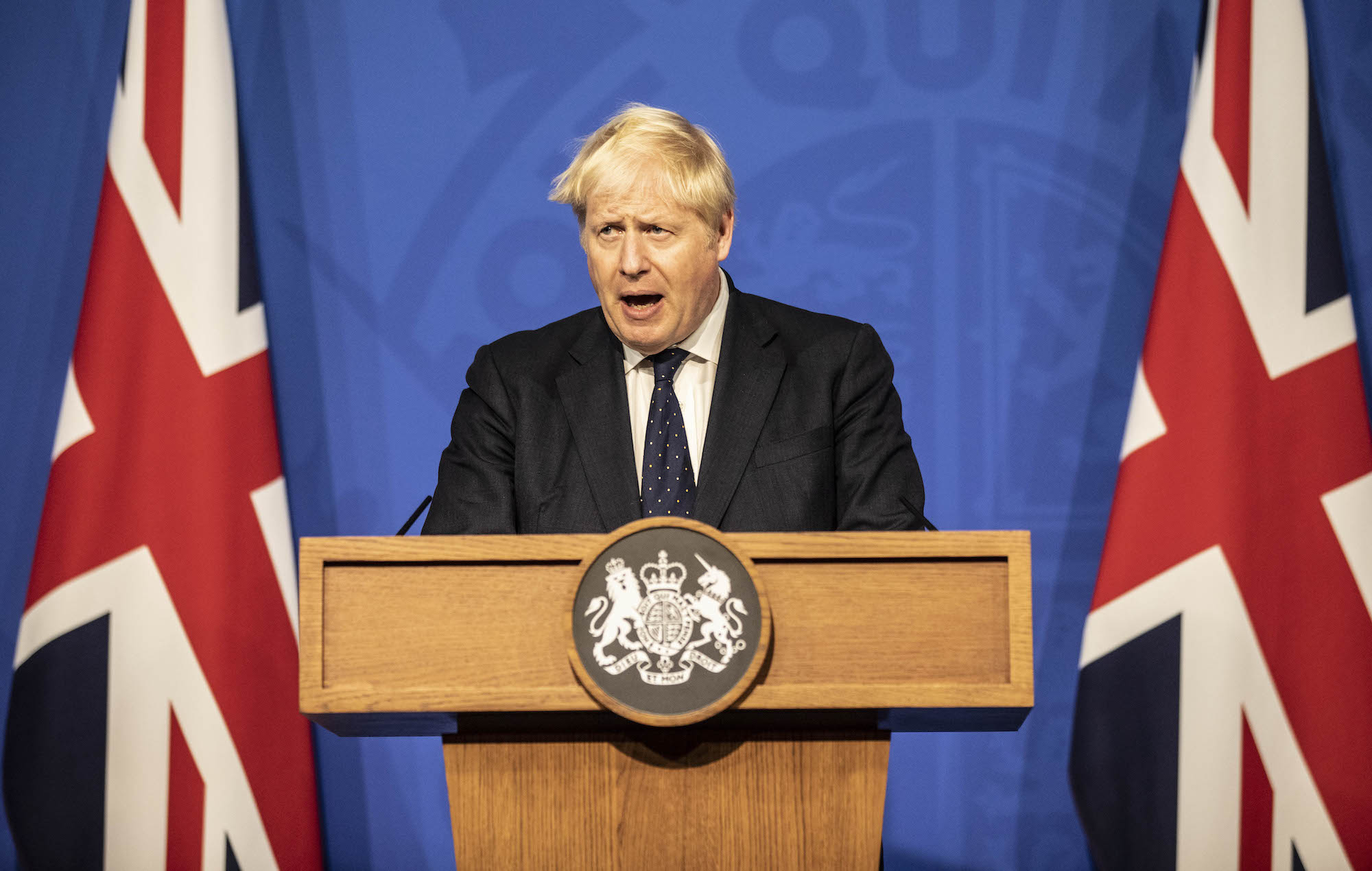 UK Prime Minister Boris Johnson has laid out his winter COVID plan, including a potential ‘plan B’ for vaccine passports at large events.

The Prime Minister revealed the plans in a press conference held at Downing Street yesterday (September 14). In the speech, he said that while the government and its scientific advisers are “confident in the vaccines that have made such a difference to our lives,” they did not rule out new measures coming into place in the event of “unsustainable pressure” being put on the NHS.

These potential measures include mask wearing becoming mandatory once again, staff being asked to work from home and vaccine passport certificates being required for events with over 500 people in attendance.

The news comes after the government’s plans to introduce coronavirus vaccine passports in order to gain entry into nightclubs and large events in England was scrapped last week.

The scheme, which was met with backlash from industry leaders when it was first announced back July, was confirmed to be going ahead earlier this month. However, health secretary Sajid Javid has since confirmed the government has decided not to move forward with it.

“I’m pleased to say we will not be going ahead,” Javid told BBC News. “We shouldn’t be doing things for the sake of it.”

Speaking on The Andrew Marr Show, the health secretary said: “I’ve never liked the idea of saying to people you must show your papers or something to do what is just an everyday activity, but we were right to properly look at it.”

The Night Time Industries Association said the plans could have crippled the industry and might have seen nightclubs face discrimination cases.

In an unexpected turn in yesterday’s press conference, Nicki Minaj was criticised by the UK’s chief medical officer Chris Whitty after she tweeted that COVID vaccines are linked to impotence.

The comments came after the rapper claimed a cousin of hers in Trinidad refused to get the jab because “his friend got it [and] became impotent” and “his testicles became swollen”.