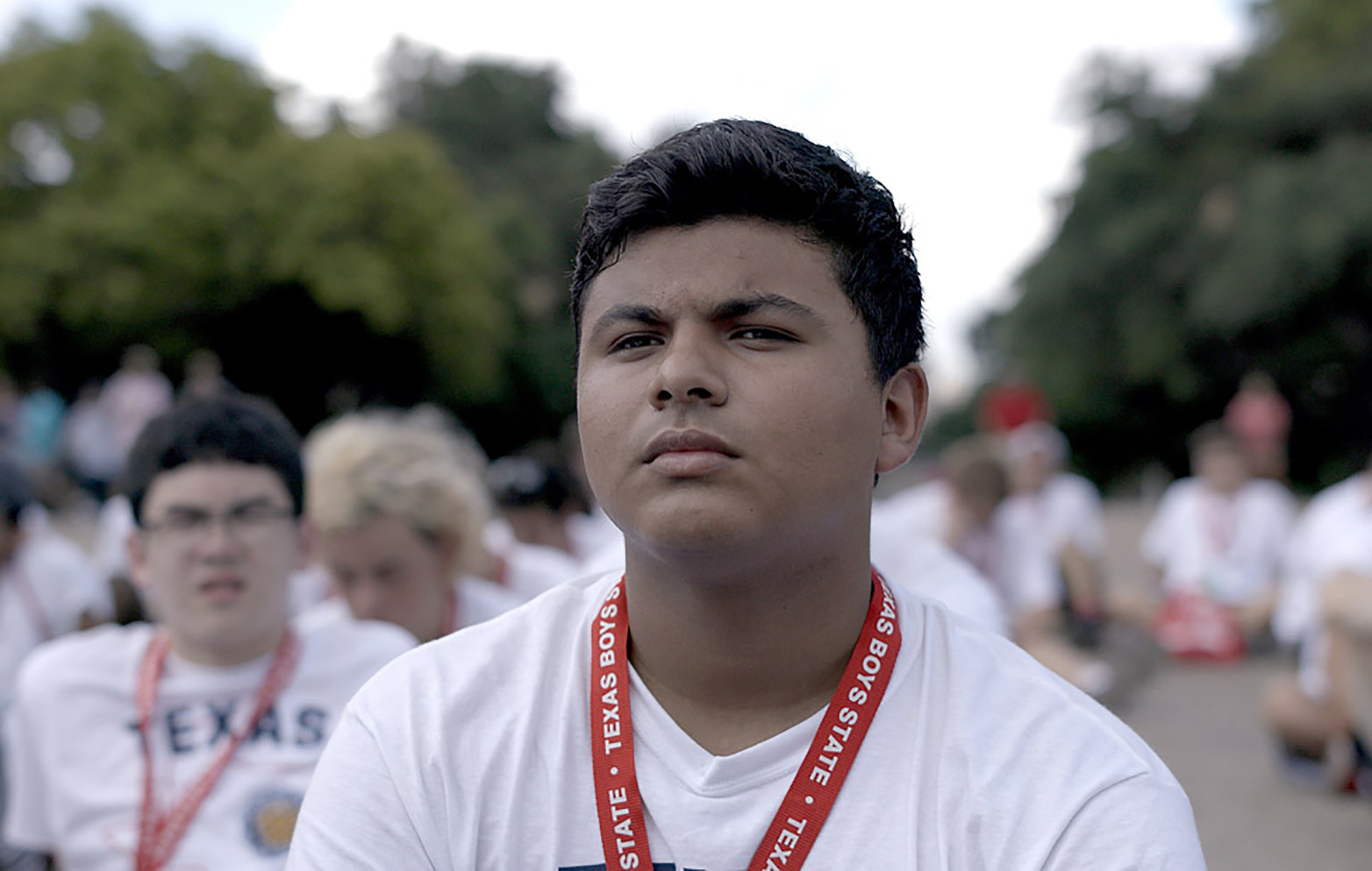 Boys State, Amanda McBaine and Jesse Moss’ Sundance-winning documentary, is an occasionally excruciating but always captivating political commentary that hints at what the future of US democracy might look like. Arriving this week on Apple TV+, the film spotlights the Texan chapter of a week-long annual leadership conference that teaches young men about government. It culminates in a simulated two-party election where some attendees compete to become ‘governor’. All of these candidates are 17-years-old, and McBaine and Moss use this fact to comment on the cyclical, sometimes dirty nature of grown-up politics. Tellingly, Bill Clinton and Dick Cheney are mentioned as past participants of the event.

Set during the event’s 2018 edition, Boys State shows a lot of white, pro-gun and pro-life supporting young men whoop like frat boys and make sinister promises: “Our masculinity shall not be infringed”. Eventually, we’re introduced to four key players from both parties (the Nationalists and Federalists) whose perspectives have been masterfully selected specifically because they sit outside of Trump’s ‘MAGA Youth’ blueprint.

On the Federalist side, we first meet Ben Feinstein. Introduced in his home, he proudly presents a Ronald Reagan action figure to the camera. Later, he readily uses his status as an amputee in political branding. On the opposing side is Steven Garza, a Latino Bernie Sanders fan who does well thanks to his “ask me anything” approach. There’s also Chicago native René Otero, who enjoys an instant win but is then threatened with impeachment by a small band of seemingly all-white Nationalists. Poised to grab the spotlight at any given time is Rob MacDougall, blessed with the hair and athleticism of a Richard Linklater high schooler. He speaks grandly of his right-wing beliefs before later confessing to the camera that he’s pro-choice.

Through this rich array of characters, we enjoy an engaging multi-narrative journey that’s part-teen drama and part-political thriller. During the public speeches especially, it’s fun to watch mini-politicians deliver clearly-borrowed phrases with mismatched voices that have not yet grown accustomed to rousing scores of people. Interestingly, a meme account features somewhat successfully in the Federalist campaign, highlighting the power social media holds over young people’s perceptions.

Of course, some prior knowledge of American politics is helpful here. But most will be more interested in these characters than the intricacies of the system they’re playing. Boys State is capable of enraging, elating and entertaining all at once.