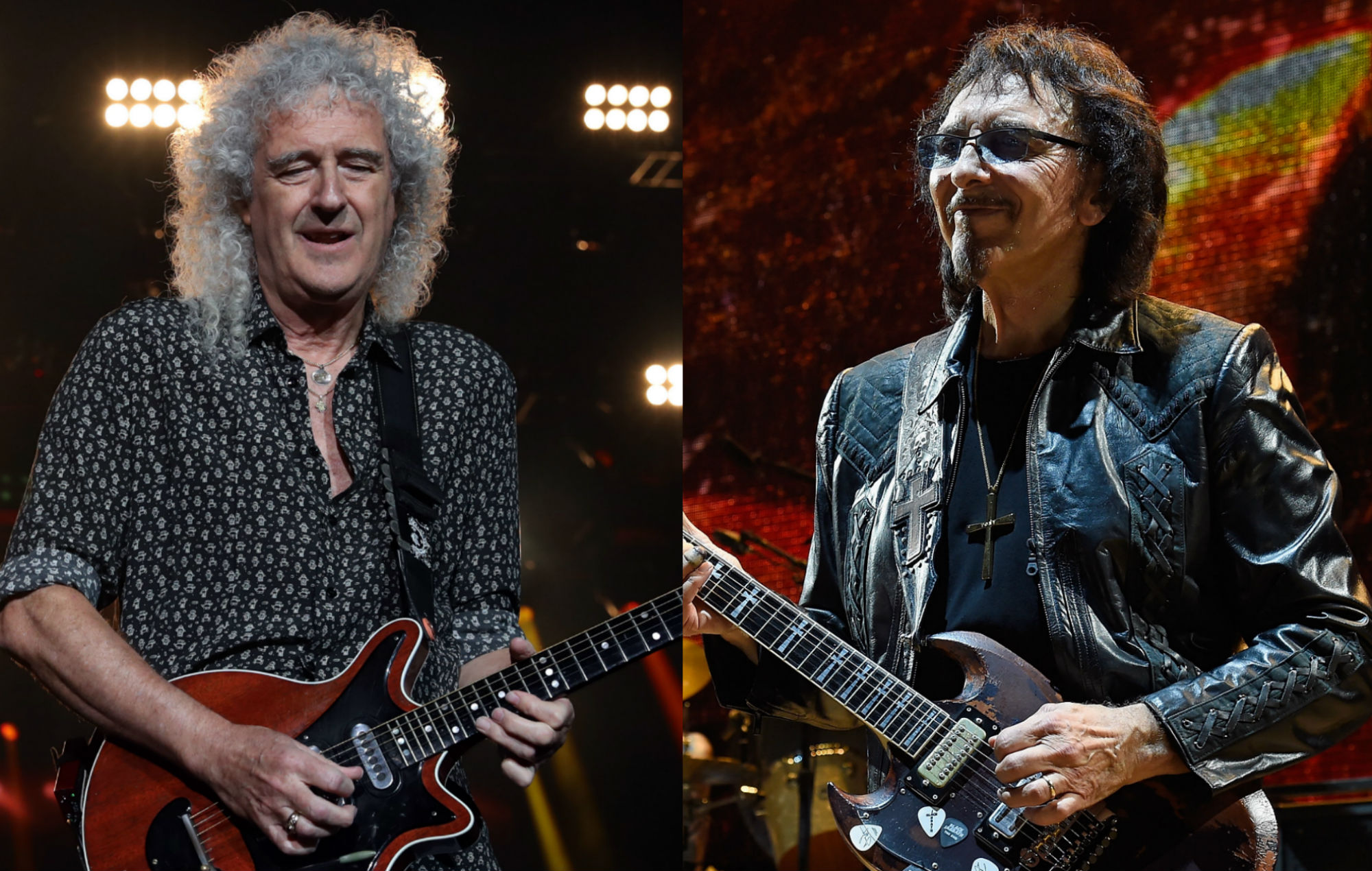 Brian May has spoken about his long-rumoured collaboration with Black Sabbath‘s Tony Iommi, revealing in a new interview that fans’ hopes shouldn’t be dashed just yet.

The Queen guitarist, who is good friends with his Sabbath counterpart, said the pair have spent many hours chatting and listening to riffs Iommi has written but never used.

“I think there is a chance,” May told Guitar World of the likeliness of fans ever hearing what they’ve written together. “We do more talking than anything else, but we do a lot of talking. [Iommi] is really my dearest friend in the business and has been for so many years.

He continued: “I could write books about Tony because he’s just the most [pauses]… I don’t even know how to put it into words. You know, he’s a luminous human being is Tony, with a wonderful, kind nature and an incredibly baffling sense of humour.

“And, of course, he is the father of heavy metal. He did that. He made that happen. And it’s from his fingers and his mind. That young ex-welder, he made that happen. So, you know, he forever wears that medal, I think. He founded this stuff, heavy metal, in my opinion. I mean, I think probably most people would agree.”

Iommi told the Birmingham Mail in 2013 that the idea of him and May working together surfaced when the pair met up shortly after he was diagnosed with cancer.

“When I was first ill, Brian May came to visit me at my house in Lapworth,” Iommi told the publication. “I played him some of my stuff, rock riffs that I’d never quite got round to developing, or decided not to use. He said I ought to do something with them.

“It’s early days yet, and all my attention in on SABBATH for the foreseeable future, but we may well find some way of working together on them, and making them available in some shape or form.

“One of the ideas we had is that we could make the riffs available, get fans to use them in songs of their own, and see what they come up with. That way they’d effectively be recording with Brian and myself.”

Black Sabbath finished their last major tour in February 2017. Iommiand was diagnosed with cancer in late 2011 and is currently in remission, as Blabbermouth reports, and can no longer travel for extended amounts of time.

May, meanwhile, has had his own health issues. In May, the musician revealed he’d suffered suffered a “small” heart attack and thanked fans for their support following his “very near death” experience.