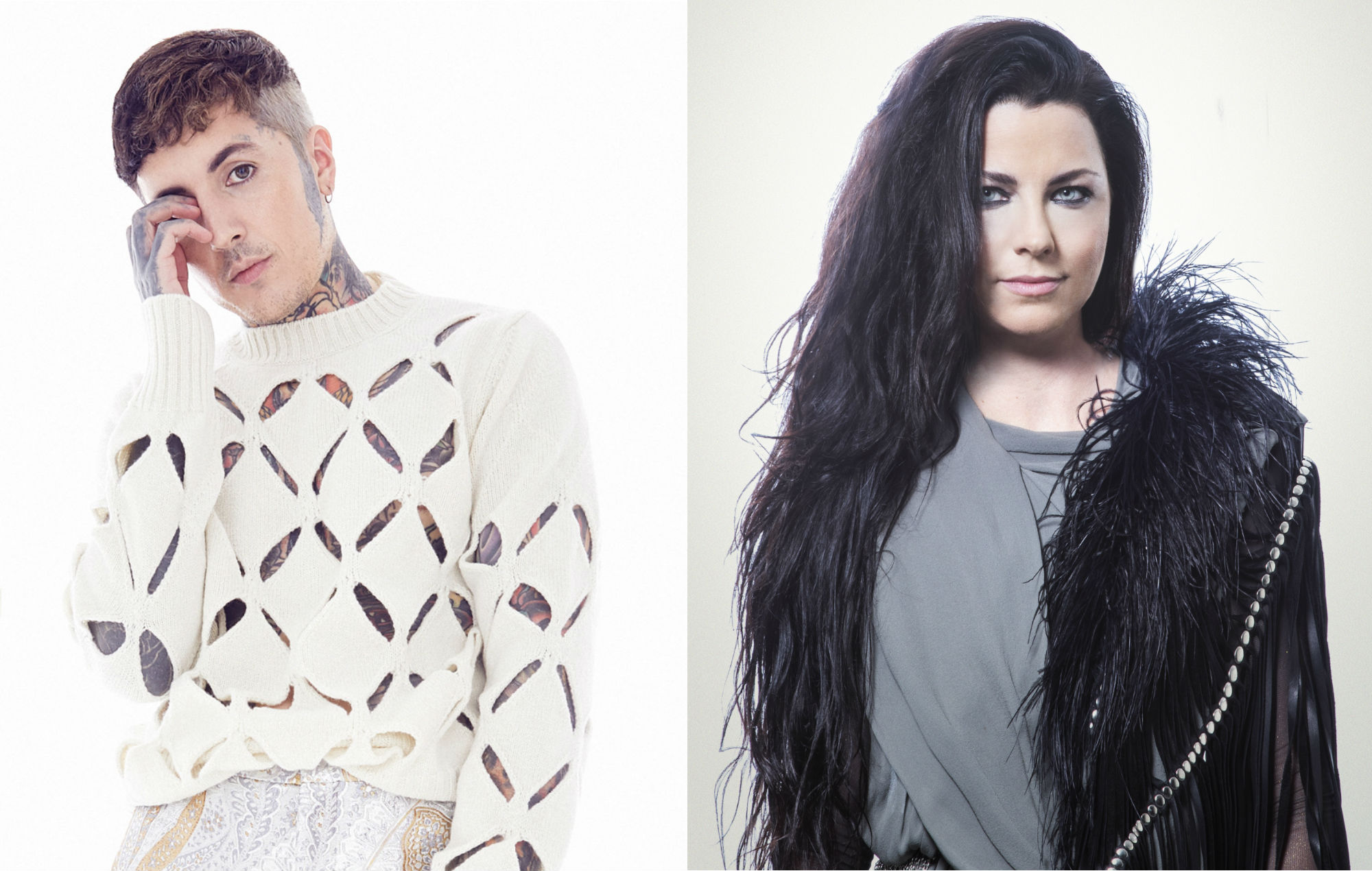 Bring Me The Horizon have revealed that Evanescence once sued the band, before it emerged that singer Amy Lee was a fan and they agreed to collaborate together.

Speaking to NME for this week’s Big Read cover story, BMTH frontman Oli Sykes revealed the unusual way that Amy Lee came to feature on the new song ‘One Day The Only Butterflies Left Will Be In Your Chest As You March To Your Death’ from their new EP, ‘Post Human: Survival Horror‘.

“The weird thing about Evanescence is that we got sued by them on our last record,” Sykes says with a smile. “On ‘Nihilist Blues’ [from 2019 album ‘amo’], we ripped off one of their verses. It was subconscious, but when it happened we were like, ‘We’re not even going to argue’.”

After the band agreed to share a songwriting credit with Lee, Evanescence’s management got in touch: “They were like, ‘Amy really likes your band and would love to work with you’. That was the silver lining.”

Sykes added: “The idea of that song is that I’m mankind, Amy is Mother Nature and it felt like the perfect thing to have the mother of rock singing it.”

Elsewhere in our interview, as well discussing cancel culture and the impact of coronavirus on the world stage, Sykes spoke of how the band came to work with the other collaborators on ‘Survival Horror’, namely Yungblud, Nova Twins and BABYMETAL.

Of Yungblud, Sykes told us: He’s the kind of artist that rock needs – the kind of rock star that changes a scene. I love him; he lights up a room. He’s the polar opposite to me. I wish I could have that confidence that he has. It’s infectious and that’s why a lot of kids look up to him.

“Not since Bowie have we had people who are just so unashamedly and genuinely themselves and don’t give a fuck or play by the rules.”

‘Post Human: Survival Horror’ by Bring Me The Horizon is out now.

The post Bring Me The Horizon got sued by Evanescence, but Amy Lee was a fan so they worked together appeared first on NME Music News, Reviews, Videos, Galleries, Tickets and Blogs | NME.COM.