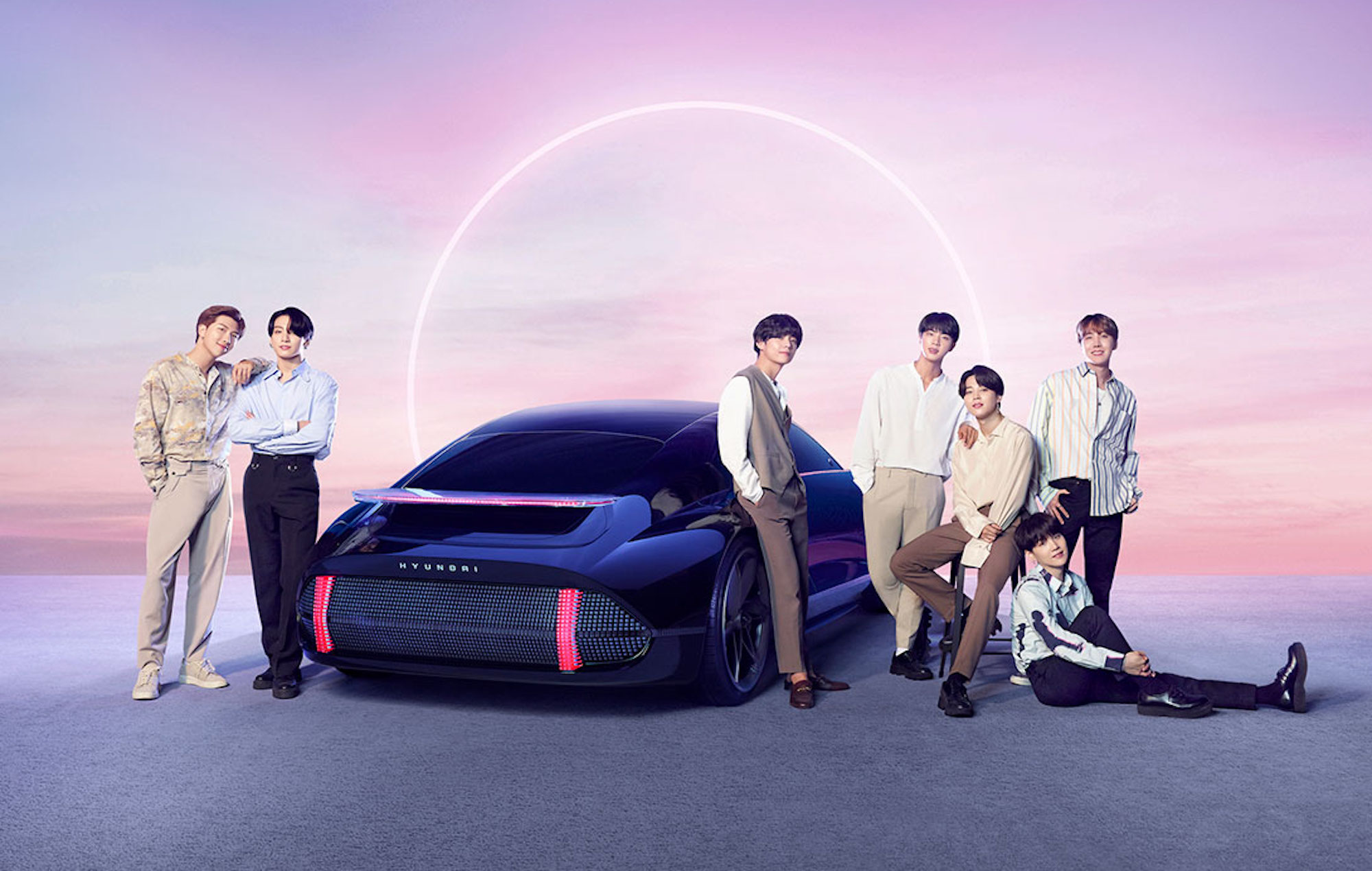 BTS have shared a new song called ‘IONIQ: I’m On It’ – scroll down the page to listen to it now.

The group wrote the new song as part of their ongoing collaboration with Korean car manufacturer Hyundai, celebrating the launch of its new electric vehicle (EV) brand, IONIQ.

“Full energy, higher esteem/Better focus on what’s charging me,” raps RM on the track. According to Hyundai, the lyrics “reflect the need for progress and a future full of new possibilities, with each member of BTS singing lyrics that reflect a new future”.

A music video for the track will be released on Wednesday (September 2), while the song is available for free download from the Hyundai website now. Watch a lyric video for ‘IONIQ: I’m On It’ below now.

The new release follows BTS’ debut performance at the MTV VMAs, where they gave the live premiere of their new single ‘Dynamite’. The band also took home all four awards they were nominated for – Best Group, Best Pop, Best K-pop and Best Choreography for ‘On’.

‘Dynamite’ was released last week and became the band’s highest-charting entry on the Official UK Singles Chart in their career so far, entering at Number Three. In the US, they are expected to top the Billboard Hot 100, with positions announced later today (August 31).

Speaking to NME last week, BTS explained how the coronavirus pandemic had made them “think more deeply” about music. “It has been a difficult year for many,” the band’s leader RM said. “We have also had to face many surprises and changes. That naturally made us think profoundly about music.

“We can honestly say that we love it, and we are passionate about singing and dancing more than anyone. We realised, however, that no matter how passionate we are, we need our fans there to listen to our songs and watch us perform. It made us eager to comfort and give joy to people through our music and performance more than ever.”