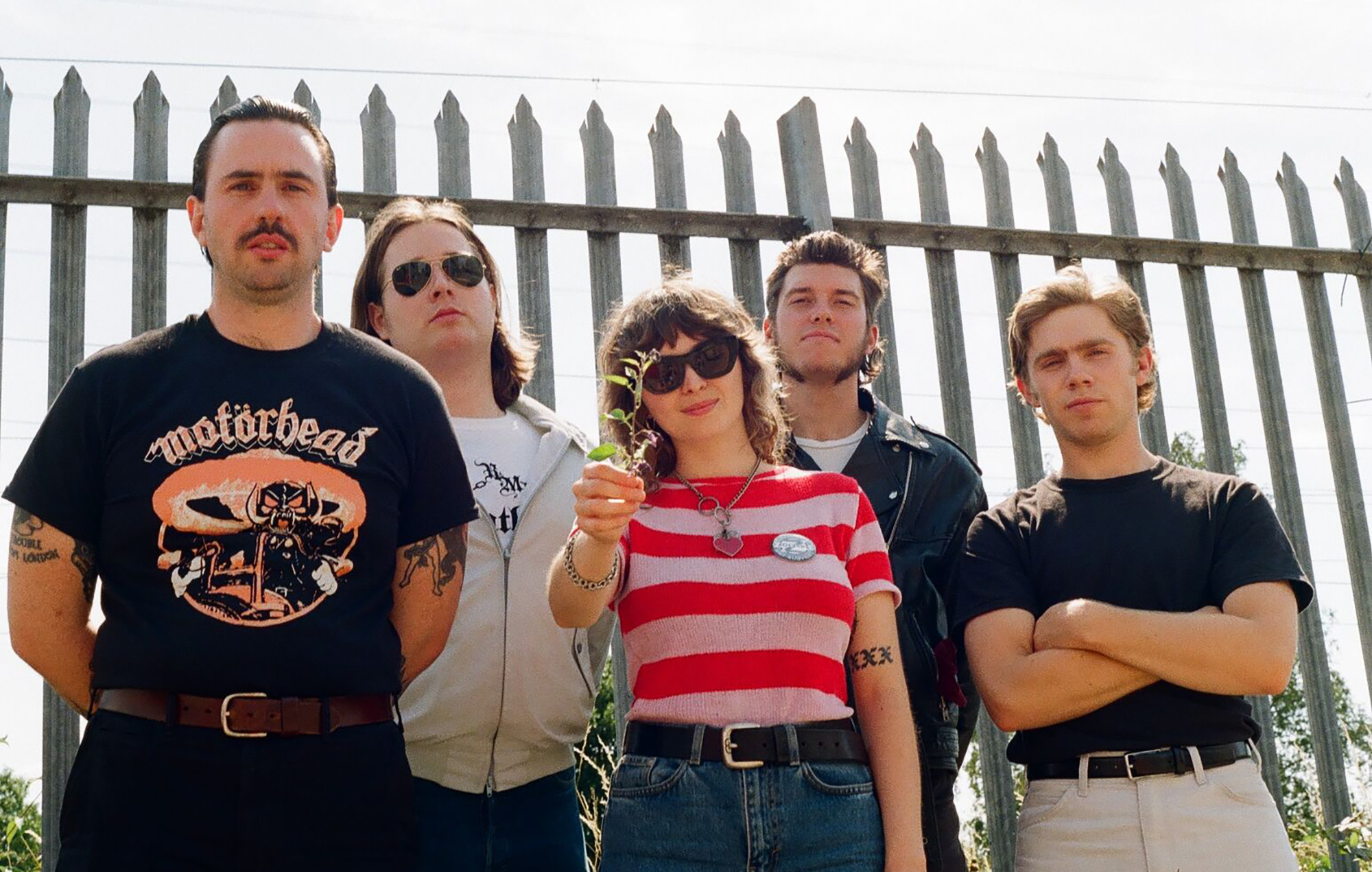 The nickname ‘Chubby’ was initially thrust upon Charlie Manning by others, but by the time of recording his new band’s first single in 2019 he had learned to embrace it. The newly christened Chubby and The Gang went on to record their debut album over a manic two-day stretch last autumn, having barely mustered 10 rehearsals together as a band.

Not that you would know it, though. ‘Speed Kills’, originally released in January and now set for a remastered re-release on their new label Partisan [IDLES, Fontaines DC], is a thrilling white-knuckle ride through multiple flavours of hardcore punk. For Manning, it marks the culmination of well over a decade of putting in the hard yards in London’s tight-knit punk scene, although he also considers it something of a departure from the music that he has loved for so long.

“I’m 30 now, and I’ve been in hardcore bands since I was 15,” he says. “I’m not bored of hardcore, but sometimes you just need to do something else that isn’t just angsty, you know what I mean? I wanted to do something musical: I wanted to have a record that had handclaps, organ and harmonica on it. I wanted it to be a more accessible record.”

The sonic diversity he describes is indeed on display on ‘Speed Kills’, although the pacing of the record, which crams 13 tracks into just 28 pummelling minutes, is practically breakneck. It’s a discipline that Manning honed during his time in bands such as Arms Race and Violent Reaction, members of the New Wave of British hardcore that emerged in the early 2010s. It was on that circuit that he got to know the other members of Chubby and The Gang, who themselves had been members of such Brighton hardcore bands as Vile Spirit.

“If you keep going to gigs that are only attended by the same 50 people, you get to know everyone,” Manning explains. “A lot of the gigs were in squats — you had to be in the know to get in. You end up saying hello eventually.”

Hardcore punk was always Manning’s first love. “When I was a teenager, I was into a lot of UK bands like Heresy, Voorhees and Ripcord,” he recalls. “But also a lot of straight edge hardcore and New York hardcore, like Youth of Today and Sheer Terror, and from there I expanded out. The good thing about everyone in the band is that they’re all very curious about wanting to listen to a bit of everything, like country and all sorts of different styles. That’s nice to have in a band, because it stops you from being a little bit blinkered.”

Manning’s own instinct was to incorporate elements of pub rock into the band’s sound, based on his long-standing love of ‘70s bands like Coloured Balls and Iron Virgin. Their influence can be heard in particular on the track ‘Trouble (You Were Always on My Mind)’, complete with its Hammond organ sheen. Given the track’s steadier pace, it also permits Manning to showcase himself as a genuine singer — something of a first for the west London electrician.

“I’ve sung in a few hardcore bands, but it’s not singing: it’s just jumping up and down and shouting,” he concedes. “The thing that I struggle with is vocals: when it comes to layering and that side of it, sometimes I panic a little bit.”

The person entrusted with levelling Manning out during the recording process was ‘Speed Kills’ producer and Fucked Up drummer Jonah Falco. “I’ve known him for fucking years,” says Manning. “He plays in a bunch of bands in London. If I turn to him and say: ‘Listen, I’ve got this idea, but I think it’s gonna be shit’, he’ll be like: ‘Nah, let’s try it’. He’s got enthusiasm in all the right places. I’m not very good at taking criticism from people, so if somebody else had told me ‘this is shit’ I think I would have fucking lamped them. But I can take it off [Falco] — I feel very comfortable around him.”

Manning describes writing as a “constant nervous twitch” and he believes in the power of direct storytelling. “I think music now is steeped in metaphor, and that’s fine — but it’s not how my brain works,” he says. “I’d rather tell a story about a really specific event that happened rather than make a vague thing that anyone can interpret in their own different way. I’d rather just be like: ‘Look, I was here at this time in this place, and then this thing happened and it ended up like this’.”

It lends a potency to such Chubby and the Gang songs as the visceral anti-police track ‘Blue Ain’t My Colour’ and the pro-trade union anthem ‘Union Dues’. “I’m an electrician on film sets. I’m grateful to be working in a unionised profession and I support the actions that we take,” Manning explains. “But I didn’t want to write a political pamphlet. I just wanted to say that you don’t have to be a political student at a university and writing a thesis on this to understand that police brutality is bad, and being in a union will benefit you as a working person. I wanted to put it in plain English: ‘This is what I think’.”

In the absence of touring this year due to the coronavirus pandemic, Chubby and The Gang have instead taken the opportunity to record their second album. With Falco once again at the helm, the album is, according to Manning, “still really quick”, although the studio process was less so — at least to this band’s standards, anyway.

“‘Speed Kills’ was done in two days, but this one was done in 10 days. Man, 10 days felt like two years to me: at the end of it I was really losing my fucking marbles,” Manning admits. “The usual recording process in the community of bands that I play in is to get in there, get it all out and that’s it. [On this album] I was overthinking everything, thinking: ‘Is this shit or is it good?’ But I’m proud of it, man. I think it’s a step up, definitely.”

Manning’s time in the new year will be split between promoting the new album and recording another debut album by one of his other bands, The Chisel, while the other members of Chubby and The Gang will also be multitasking with their own respective musical projects. But with the re-release of ‘Speed Kills’ just around the corner, the lightning-in-a-bottle frenzy that Chubby and The Gang managed to capture on that record will rightly come to light once more, further cementing their status as the scene’s clear frontrunners for now.

Chubby and The Gang’s reissue of ‘Speed Kills’ on Partisan Records is out on November 20. Pictures by Ellie Chaplin