Cineramageddon: how you can celebrate Glastonbury’s 50th anniversary through film

Home Cineramageddon: how you can celebrate Glastonbury’s 50th anniversary through film
news 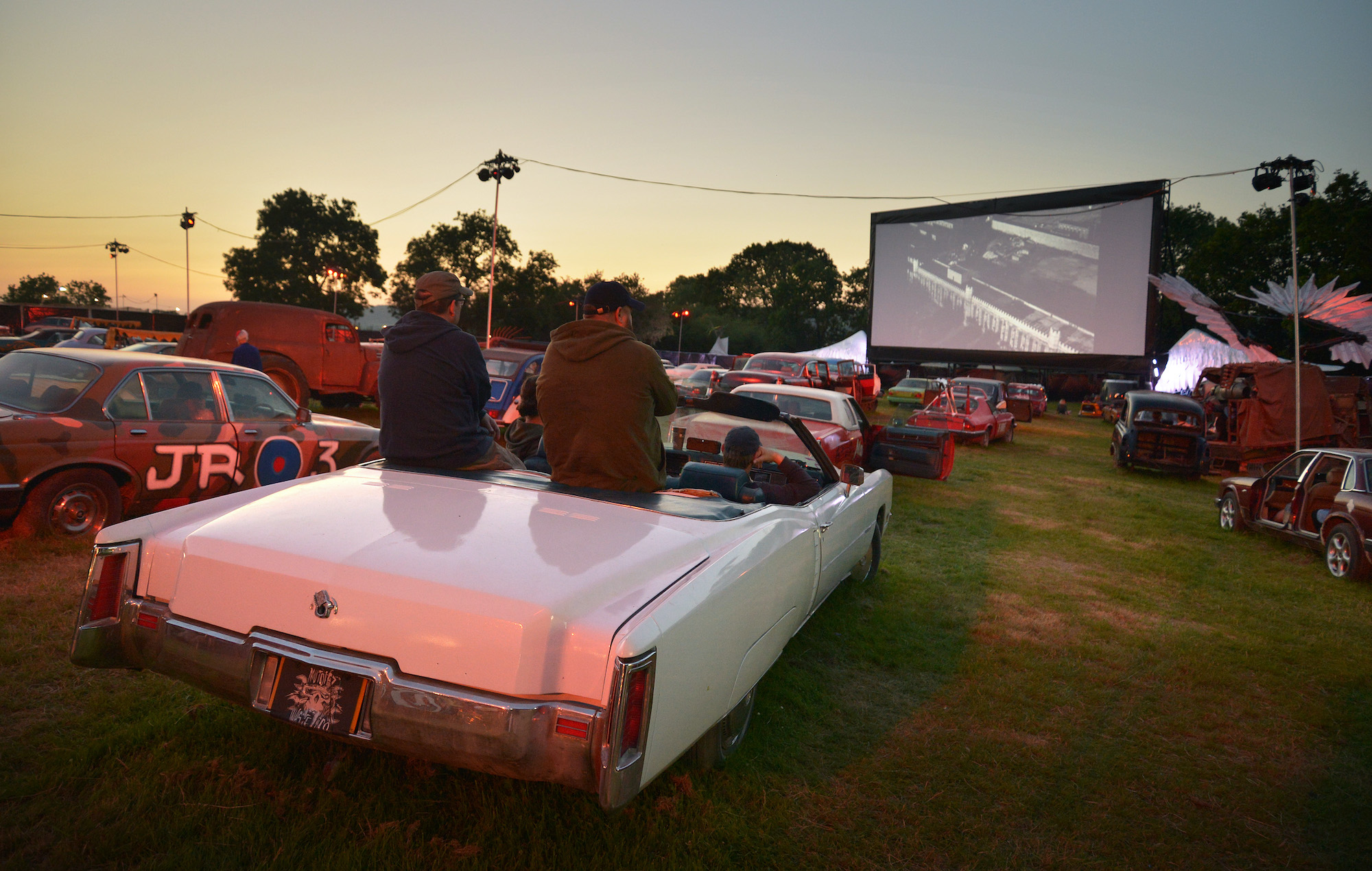 Whether you’re a veteran Glastonbury-goer or were gearing up for your first time on Worthy Farm, there’s no denying the cancellation of the 2020 edition hurts. As well as all the great music we would have been watching this weekend, we would also have been heading over to Cineramageddon – a “post-apocalyptic drive-in” cinema area filled with old cars – to catch up on some movie action.

Although Glastonbury has long had a film presence with the decades-old Pilton Palais, filmmaker Julien Temple created this new area in 2017. Johnny Depp curated an evening of films for its inaugural year, while 2019 saw the premiere of Ibiza – The Silent Movie and an accompanying DJ set from Fatboy Slim.

We might not be able to take a seat in a convertible that’s been sunk into the Glastonbury grass this year, but Temple is still giving us some semblance of the Cineramageddon experience from the comfort of our own homes. It all kicks off tonight (June 25) and will be available on BBC iPlayer if you miss the original airings. Get the popcorn ready and get settled in for a weekend of Glasto-going through your TV.

Immerse yourself in the festival experience

Yes, you can watch a whole weekend of past performances on iPlayer, but Julien Temple’s 2006 documentary Glastonbury will take you deeper into the festival’s history. It features footage and stories from the first 35 years of Michael Eavis’ big bash and immerses you in the festival’s atmosphere, minus the leaking tents and blister-inducing wellies. Tune in for performance clips from Coldplay, David Bowie, Björk, Oasis, Blur and more.

At a lot of festivals, once the headliners are done that’s your entertainment over for the night. Not at Glastonbury, where you can carry on the party til dawn in the legendary south-east corner (and beyond). In the 75-minute film Glastonbury: After Hours, Julien Temple voyages through Shangri La, Arcadia, Block 9 and more at the 2011 festival in search of the roots of the festival and finds a thriving subculture of performance art, thumping raves and the shaping of a late-night utopia. You might have to drink a lot of cans and use your imagination quite a bit to make your living room feel the anticipation of walking wide-eyed into this party paradise, but the doc will take you as close as we can get for now.

Reminisce on Glastonbury memories with a Q&A

Watch it: Sandwiched in between Glastonbury and Glastonbury: After Hours, BBC 6 Music’s Facebook page

Join Mark Kermode and Julien Temple, the co-curators of this digital Cineramageddon for 2020, for a Q&A after Glastonbury has finished airing. Though they haven’t given any specifics for what they’ll be discussing, you can bet the chat will be full of anecdotes and memories from Worthy Farm that will make you wish you were wading through knee-high mud and trying to pinpoint exactly which comedy flag your mates are stood under.

If all that doesn’t sate your appetite for Glastonbury visuals, keep an eye on Cineramageddon’s social channels (that’s @Cineramageddon on Twitter, Instagram and Facebook). They’ve promised more “special content” to come, some of which will cover “how we build our society back from the brink”, which sounds perfect if you’re missing the intellectual debates you’ll often find in the Left Field.