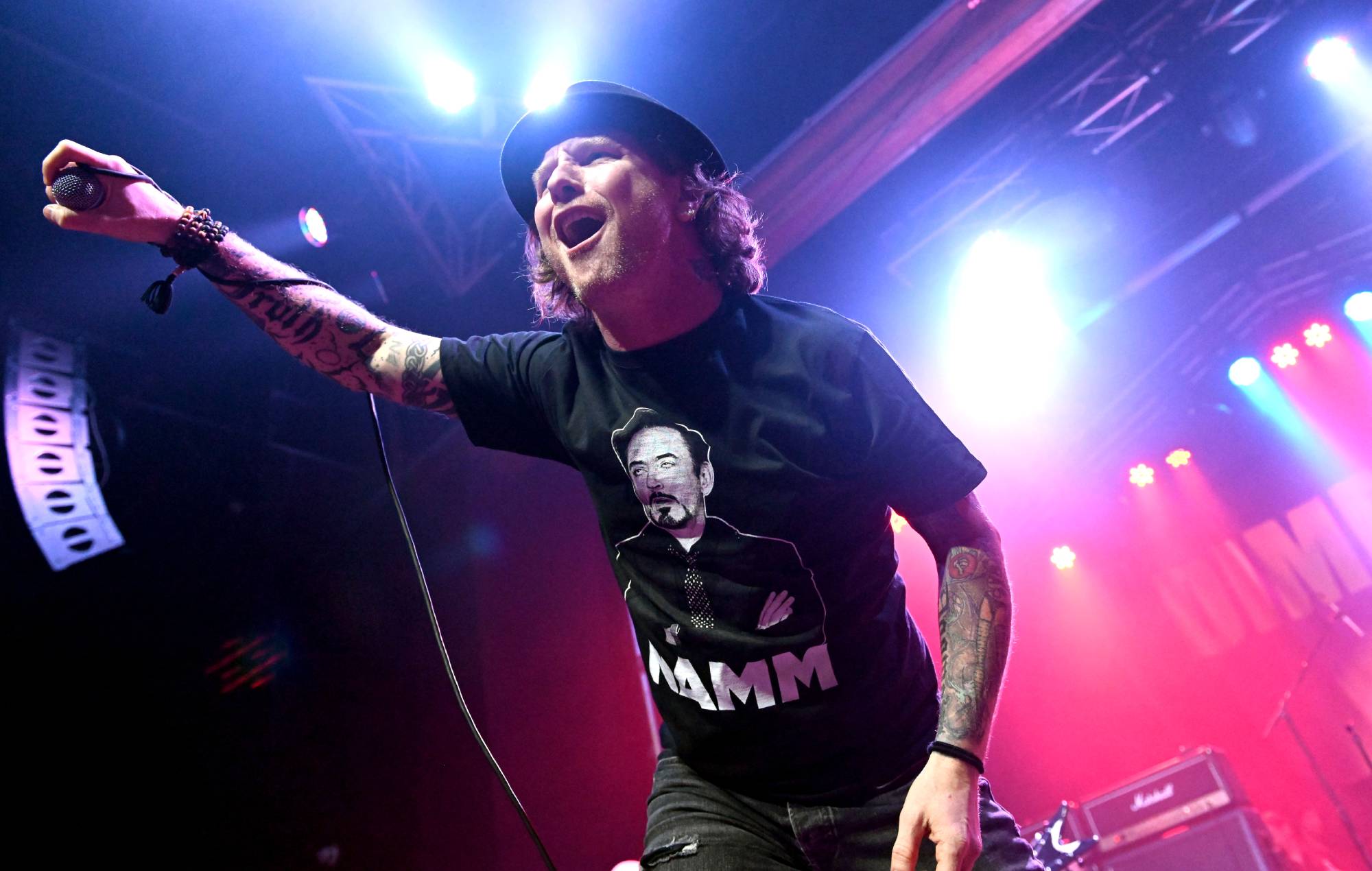 Corey Taylor has spoken out in praise of Metallica’s classic ‘Master Of Puppets’, hailing it as “the perfect heavy metal album”.

The Slipknot frontman is one of many artists set to lend a cover to the Metallica-curated tribute to their iconic self-titled fifth record, commonly known as ‘The Black Album’. Sitting down with Knotfest though, Taylor instead shared his love for the metal icons’ third album from 1986, ‘Master of Puppets’.

“It’s the perfect heavy metal album. There’s no fat,” explained Taylor. “The only bad thing I can say is that it’s too short. Before you know it, it’s over, and you’re, like, ‘Wait a minute,’ and you’ve gotta start it over again. So, it’s crazy. It’s just a beautiful, beautiful album.”

Elsewhere in the interview, which can be viewed below, Taylor spoke about the impact The Big Four of Heavy Metal (Metallica, Slayer, Anthrax, Megadeth) had on him and his generation.

“That was the sounding gun for a whole new generation of psychos, because those bands appealed to so many different crowds,” he said. “The punk kids loved them, the metal kids worshipped them. It was still too underground for “the straights” but even the alternative kids dug it, because there was so much ferocity in it and there was just something different.”

“We just knew as soon as our parents heard it, they’d hate it, which made us love it even more. Nothing is better than listening to something that scares the hell out of adults.”

Taylor also went on to discuss the potential end of Slipknot, Stone Sour and his solo work. “I have this talk with my wife all the time who asks me ‘When are you going to retire?’ The great thing is that I don’t ever have to. I can stop touring as much but I’ll never have to retire. I’ll work this damn thing until the wheels come off. I don’t really have an end in sight. I think when I do stop, that’s when I’ll start to fade.”

‘The Metallica Blacklist’ is out September 10 and sees 53 different artists reinterpret the twelve tracks that made up ‘The Black Album’. Corey Taylor has reworked ‘Holier Than Thou’ while Rina Sawayama has covered ‘Enter Sandman’, Idles have taken on ‘The God That Failed’ and Royal Blood have reinterpreted ‘Sad But True’.

Earlier this week, Taylor also revealed he was suffering from COVID-19. Currently in the midst of a North American tour to support his solo album ‘CMFT’, Taylor shared the news in a video message for the Astronomicon Facebook page saying “I wish I had better news. I woke up today and tested positive, and I’m very, very sick.”

A few days later he gave fans an update, saying “This is the worst I’ve ever been sick in my life. Had I not been vaccinated, I shudder to think how bad it would have been.”

He added: “But because I had that extra little bit of protection, it definitely helped me get through it. So, go, go, go. If you’re still on the fence, I’m telling you right now, it’s the best thing you can do for yourself.”