"Nothin' But A Good Time", described as the definitive, no-holds-barred oral history of 1980s hard rock and hair metal, will be released on March 16, 2021 via St. Martin's Press. 1980s hard rock was a hedonistic and often intensely creative wellspring of escapism that perfectly encapsulated — and maybe even helped to define — a spectacularly over-the-top decade. Indeed, fist-pumping hits like TWISTED SISTER's "We're Not Gonna Take It", MÖTLEY CRÜE's "Girls, Girls, Girls", and GUNS N' ROSES' "Welcome To The Jungle" are as inextricably linked to the era as Reaganomics, Pac-Man, and E.T. From the do-or-die early days of self-financed recordings and D.I.Y. concert productions that were as flashy as they were foolhardy, to the multi-platinum, MTV-powered glory years of stadium-shaking anthems and chart-topping power ballads, to the ultimate crash when grunge bands like NIRVANA forever altered the entire climate of the business, "Nothin' But a Good Time" captures the energy and excess of the hair metal years in the words of the musicians, managers, producers, engineers, label executives, publicists, stylists, costume designers, photographers, journalists, magazine publishers, video directors, club bookers, roadies, groupies, and hangers-on who lived it. Featuring an impassioned foreword by SLIPKNOT and STONE SOUR vocalist and avowed glam metal fanatic Corey Taylor, and drawn from over 200 new interviews with members of VAN HALEN, MÖTLEY CRÜE, POISON, GUNS N' ROSES, SKID ROW, BON JOVI, RATT, TWISTED SISTER, WINGER, WARRANT, CINDERELLA, QUIET RIOT and others, as well as Ozzy Osbourne, Lita Ford and many more, this is the ultimate, uncensored, and often unhinged chronicle of a time where excess and success walked hand in hand, told by the men and women who created a sound and style that came to define a musical era — one in which the bands and their fans went looking for nothin' but a good time…and found it. 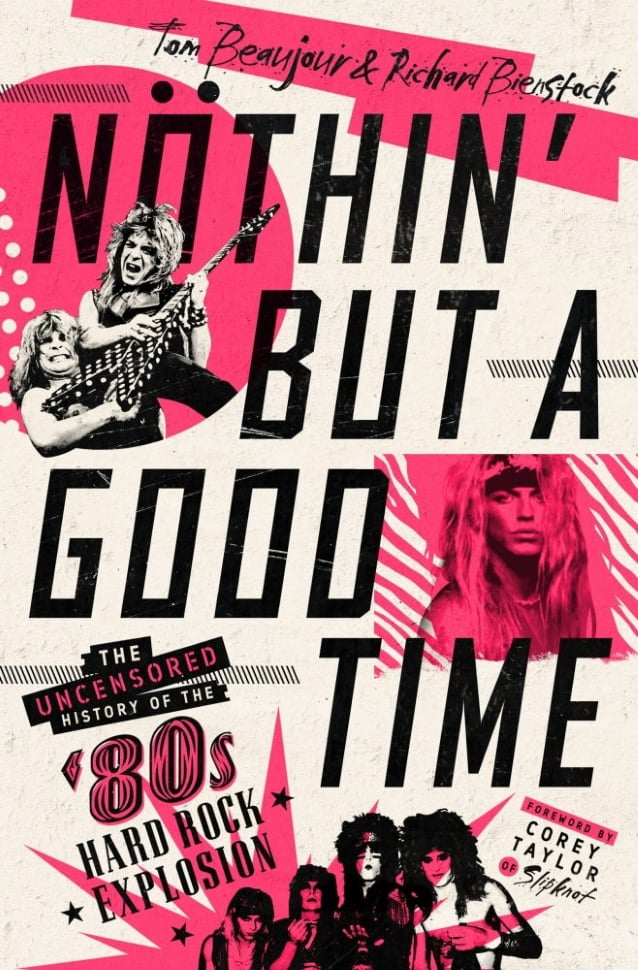