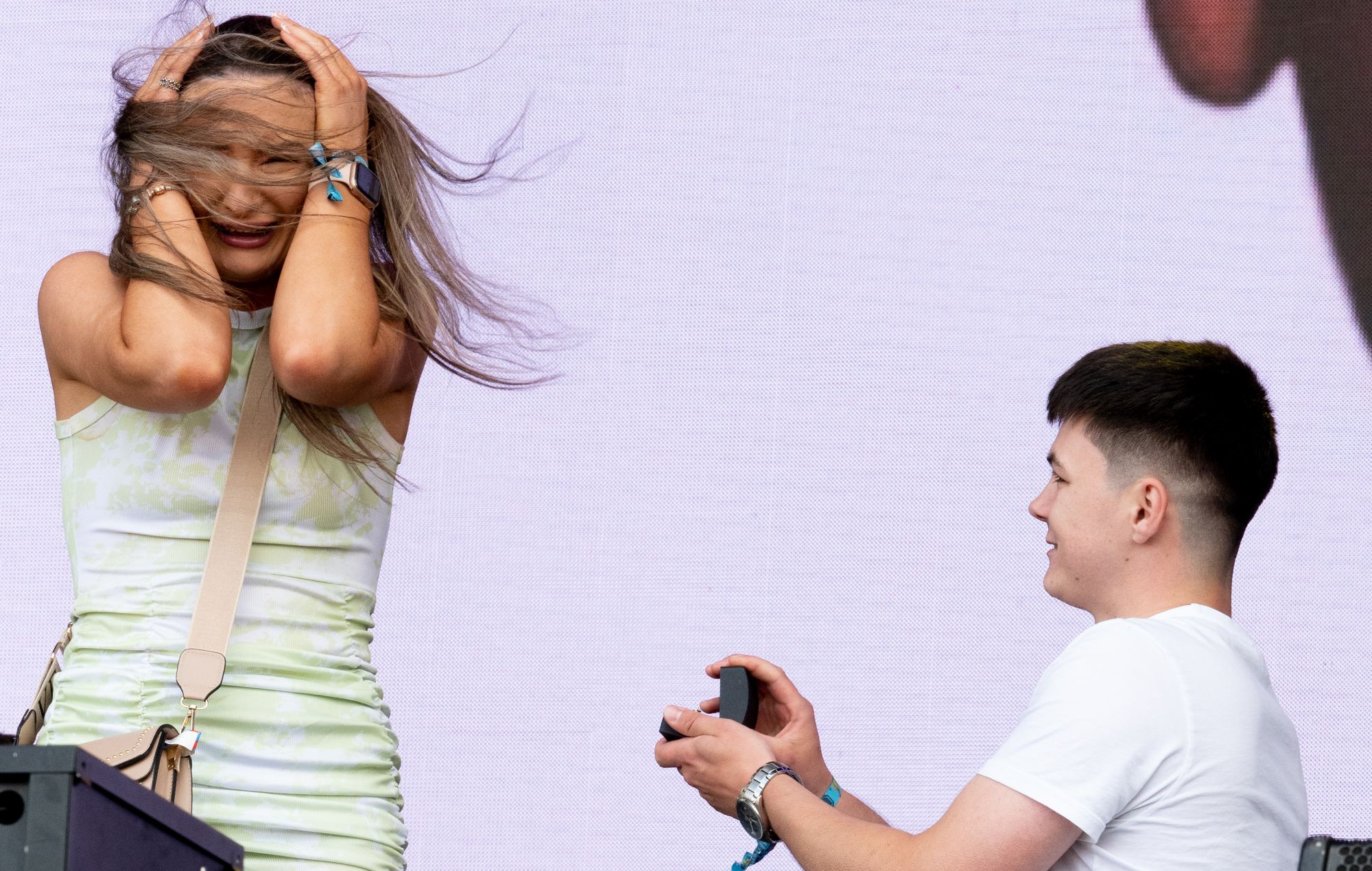 A couple who got engaged on stage at Parklife have been gifted lifetime passes to the festival and a fully expensed honeymoon.

The man proposed to his partner on Saturday (June 11) during Yung Filly’s set at the Manchester music festival. However not everyone was in a celebratory mood, with some taking to social media to troll the loved-up couple whose proposal video went viral.

Festival co-founder Sacha Lord took issue with such behaviour and offered the couple lifetime passes to the festival as well as a paid-for honeymoon.

“Yesterday an amazing moment happened as Parklife saw a proposal on stage from a young couple. Unfortunately, the internet reaction to two young people sharing a special moment was quite frankly vile,” he wrote online.

Lord, who also co-founded The Warehouse Project, added: “I would like to find this couple and give them free entry to Parklife and The Warehouse Project for life and not only that, but to pay for their honeymoon, so that when they go away, I want them to sit there in the sun posting pictures to social media, knowing that those people who had a go at them are bitter, and they’re not there.”

One of them responded directly to Lord’s post, writing: “I’m so emotional right now, thank you so much.”

50 Cent, Tyler, the Creator and Megan Thee Stallion were among some of the big names performing at this year’s festival, which ran from Saturday (June 11) to Sunday (June 12).

A last minute ticket re-sale launched in May after extra tickets were made available via an anti-tout scheme and failed payment plans. Parklife had teamed up with Greater Manchester Police to secure fake or stolen tickets that were being resold to unsuspecting victims at inflated prices.

The post Couple who got engaged on stage at Parklife festival get lifetime passes after being trolled appeared first on NME.