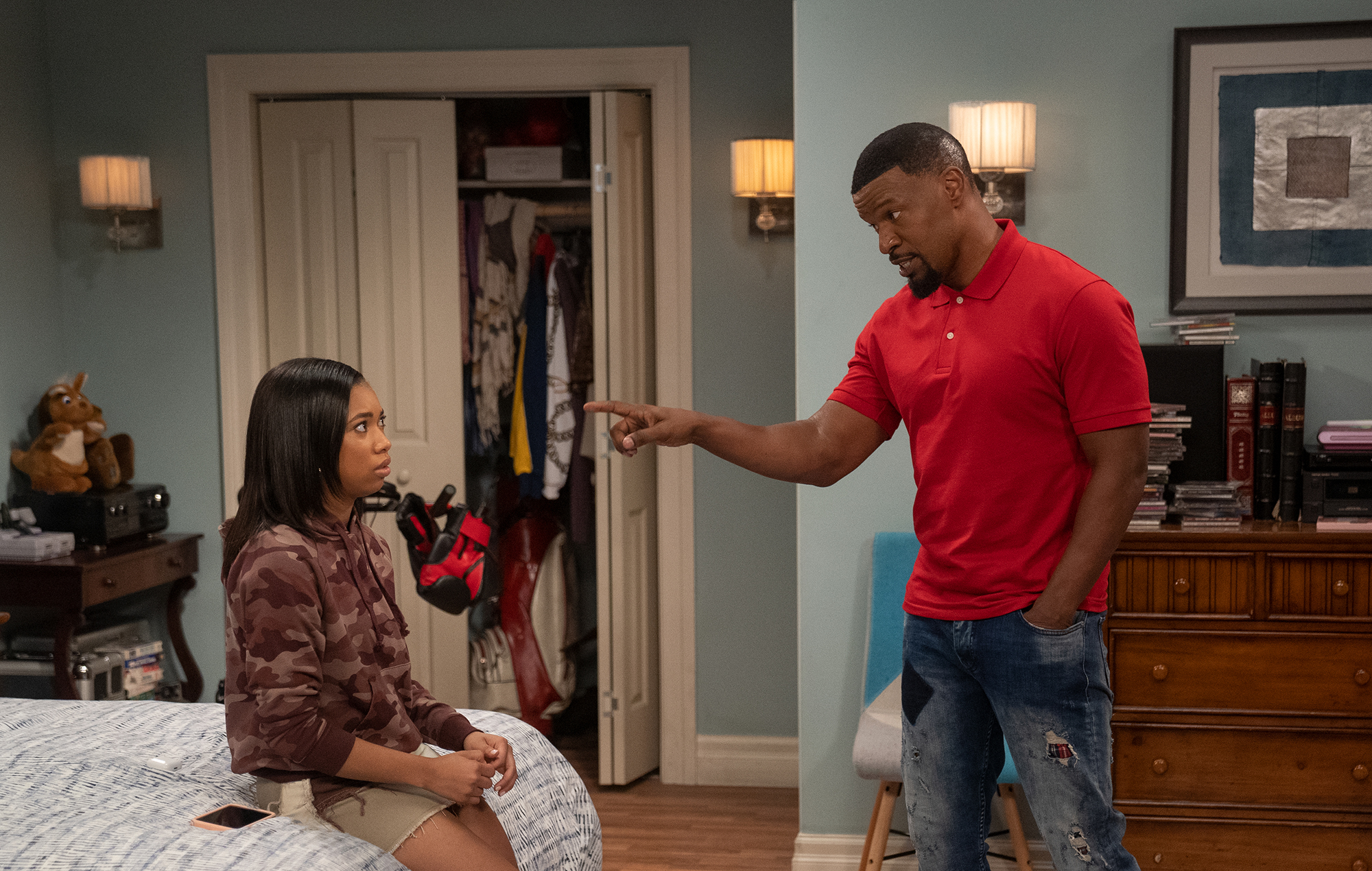 Before he was an Oscar-winning triple-threat (actor, singer, comedian), Jamie Foxx found fame on the influential ‘90s sketch show In Living Color and his sitcom The Jamie Foxx Show. Netflix’s Dad Stop Embarrassing Me! is triumphantly hailed as his return to scripted TV comedy, but it would have felt dated even 25 years ago. In the opening scene of the first episode, father Brian Dixon (Foxx) accidentally takes his 15-year-old daughter Sasha (Kyla-Drew)  to a drunken sex therapist who tries to instigate a ménage-a-trois with the pair. Staggeringly, it gets worse.

Apparently inspired by Foxx’s own relationship with his daughter Corinne (who serves an executive producer), it’s a well-worn plot of a womanising dad trying to bond with his daughter after she moves in with him following her mother’s passing, as he turns to his younger sister Chelsea (Porscha Coleman) and his weed-smoking dad (portrayed by Foxx’s former In Living Color co-star David Alan Grier, despite him only being 11 years older) for help as they all live under the same roof. Everybody speaks in cliched bad ‘90s sitcom Esperanto to the point where at times it feels like a spoof from WandaVision. It’s the kind of show where Foxx will break the fourth wall and say to the camera: ‘I’ll be damned if I go to some hot yoga!’ – and then we smash-cut to him in precisely that situation as a laugh track howls like lobotomised hyenas on poppers. The type where a daughter’s flight home arrives early so she can catch her dad in a compromising position with a model. You can see the jokes coming a mile-off; the punchlines arrive with fog-lights.

Tonally, it’s a mess. Played like a broad pre-teen Disney sitcom where people get sprayed with foam fire-extinguishers, its references to thots and the deployment of the word “shit” weirdly make it inappropriate for that audience. It falls into the trap of trying to be shrilly funny all the time rather than developing characters people can identify with and letting the humour flow from truth. Emotional beats (the lifeblood of a traditional, family-set multicam sitcom) feel shoehorned in rather than earned, as the script clunks endlessly along from one physical comedy set piece (Foxx struggling about in skinny jeans for example) like a tin can being kicked down an Escher staircase.

As a central character, Foxx is trying to be both the straight-man heartwarmer and the goofy scene-stealer: he wants to be both Seinfeld and Kramer, as he mugs away trying to paper over the cracks with pratfalls and impressions. He also stars as three eccentric sketch show-style guest characters who crop up throughout the eight episodes. The first instance – when he appears as preacher Reverend Sweet Tea – is mildly amusing. By the time he’s in a Joe Exotic wig as a bizarre bartender, it feels wearingly indulgent. Co-written by Foxx, it’s a throwback where the only concession to modernity, apart from the pop culture references, is the final episode that ham-fistedly tries to reflect post-George Floyd America, but even that’s undermined by shoving in a custard-pie gag. A mortifying misfire.

‘Dad Stop Embarrassing Me!’ is streaming on Netflix now