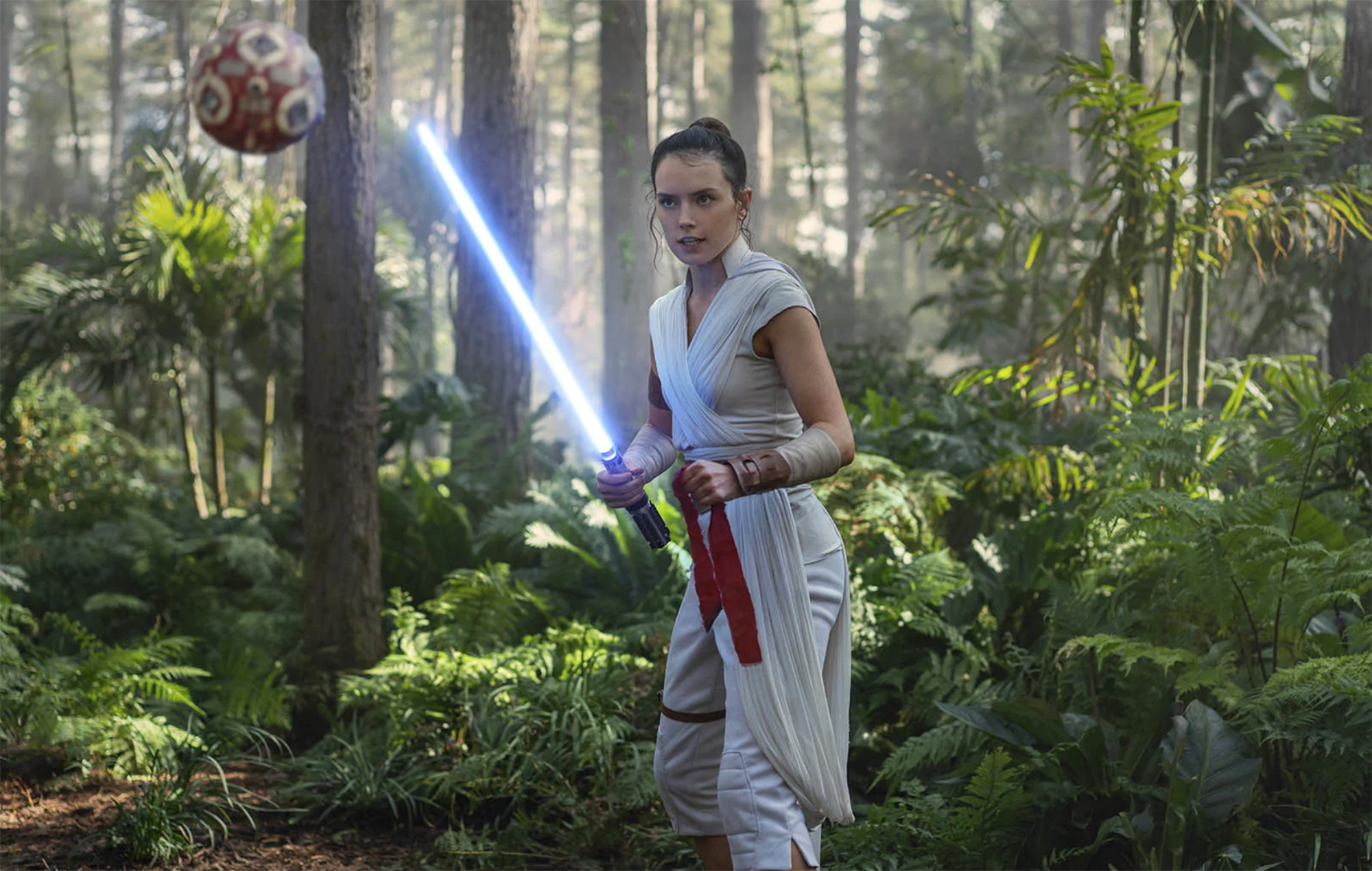 Daisy Ridley says she believes Rey had the “perfect” ending in Star Wars: The Rise Of Skywalker.

The latest film in the franchise came out last December.

Speaking to IGN about her new film Chaos Walking, which sees her starring opposite Spider-Man star Tom Holland – its trailer was released this week – Ridley said she was “totally, totally satisfied” with how her character bowed out.

“I think for me the beauty of Episode IX is it ends with such hope and such potential. I just feel like that was Rey’s perfect ending,” Ridley said. “The big battle was in Episodes VII, VIII, and IX. I think really she’s probably running around the forest somewhere having a great time.

“I feel totally, totally satisfied with how that story finished. I just don’t know what else she could do that I didn’t have to do. Also, there are so many amazing characters in Star Wars, that it’s sort of an amazing thing. I was watching the new episode of The Mandalorian, and it’s just like the places it can go beyond even where it is now is so exciting.”

Shortly following its release, Star Wars: The Rise Of Skywalker became the worst-reviewed film in the franchise’s history.

According to review aggregator Rotten Tomatoes, the ninth movie in the main Skywalker Saga sits at 52% on the ‘Tomatometer’. The critic score is below that of The Phantom Menace, widely regarded as one of the worst Star Wars movies.

Reviewing the film, NME wrote: “It’s exciting, surprisingly funny – special mention to C-3PO (Anthony Daniels), who nails zinger after zinger in a standout turn – and is stuffed with strong performances from its leading cast, especially John Boyega as Stormtrooper-turned-rebel Finn.

“Nearly all the unanswered questions are resolved and Skywalker feels sufficiently satisfying as a final chapter. It’s taken 42 years to get here, but (for now) the circle is finally complete.”