Darkest Hour, veteran purveyors of metalcore and melodic death metal, are celebrating their 25th anniversary with a North American tour of the West Coast. Misery Signals and Sect will support the short trek.

To mark their quarter century career, Darkest Hour will be playing a “deep cuts setlist” featuring songs that have never been performed live. The trek begins on April 16th in Denver at The Marquis Theater, heading southwest from there and up the West Coast where it wraps up on April 26th in Vancouver, Canada, at The Rickshaw.

“West Coast! We are coming back to party with you all!” Darkest Hour remarked in a press release. “We will be bringing our best buds in Misery Signals (who are working on some f**king brilliant new music), and one of our favorite new bands of old friends, Sect, for this little run.”

The band continued, “We will also be busing out our new extended ‘deep’ cuts setlist, where we are playing songs we have ‘never’ played, as well as songs that need to be celebrated! This is a dream tour package for us! What better way to kick of 2020!? Make sure to get your pre-sale tickets at the links below and spread the word, this is another Darkest Hour concert you do not want to miss.”

As part of the anniversary festivities, Darkest Hour have also opened a fan club via Patreon, where fans can unlock unreleased material and content from the band. See the full list of anniversary shows and tour flyer below. Get tickets here. 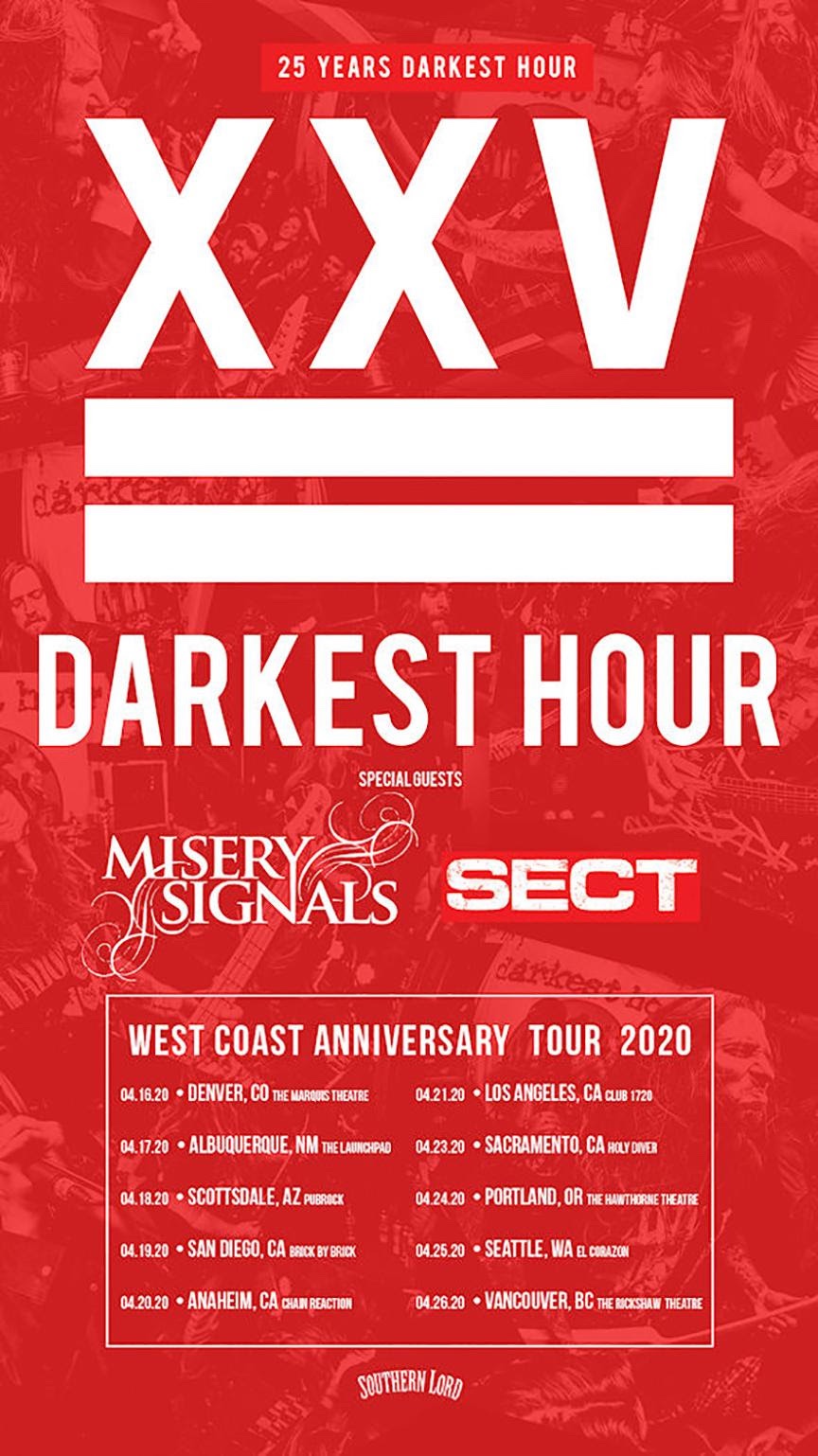