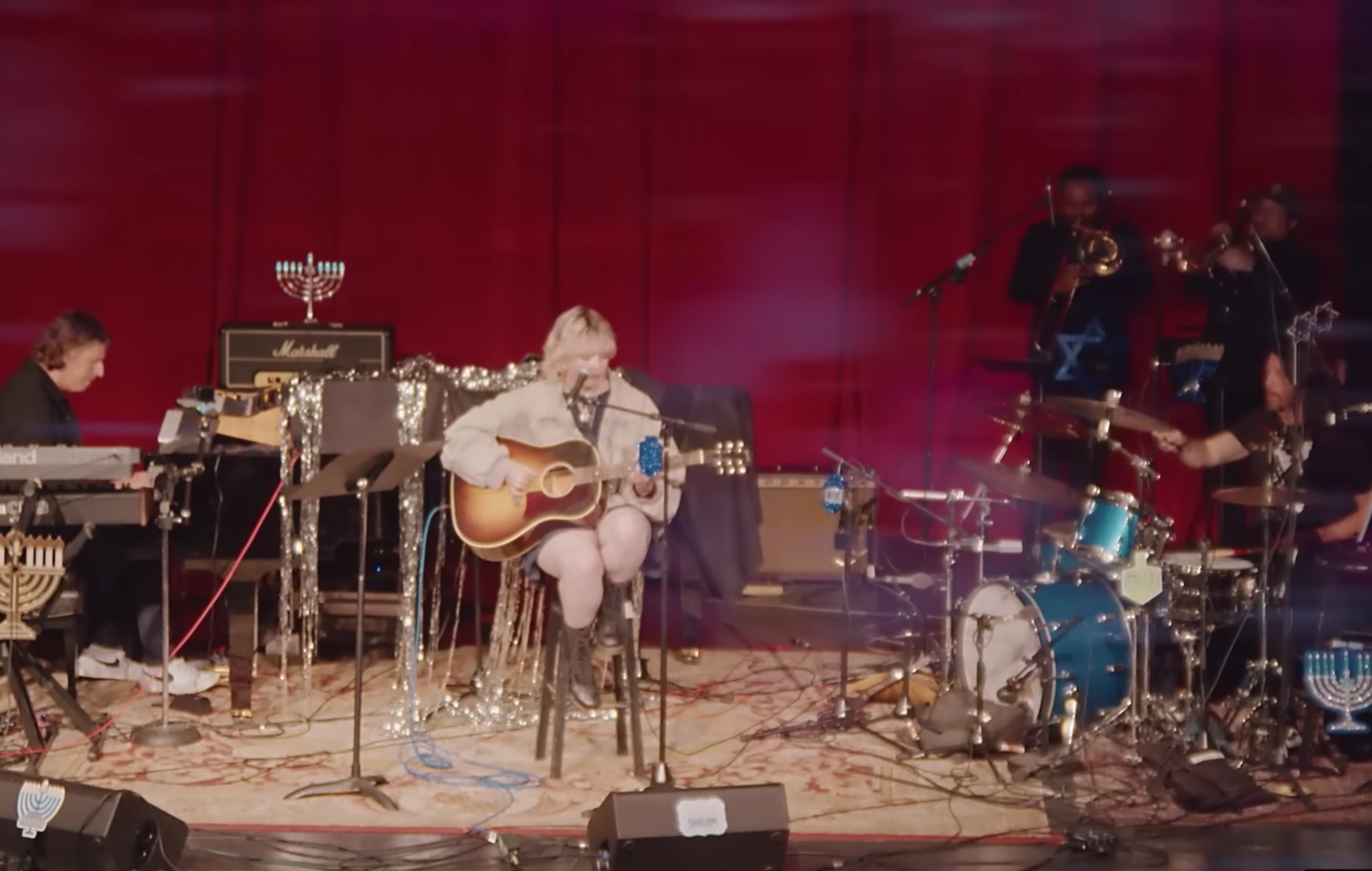 The 2022 instalment marks the third year of ‘Hanukkah Sessions’, which Grohl and Kurstin started back in 2020 in the latter’s home studio. So far, it has featured a cover of ‘Spinning Wheel’ by Blood, Sweat & Tears with Judd Apatow on vocals, a version of Pink’s ‘Get The Party Started’ with the singer herself, and a 10cc cover with Inara George.

For the fourth entry of the year, Violet Grohl sings ‘At Seventeen’, an age she herself will reach in just a few months time.

Watch footage of the performance below.

For this year’s ‘Hannukah Sessions’, the songs were recorded during a secret show in Los Angeles earlier this month, where Grohl and Kurstin performed nine songs in front of a live audience.

2020 saw the ‘Hannukah Sessions’ kick off, with covers of Drake, the Beastie Boys, Peaches, Bob Dylan, Mountain, Elastica, The Knack and The Velvet Underground.

Last year, the series returned with covers of songs by Billy Joel, Van Halen, Barry Manilow, Lisa Loeb, the Ramones, Amy Winehouse, The Clash and KISS. Both seasons are available to stream on digital platforms.