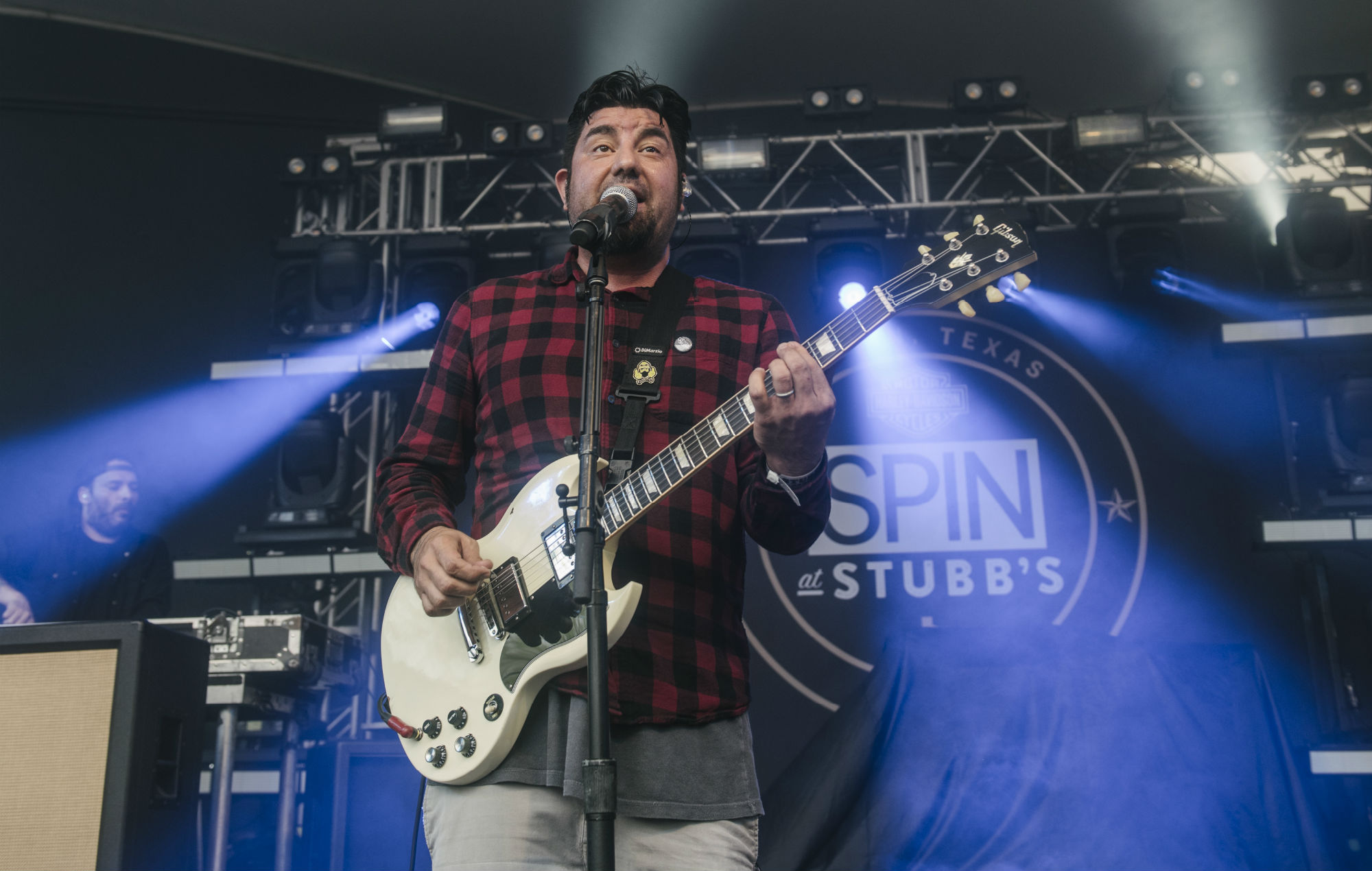 Deftones are releasing a ‘White Pony’ beer to mark the album’s 20th anniversary.

The band are teaming up with Belching Beaver for the ale which will see the LP’s artwork adorning the cans, and the drink inside boasting “an upfront flavour of pineapple but finishes with a soft grapefruit note with a mild bitterness and medium mouthfeel”.

“Our approach to beer is similar to how we approach our music, it’s constantly changing and evolving to help ensure we’re releasing a quality product that we stand behind,” explained frontman Chino Moreno, on the beer company’s official website.

“With our wonderful partners at Belching Beaver, we’re proud to have collaborated on yet another beer that has been created with care, and released with pride. We hope everyone enjoys our White Pony 20th IPA, as much as we do.”

It will be available from tomorrow (August 28).

Our White Pony 20th anniversary celebration continues with another Deftones x @BelchingBeaver collaboration. This #WhitePony Double Dry Hopped IPA will be released on Friday, August 28, for a limited time.

Meanwhile, the band recently announced a reissue of their third album, which will include a new remixed version of the LP.

Titled ‘Black Stallion,’ the remix will feature contributions from a slew of artists reworking each track from the album. It is due out later this year.

The band also recently confirmed that their ninth studio album ‘Ohms’ was completed and shared the title track. It is out on September 25.

“As the last song on the record, it’s kind of sung in retrospect – it’s looking back not just at the batch of songs that come before it, but our lives and our surroundings” Moreno told NME. “The verses are reflecting, but the chorus kind of says, ‘Yes this, but this‘ – it’s saying that time will change with the decisions we make. It’s a question and an answer.

“The very first line of the song is ‘We’re surrounded by debris of the past’. That’s not directly about one thing. It could be about an experience or a relationship, but honestly in my mind I was thinking about the environment, the world and the Earth. The chorus is saying that we’re going to remain here together and nothing’s going to change that.”