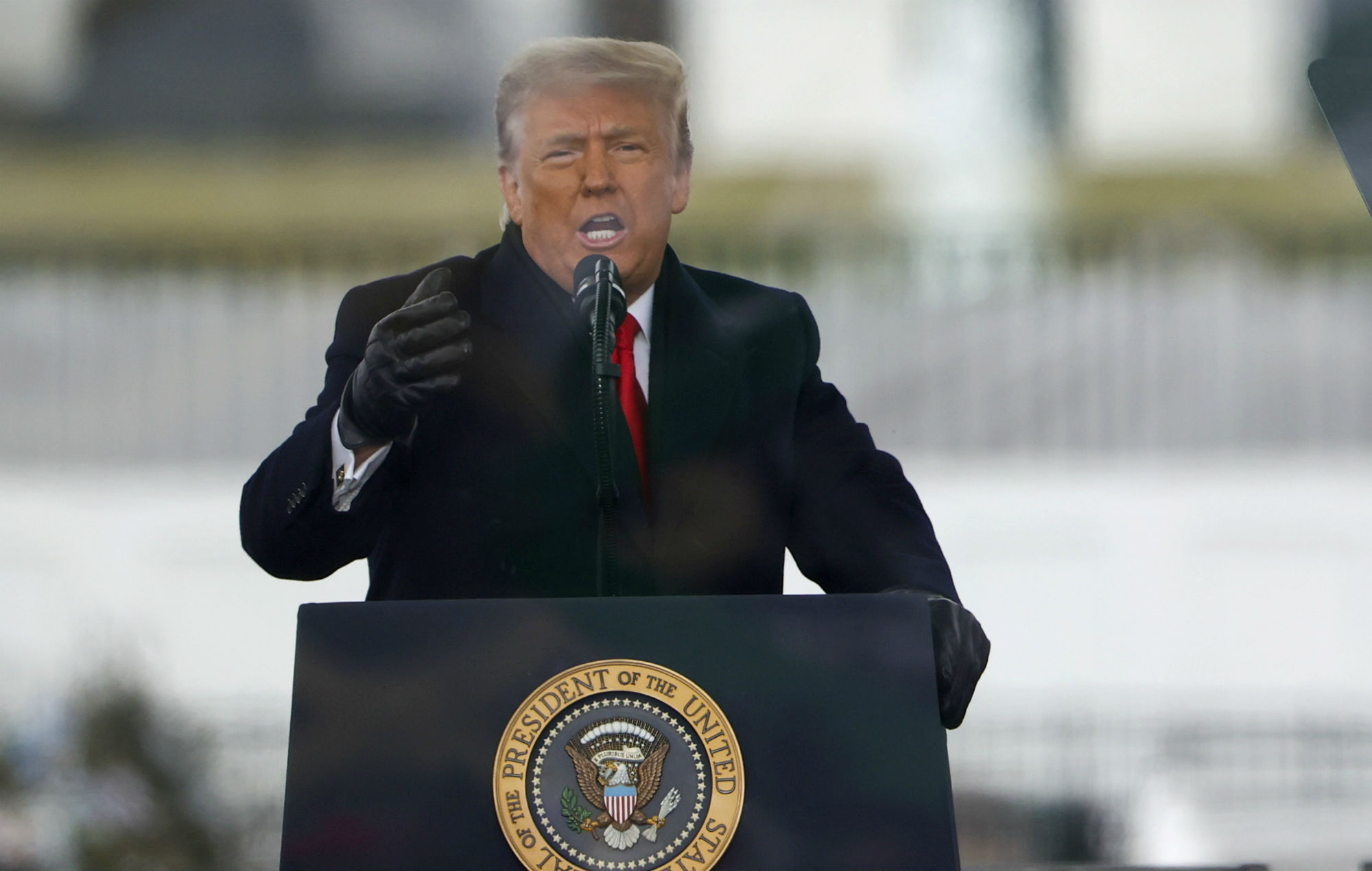 The DJ at Donald Trump‘s rally in Washington D.C. yesterday (January 6) has attracted attention after playing a selection of tracks which would suggest that the President is firmly resigned to defeat.

As Uproxx reports, the DJ at Trump’s ‘Save America Rally’ selected an array of tunes which you’d perhaps traditionally expect to hear at a funeral.

They included Celine Dion’s Titanic theme ‘My Heart Will Go On’, the stand-out track from a film about an unprecedented disaster, Linkin Park’s ‘In The End’, a song about resigning yourself to defeat, and, perhaps most fittingly, Elton John’s ‘Funeral for a Friend’ –  a song that John himself wrote while imagining what his own funeral would be like.

Meanwhile, “My Heart Will Go On” is playing at the pro-Trump rally in DC pic.twitter.com/wFWTuoYZ8N

Other tracks included the apt choice of Pink Floyd’s ‘Brain Damage’, Linkin Park’s ‘I Tried So Hard’ and Elton John’s ‘Candle in the Wind’ and ‘Goodbye Yellow Brick Road’.

While it’s unclear whether the DJ was attempting to troll the crowd in attendance, it’s an appropriate soundtrack for this most bleakest of ends to Trump’s presidency.

Hours after the rally, a mob of Trump supporters managed to force their way into the Capitol building yesterday following a rally, which caused the building, which is the seat of US Government, to be put into lockdown as politicians and nearby office buildings were evacuated.

Despite the ugly scenes, Congress has since convened once more to certify Joe Biden and Kamala Harris’ victory in the US election.