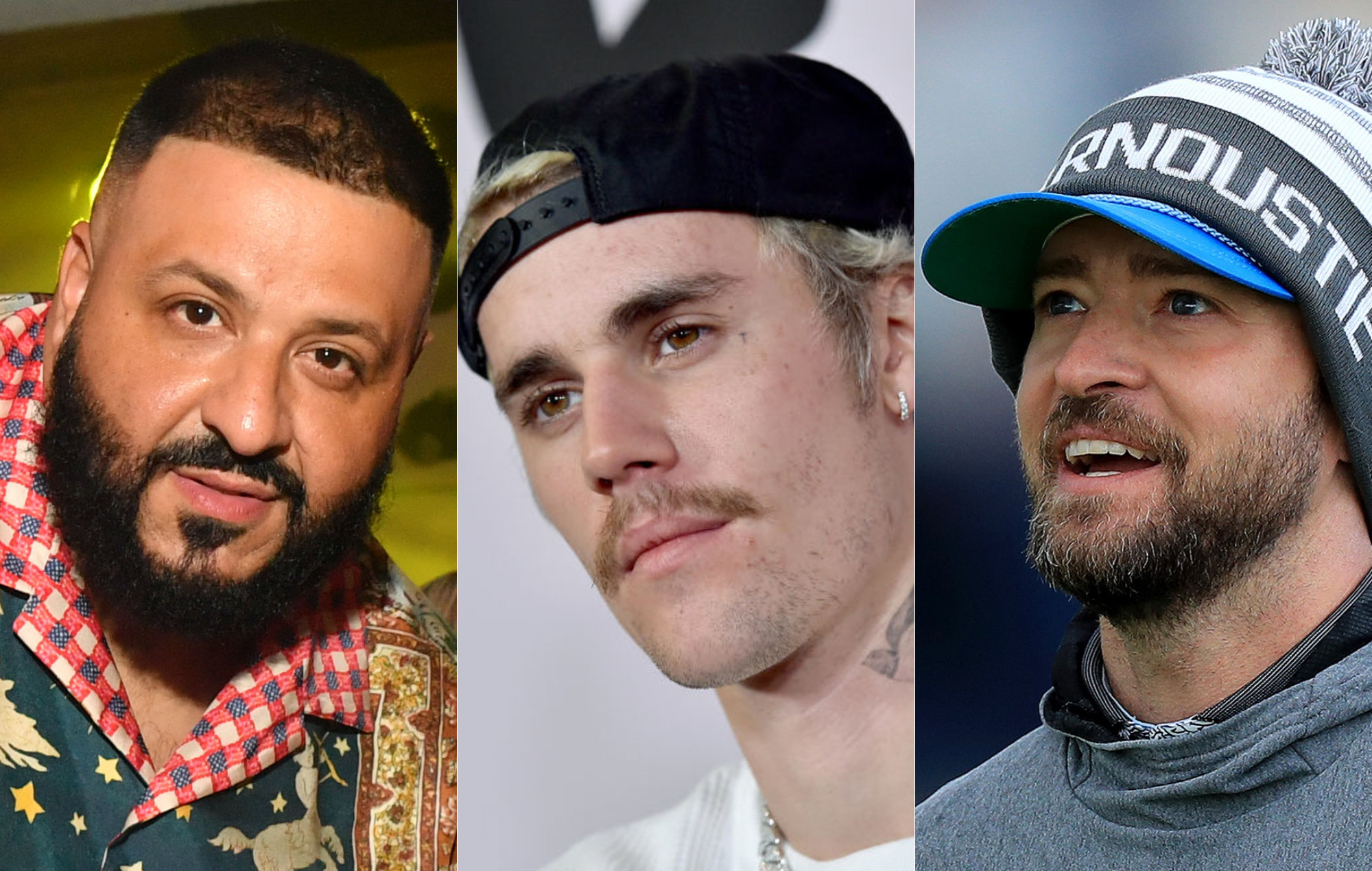 DJ Khaled has scored both Justin Bieber and Justin Timberlake‘s talents on his forthcoming album, titled ‘Khaled Khaled’, revealing the news in a set of posts to his socials.

In Khaled’s tweet, he also revealed he had missed FaceTime calls from Timberlake and Bieber, sharing an image of the two looking confused. Khaled explained this was due to both tracks being at different production stages, writing “My brothers I’m gonna call you back! @justinbieber I just got done with the mix a few days ago and @jtimberlake I just sent the record we did together of to mix”.

A second tweet shows Khaled on the phone with Timberlake, where the former NSYNC artist calls him “the best A&R in the game”.

“We’ve been knowing each other for a long time,” Timberlake tells Khaled. “This record touched me. This is an important song.”

“Records like this don’t get made every day, you know that right?” Khaled responds.

See both tweets below.

I missed the legendary FaceTime of the ICONS @justinbieber and @jtimberlake

My brothers I’m gonna call you back! @justinbieber I just got done with the mix a few days ago and @jtimberlake I just sent the record we did together of to mix

In a different post to his Instagram, Khaled announced that Timberlake’s vocals for the album were complete.

“The vocals are in!” he says in a video that sees the renowned DJ running towards a pool before jumping straight in.

Khaled and Bieber have collaborated previously. Back in 2017 Bieber appeared alongside the likes of Chance the Rapper, Lil Wayne and Migos‘ Quavo in the video for Khaled’s single ‘I’m the One’, reuniting with the same bill of artists the following year for the summer jam ‘No Brainer’.

Just last year, Bieber stepped in on the official music video for ‘POPSTAR’, Khaled’s collaboration with Drake which featured very little of the rapper.

As well as ‘POPSTAR’, another Drake collaboration titled ‘GREECE’ will also feature on the forthcoming ‘Khaled Khaled’.

The post DJ Khaled has brought on Justin Bieber and Justin Timberlake for his new album ‘Khaled Khaled’ appeared first on NME.