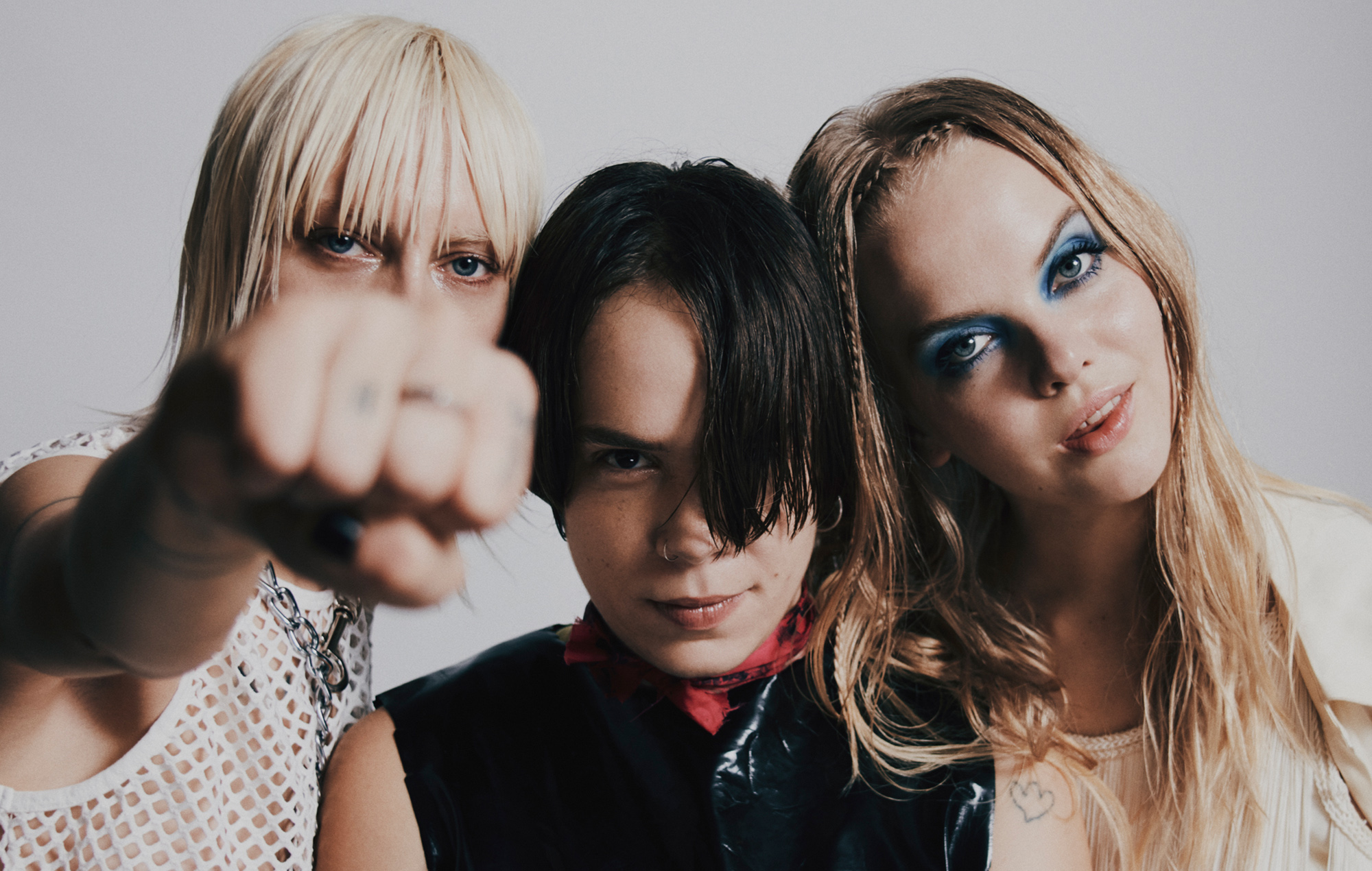 The mixtape, which drops tomorrow (May 7), stands as “an ode to the support and friendship” the band have found over the years while touring. It’s due to feature “nine original pumped up bangers” with vocal contributions from Porridge Radio, Big Joanie, The Big Moon, ARXX, Body Type and several other artists.

“Right now more than ever, connection exists in the non-physical,” Dream Wife said of ‘DW Megamix’ in a statement.

“The down on the ground sense of community through live music is currently in exile from what is safe & responsible. We’ve have had [sic] the pleasure of sharing a space with some of our favourite bands, friends, and inspirations, over our time on the road. Those IRL happenings are the kind of connections that are forged through pure joy and togetherness in the physical, the visceral.”

Proceeds from the mixtape sales on Dream Wife’s Bandcamp will benefit Rainbow Mind, a UK mental health charity for LGBTQ+ individuals. “This charity feels important for us to be supporting through these difficult and isolated times, where music for so many of us is a lifeline and point of connection,” the band explain.

In the spirit of the project, Dream Wife are also opening up support slots for their 2022 headlining tour of the UK. The band have published a call-out for musicians to support their UK tour set for 2022, joining Lucia & the Best Boys.

“All genres, genders and experience levels welcome – just be passionate and pumped to play!” the band said on Instagram. “Women, trans and non-binary folks to the front!” Interested musicians can apply here by May 31.

“Nova Twins’ unchained power as a live unit has always taken our breath away, we love those rockers, what they stand for and how they rip it up,” Dream Wife told NME.

Dream Wife released their last album ‘So When You Gonna…’ last July. “With so much honesty packed into the 11 tracks, the album is an invitation and a challenge to go after what you want – without apologising for it,” wrote NME‘s Helena Wadia in a four-star review.