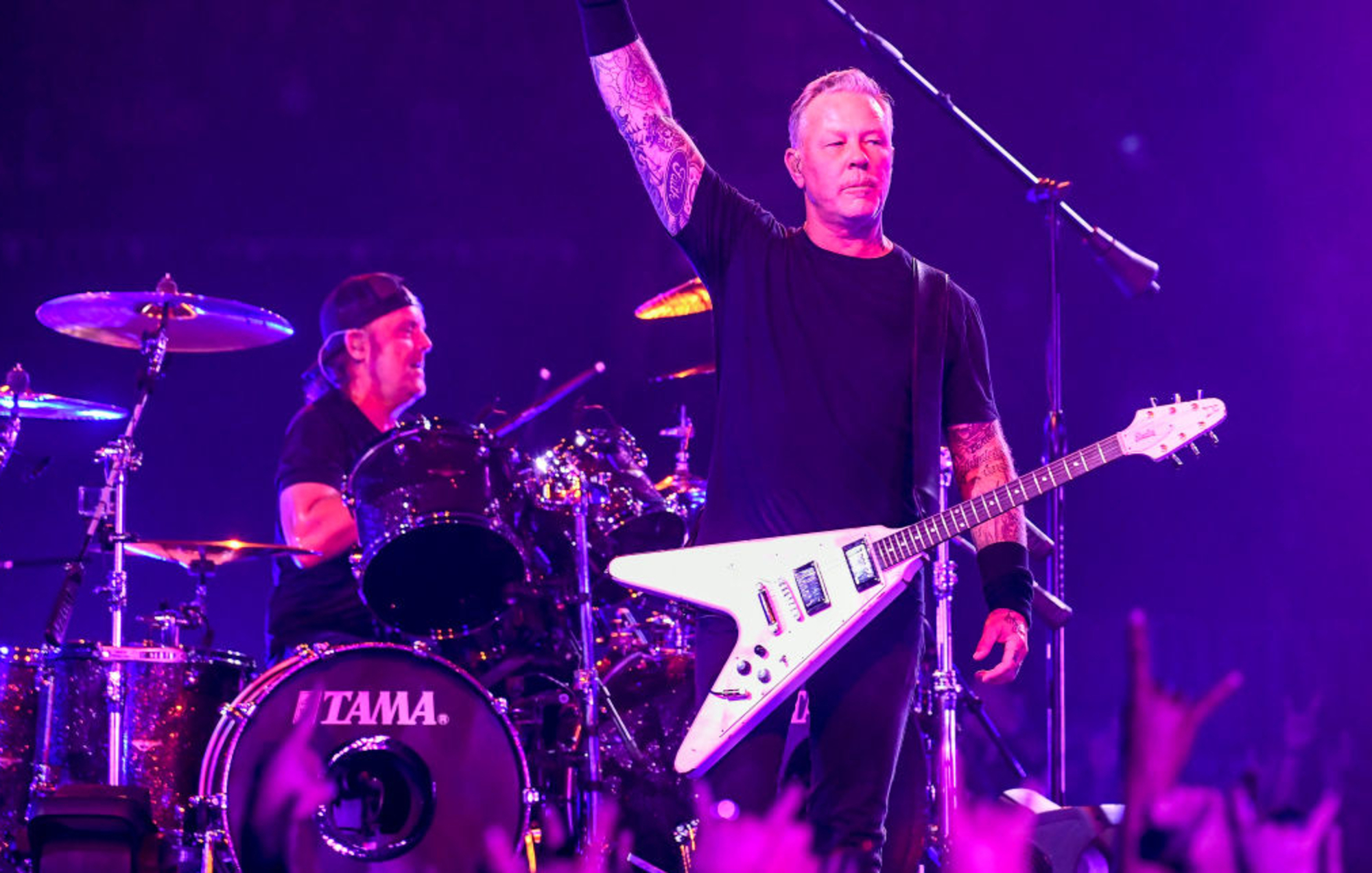 Metallica have announced that their annual ‘Metallica Night’ event with the San Francisco Giants baseball team will be returning for an eighth year.

The event, which has previously seen Kirk Hammett and James Hetfield perform the national anthem and drummer Lars Ulrich throw out the ceremonial first pitch, has been cancelled for the past two seasons due to the coronavirus pandemic.

This year’s ‘Metallica Night’ will take place on May 24 at Oracle Park – formerly AT&T Park – in San Francisco, as the Giants take on the New York Mets. Tickets are on sale here.

“It’s a tradition that we’ve missed the last two seasons, so we’re really excited for the return of Metallica Night at Oracle Park with our hometown baseball team, the San Francisco Giants,” the band said in a statement.

“This year marks the eighth time we’ll take the field for the National Anthem, first pitch, and a few other pre-game shenanigans, and it all takes place on Tuesday, May 24th against the New York Mets.”

Special packages for the event include a ticket to the game and a limited-edition Metallica/Giants T-shirt; a portion of the proceeds from every Metallica Night Special Event ticket sold will benefit the band’s All Within My Hands foundation.

In 2020, Metallica‘s All Within My Hands Foundation donated $350,000 to a series of charities providing aid and care during the coronavirus crisis.

“In the wake of the spread of the coronavirus, the most vulnerable people in our communities need help now more than ever,” Metallica said in a statement at the time. “All Within My Hands is reaching out with four grants totaling $350,000 to organisations dedicated to assisting those hit hard by the worldwide COVID-19 pandemic.”

The guitarist will release the four-song instrumental EP on April 23 via Blackened Recordings across digital platforms, CD and as a Record Store Day Exclusive Ocean Blue Vinyl EP.

‘Portals’ was produced by Hammett and includes songs that were co-written with California conductor Edwin Outwater, who also contributed keyboards and led the orchestral players from the LA Philharmonic on ‘Portals’. Hammett previously collaborated with Outwater on Metallica’s ‘S&M2’ shows in 2019.