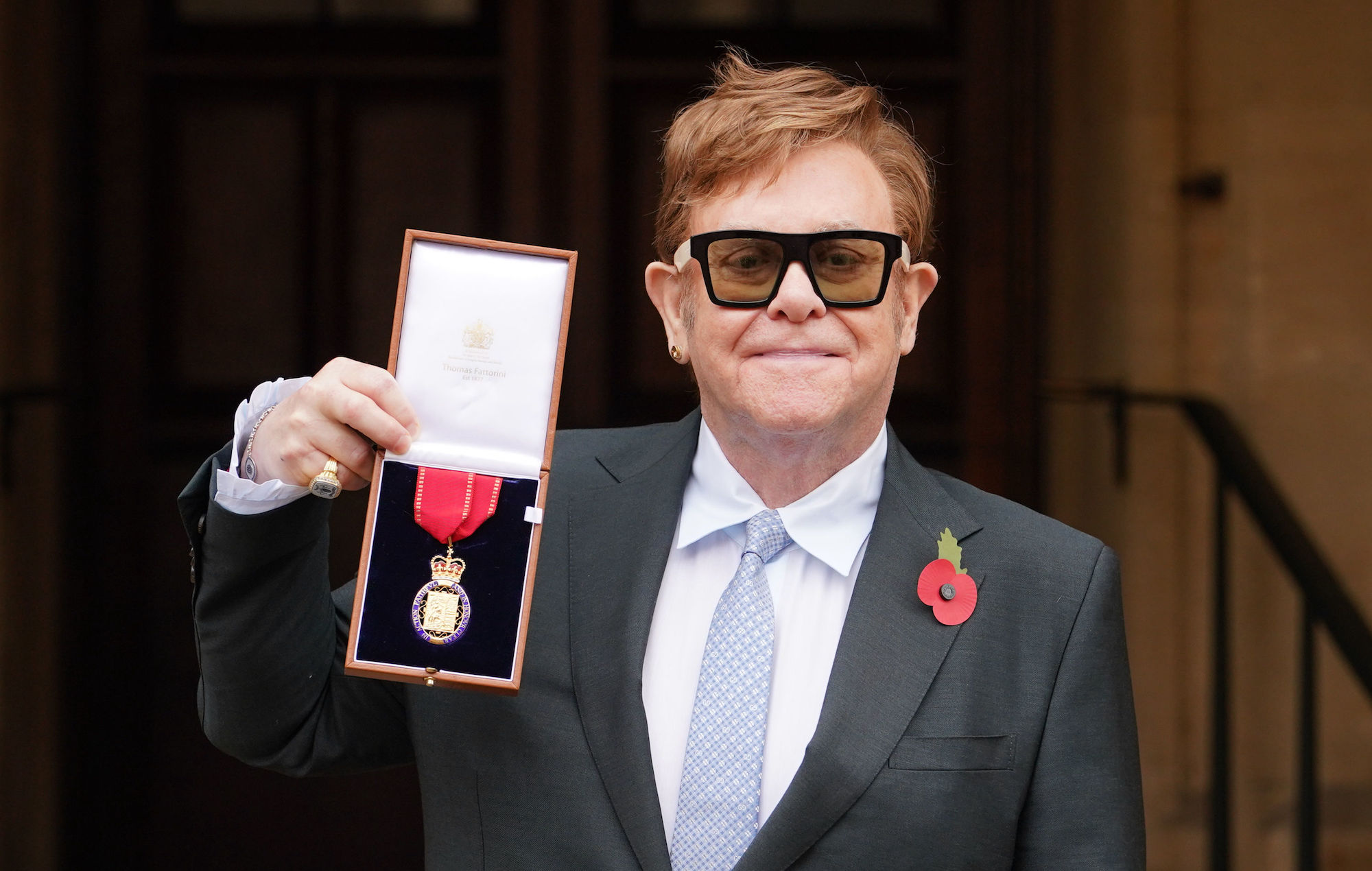 Elton John has said he’s “full of beans” and “raring” to make new music after being given a prestigious award by Prince Charles.

At a ceremony at Windsor Castle this week, John was named Order of the Companions of Honour for his career within music as well as his charity work, and spoke of how he was honoured to receive the nod.

“I’ve had an amazing life, music has been my life, and I got this for music and for work for charity,” John said.

“I’ve had a hip replacement but I’m full of beans and I’m full of zest, but this is just a prompter to say ‘come on you’ve got more to do now’.”

Last week (November 2), John gave an update about the hip injury that caused him to postpone his Farewell Yellow Brick Road Tour in September, saying he remains in pain with restricted movement in his hip joint, which means that he currently cannot manoeuvre himself in and out of a car.

Speaking to NME about new music in a recent Big Read feature, John said: “I just think: I know all the old stuff; I love the new stuff. It’s the future I’m interested in. I’m not interested in the past – not even Elton John’s past.

“I know I have to sing what I do onstage but I very, very rarely go back and listen to my own records. I’m more interested in hearing something new.”

The singer’s next new material after his recent UK chart-topping album ‘The Lockdown Sessions’ will come in the form of a Christmas duet with Ed Sheeran, which the latter recently previewed in a radio interview.