Eminem had to relearn how to rap following drug overdose 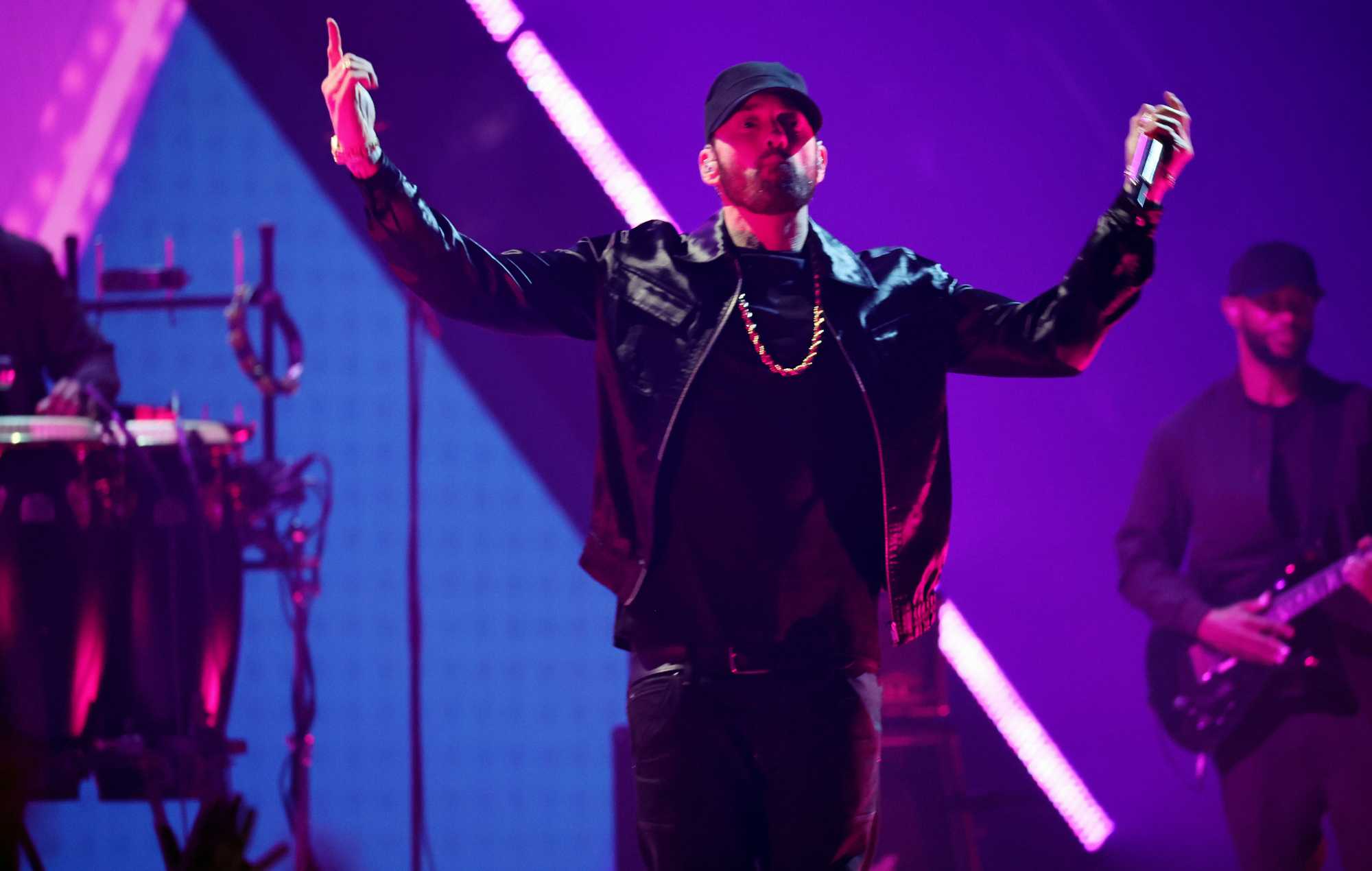 Eminem has revealed that he had to retrain himself to rap following his 2007 accidental overdose on methadone.

The rapper was appearing on the latest episode of his manager Paul Rosenberg’s podcast Paul Pod, where he spoke about the overdose and having to relearn his craft.

“I remember when I first got sober and all the shit was out of my system, I remember just being, like, really happy and everything was fucking new to me again,” he said about working on his 2009 album ‘Relapse’. “It was the first album and the first one that I had fun recording in a long time.”

He continued: “It was like the first time I started having fun with music again and relearning how to rap. You remember that whole process, [it] took a long time for my brain to start working again.”

In the episode, Rosenberg spoke of how doctors had to “stabilise [him] with a few medications” and how “some of them took [him] a minute to adjust to”.

“So, you’re learning how to rap again almost literally, right?” He said. “Because it’s the first time, probably, you were creating without having substances in your body in, however many years, right?”

Eminem then replied: “Didn’t you ask the doctors when I first started rapping again, didn’t you say like, ‘I just wanna make sure he doesn’t have brain damage?’”

“Yeah. I thought you might have some permanent problems,” Rosenberg responded. “Yeah. I was concerned, for sure.”

“Brain damage! Ever since the day i was born…” im on #PAULPOD @rosenberg @shade45 9pm ET tonight. pic.twitter.com/Z32sRkBrbG

Eminem released his second greatest hits collection, ‘Curtain Call 2’, last month. A press release at the time stated: “‘Curtain Call 2’ will include music from all Eminem projects from ‘Relapse’ forward, including side-projects, guest appearances, film soundtrack songs, and of course selections from his solo albums.”

In other news, Eminem was announced as the winner of a Creative Arts Emmy Award, taking him one step closer to becoming an EGOT winner.

The star was part of an ensemble that performed at the Superbowl Halftime Show earlier this year alongside Dr. Dre, Kendrick Lamar, Snoop Dogg, Mary J. Blige, 50 Cent and Anderson .Paak, which won three prizes at the ceremony over the weekend.

Adam Blackstone, the Emmy-winning music director who worked on the Super Bowl Halftime Show, has said that he wanted to take the star-studded performance on tour.

Looking to the future, Blackstone said that he was now “calling out” Dre, Eminem, Snoop, Kendrick, Blige, .Paak and 50 Cent, adding: “Let’s take this on the road.”

The post Eminem had to relearn how to rap following drug overdose appeared first on NME.