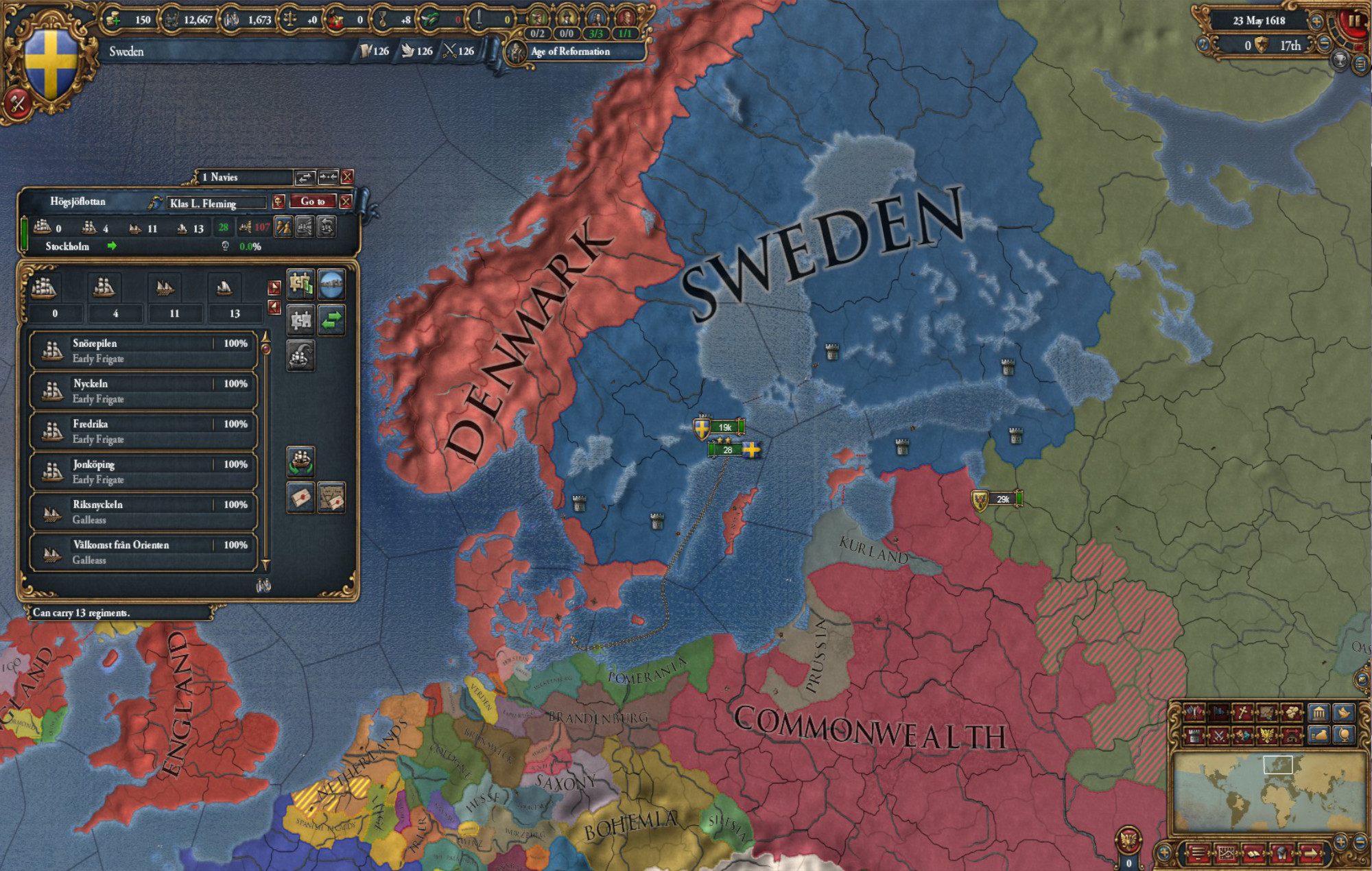 Epic Games Store will be giving away Europa Universalis IV for free from September 30 until October 7.

Paradox Interactive’s Europa Universalis IV will be available for free through the Epic Games Store as the latest in a long-running weekly giveaway. The game will replace The Escapists, which is currently free.

In Europa Universalis IV, players can control a developing nation to turn it into a global empire. Nations will need to be maintained throughout the centuries using exploration, trade, warfare, and diplomacy.

A new system introduced in the fourth instalment is the Monarch Power. This stat will influence players choices and control the flow of the game. Throughout the hundreds of years of gameplay, the landscape will change with seasonal effects. The game uses historically accurate behaviours and events to inform the world’s development, and players will be able to choose how their nation reacts to these events.

Many DLC packs are available for Europa Universalis IV that can be purchased to alter player’s experiences. Immersion packs add details to important world events and factions, while content packs create new opportunities for nations to cultivate.

Epic Games CEO Tim Sweeny has accused Apple of lying after their long-running court battle. In a tweet, he said, “Apple lied. Apple spent a year telling the world, the court, and the press they’d ‘welcome Epic’s return to the App Store if they agree to play by the same rules as everyone else’. Epic agreed, and now Apple has reneged in another abuse of its monopoly power over a billion users.”

Apple appears to be holding off on allowing Fortnite back onto its platform until the court case has been fully resolved and appeals are no longer ongoing.

Elsewhere, Mojang is allegedly working on two projects that are not Minecraft focused, but more Minecraft is coming.