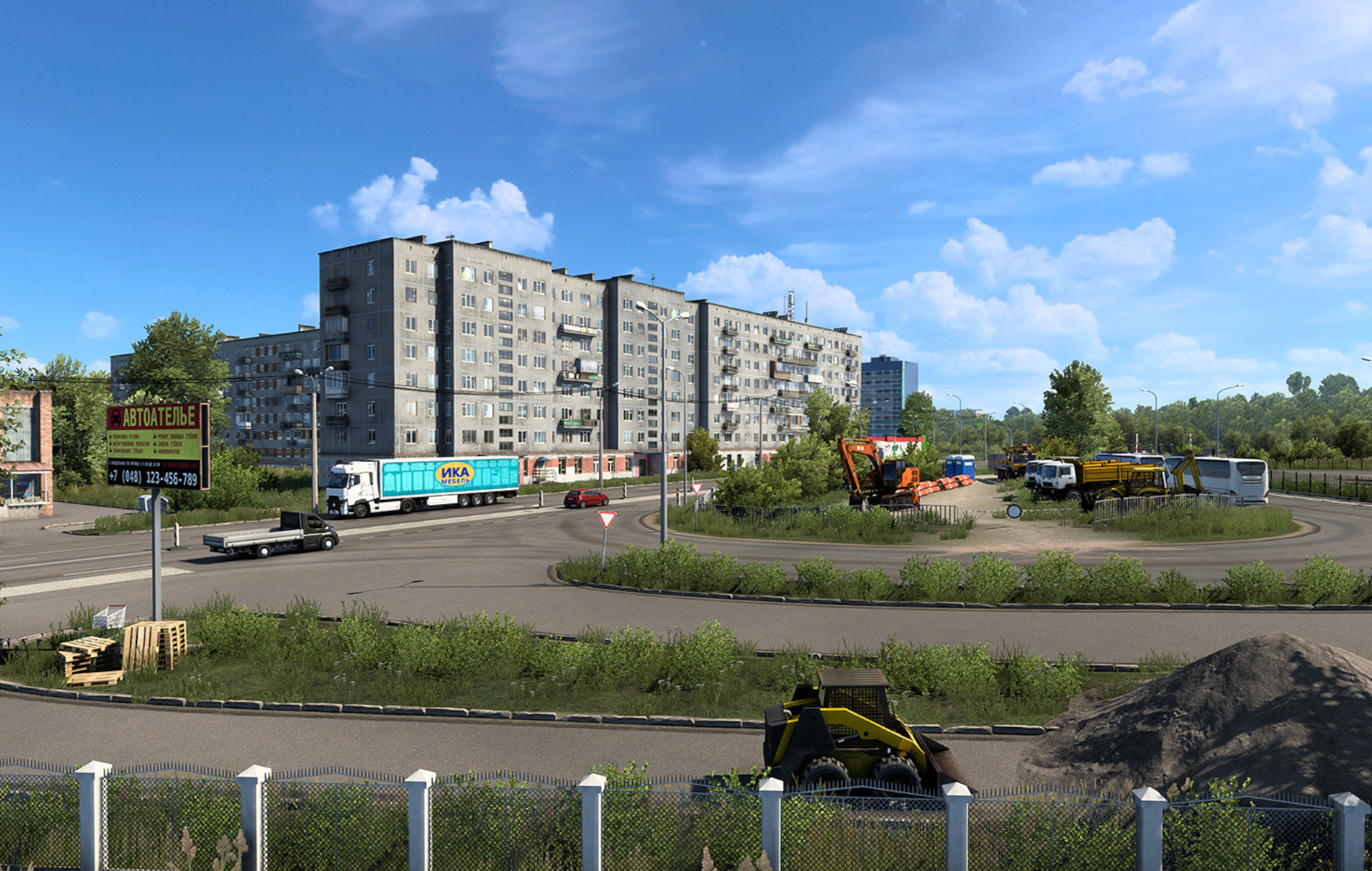 In the Steam post SCS Software detail the research and design of Russian roadways for the upcoming Eurotruck Simulator 2 DLC. “During the early research phase of Heart of Russia, which has been on-going since the release of ‘Beyond the Baltic Sea’, many of the roads highlighted for the road network of this DLC were quite old and very well used.”

It continues, “however since that time, local map sources were updated which allowed us to bring in some recent changes, which we have replicated virtually to bring the most up-to date road network possible.”

The post also shares several screenshots of the Heart Of Russia DLC which shows highly detailed roads that have signs of past construction and ageing cracks.

“Our teams have also taken a new approach for a lot of road assets in the ‘Heart of Russia’ DLC, such as bridges, railings and curbs; which are bigger and denser. Traffic signage have also been a particular focus for our teams too, as there is quite the variety of them in Russia. Besides the standard road signs on poles, we encountered new challenges, such as hanging signs, dynamic warnings, new horizontal signage, unique railway crossings and many more.”

Eurotruck Simulator 2 players can rest assured that they will get to explore some of the more rural aspects of Russia’s road network. The post says that “our teams have also focused on creating a better ratio between local roads and highways too. Drivers will find themselves often routing onto local roads rather than on a highway, as smaller roads make up a majority of the road network in Russia. You can also expect to find quite a few dirt roads too! Just be sure to keep an eye out, as these tricky roads are often used by local traffic too.”

In other news, EA has revealed the next headliners team that will be coming to FIFA 22.