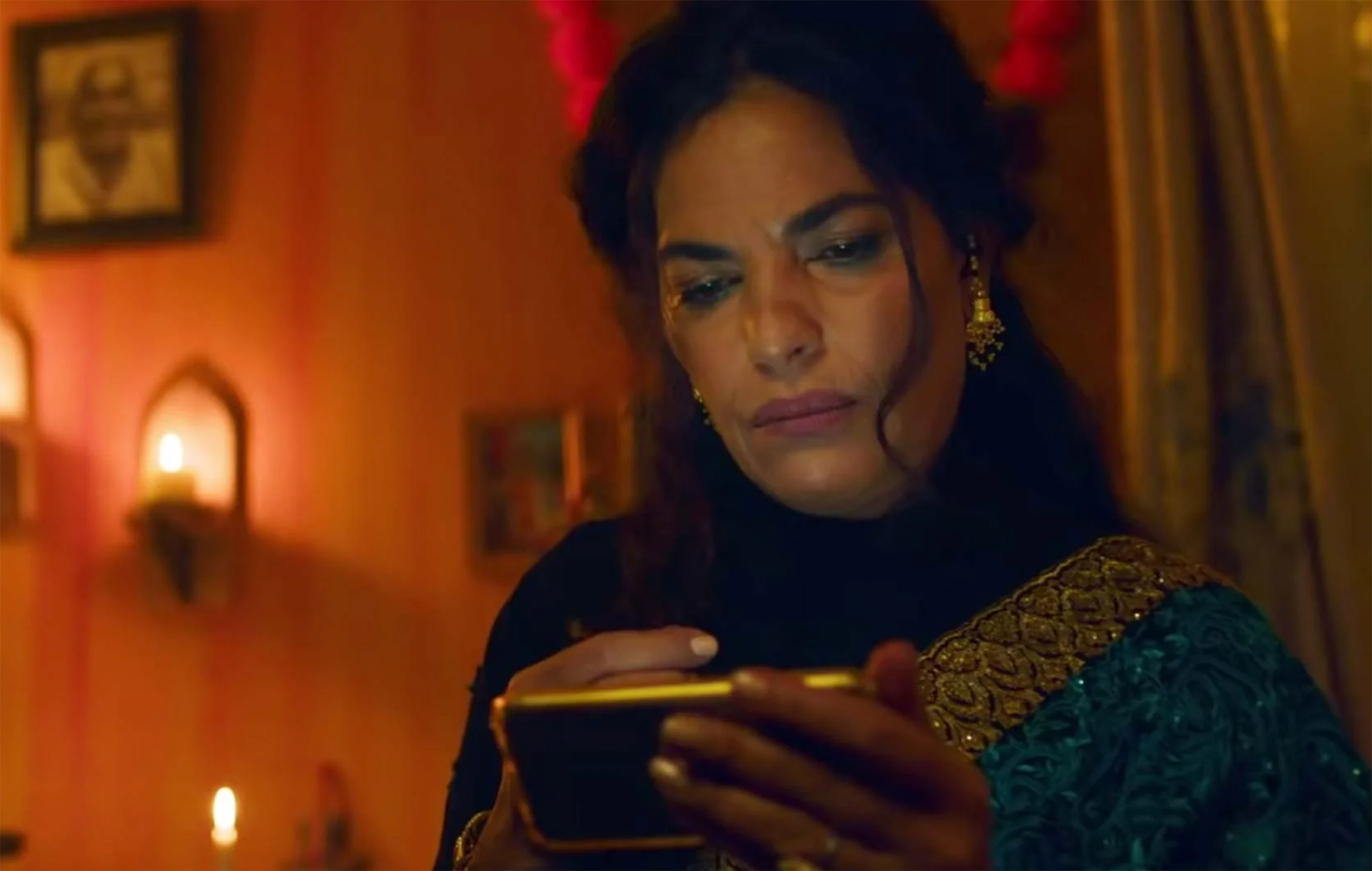 There’s plenty to like about this horror film premiering as part of Amazon’s Welcome to the Blumhouse anthology series. Adapted by playwright Madhuri Shekar from her own acclaimed audio drama, it’s predicated on an affecting mother-daughter bond that stretches authentically over two continents. As 29-year-old Pallavi (GLOW‘s Sunita Mani) gets more serious with her wealthy boyfriend in New Orleans, her Delhi-based mother Usha (Sarita Choudhury) becomes increasingly convinced that her daughter’s life is in danger. Sadly, directors Elan and Rajeev Dassani never manage to ratchet up enough tension to make Evil Eye genuinely chilling.

Shekar’s layered screenplay avoids the reductive clichés that can infect Western portrayals of Indian family relationships. Though Usha is clearly keen for Pallavi to get married – and sooner rather than later – she’s also proud to have raised an independent daughter who provides for herself. Matchmaking from home in Delhi, where she and husband Krishnan (Bernard White) returned after raising their daughter in the US, she arranges for Pallavi to have coffee with a suitable young man she’s found online. When he fails to arrive on time, Pallavi is chatted up by Sandeep (Omar Maskati), an unusually perceptive stranger waiting in the same café.

Initially, Usha is thrilled that Pallavi has met someone so wealthy and eligible, but her suspicions are aroused when she spots familiar patterns in Sandeep’s behaviour. When he pays for Pallavi to move to a larger apartment and offers to bankroll her so she can quit her office job, Usha is reminded of a controlling and abusive relationship from her own past. At the same time, Krishnan becomes worried about Usha as she experiences debilitating migraines and makes excuses to avoid leaving the house. Is there truth in Usha’s superstitious belief that their daughter is cursed, or is she simply succumbing to paranoia?

Though the directors add some effective flashback sequences showing a young Usha being pursued by her abusive boyfriend, they’re not enough to make the film feel fully cinematic. Too many key moments take place in flatly shot phone conversations between Usha and Pallavi, a massive and perhaps inevitable structural hangover from Evil Eye‘s origins as an Audible drama. Because of this, there’s no real sense of menace until the startling climax where Sandeep’s true motivations are finally revealed. Though there’s a lot to like about Evil Eye, there’s rather less to be terrified by.