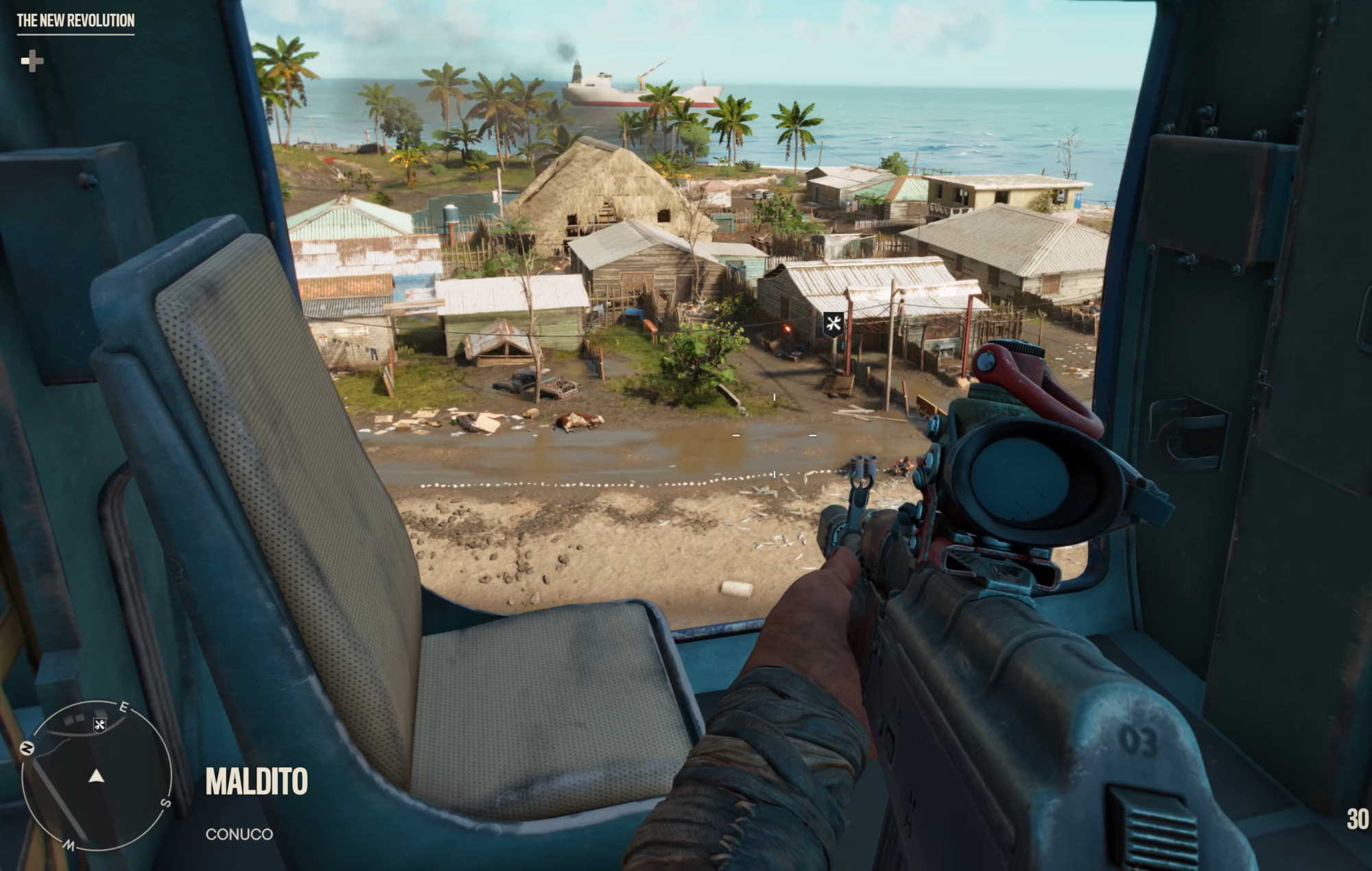 Far Cry 6’s post-launch road map includes three free crossover missions that will be released over time until the end of March of 2022. These will be joined by free special operations and a separate season pass release schedule.

The first of the crossovers features Danny Trejo in Danny & Dani vs. Everybody. The trailer shows Danny Trejo working a grill to serve the people of Yara when it comes under attack, forcing him to dust off his signature machete. Players must fight alongside him to defend his Taco vending business. This mission will be available in December.

The second crossover mission is called Rambo All The Blood and features a “Rambo super fan” fighting against the Yaran military in a blood-soaked rampage. This mission will unlock in February of 2022.

The final crossover is with Stranger Things, and the trailer shows scenes from Yara in the upsidedown. Something has kidnapped Chorizo, the companion puppy, from the main game. Players will have to try and track them down. The mission is called The Vanishing and will be available in March 2022.

In November, the first Season Pass content will become available. This DLC will let players enter a roguelike mode as one of the series villains, Vaas Montenegro of Far Cry 3. The second DLC will let you play as Pagan Min from Far Cry 4 and will be available in January of 2022. The final of these missions will let you play as Far Cry 5’s Joseph Seed and is coming in March alongside The Vanishing mission.

Those who purchase the season pass will also receive a full copy of Far Cry 3: Blood Dragon.