‘Fashion Police Squad’ is a first person shooter about style 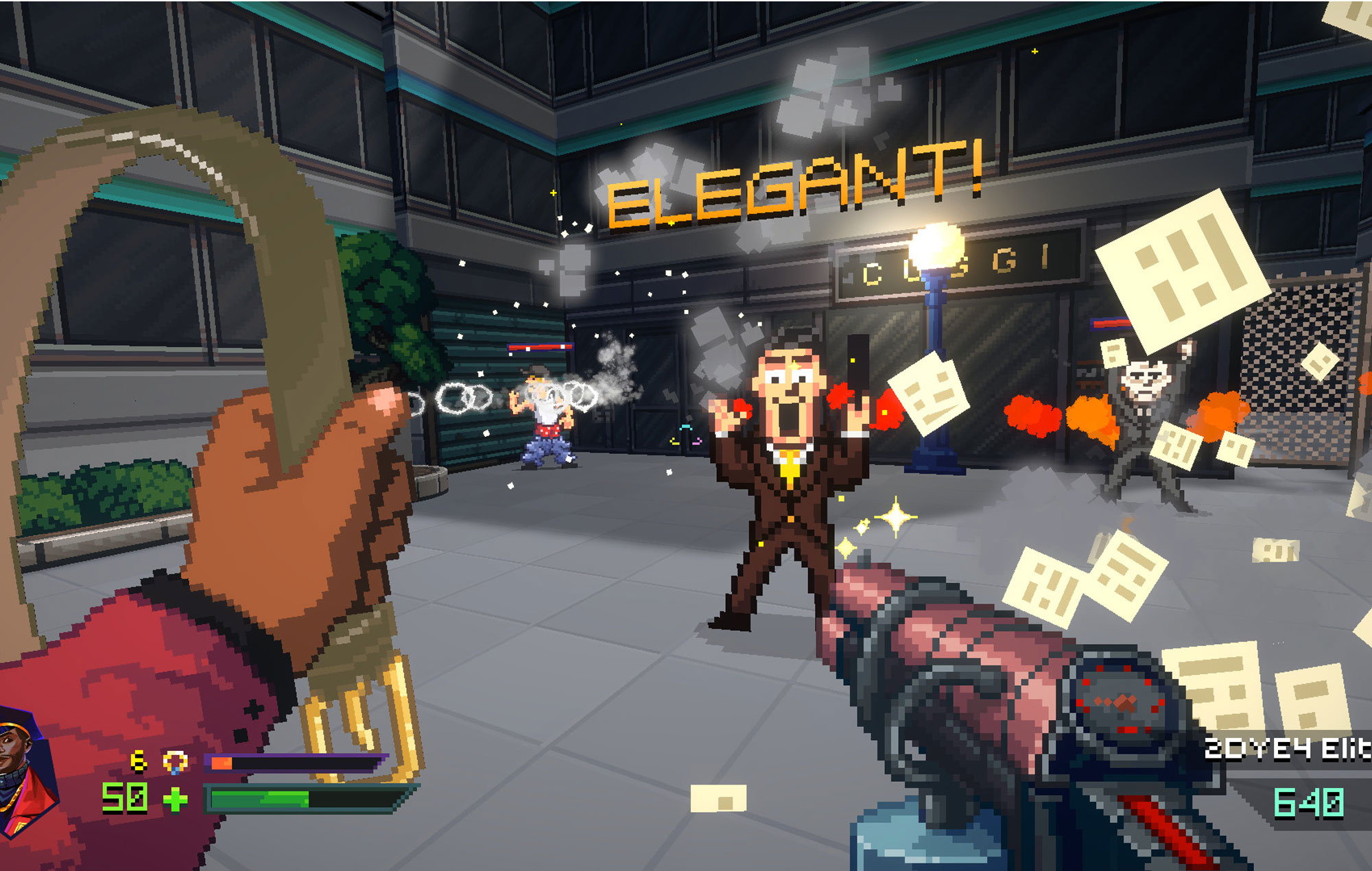 Socks with sandals? Ill-fitting suits? Pants that don't cover your arse? It's time to serve some good ol' Fashion Justicehttps://t.co/rOqHI4rqFk

The game’s trailer shows off its humorous, non-violent approach to the genre as the player uses a belt to swing around Trendopolis, ensuring that any and all fashion crimes are corrected through specific weaponry.

Explaining in a subsequent tweet Rose said: “a loose fit requires your sewing machine gun, while a boring grey suit could do with a shot from the 2DYE4 Carbine”. After a level is completed, all fashion crime perps are required to walk the runway, showing off the player’s handiwork.

The Steam page for Fashion Police Squad is already up, allowing customers to wishlist the game. The page promises a single-player story, and battles against the “biggest, baddest bosses in the fashion industry”  which includes CEO ‘Hugo Bauss’ shown in the game’s trailer.

Yesterday (May 31) it was revealed that Sierra Entertainment’s founder Ken and Roberta Williams are working on a new game.

YouTuber Space Quest Historian was contacted by a third party who had contacted him about the upcoming game, and broke the news after he received a Facebook message from Ken Williams which said: “he is right, and it is true!”

The post ‘Fashion Police Squad’ is a first person shooter about style appeared first on NME.