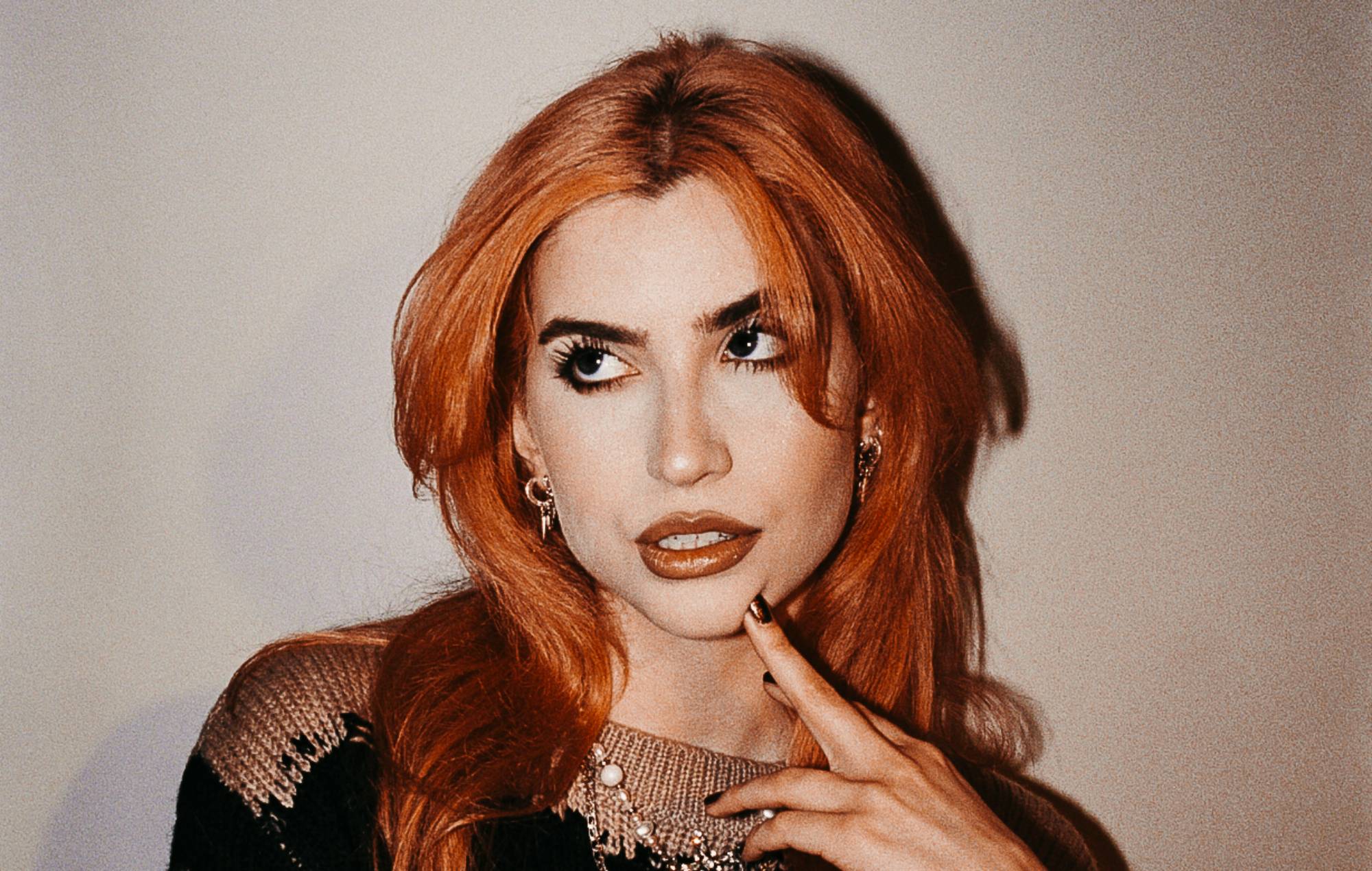 You may already be familiar with Abby Roberts through her huge TikTok presence. Having amassed over 17 million followers with her posts about make-up, beauty and art, she’s since worked with the likes of Yungblud, Zara Larsson and Liam Payne, and recently featured as a guest judge on the BBC’s Glow Up: Britain’s Next Make-Up Star.

The 20-year-old online sensation is now entering the world of music, with a six-track EP of hard-hitting anthems that come from a place of great emotional and mental turmoil due later this year. While she’s previously admitted to being a very private person, Roberts’ music – previewed by her recent debut single ‘Paramaniac’ – will give her fans their first glimpse of the star in a more vulnerable and fragile light. A daunting yet exciting prospect, Roberts’ next adventure will surely see her further blossom into an outspoken, unapologetic and fearless young woman, equipped with her guitar and ready to take on the world.

Ahead of the release of her debut EP, NME sat down with Roberts to discuss her new venture into music, how she deals with her astronomical online fame and her dream collaborations (take note, Arctic Monkeys, Lana Del Rey and Billie Eilish). Here’s what we learned.

‘Paramaniac’ is a bittersweet ballad that honestly depicts the feeling of trying to stay positive even when you’re falling to pieces; its chorus eventually embracing the acceptance that you can’t always be OK. Roberts selected the track as the EP’s lead single because, she says, it best represents her journey through the record. “‘Paramaniac’ was actually the song that we wrote last,” she tells NME. “[The title] means someone who likes to complain a lot, and it felt like it kind of summarised the whole EP. It felt like a good summary of diving into my brain, my mental health and just a real stream of consciousness, and I felt like it represented me super-well.”

Roberts learned how to play guitar for the EP

Despite growing up in a musically-inclined family – her sister is obsessed with Queen and Bowie, while her father played in his own brass band – Roberts hadn’t played guitar before starting work on the EP. “Guitar came to me before I knew that I wanted to ever put music out there. I just wanted to know how to play an instrument, because who doesn’t want to just be able to pull out a guitar?” she explains, before chuckling: “It was slightly more difficult than I anticipated.”

Roberts also details how the process of becoming more acquainted with her instruments played a pivotal role when it came to working in the studio. “It was really helpful for me being able to go into a session using knowledge that I had about a guitar to be like, ‘Actually, I want you to play a bit more this way or use these chords, or I find that this range suits my voice a lot better’. It really helped me in actually producing the music to start with as well.”

As with any rising crossover star, there’s always going to be critics who will disregard Roberts’ online success as just another celebrity trying to cash in on their fame. This couldn’t be further from the truth when it comes to Abby Roberts, though: she details to NME her time spent in the studio, particularly noting the immeasurable emotional and mental labour that went into her EP. “You go into a studio and it’s like, ‘OK, here’s this person you’ve never met before and you have to talk about your deepest trauma’. It is quite nerve-wracking.”

Having built her entire career online by herself, moving from a place of having complete control to then entrusting a team around her to help realise her musical ambitions wasn’t a straight-forward process. When it came to the music videos, for instance, Roberts explains: “I was like: ‘I need to know everything. I need to know what every single scene is gonna look like, and I want 100 per cent control over the creative idea’. Everything that I do has to come from me because if it’s not it’s not going to feel authentic, and I’m such a creative person. I just want to be as hands-on as I could be.”

While online fame has been tough, it’s made Roberts more resilient

Roberts is grateful for the opportunities she’s had thanks to her online fame, but her rise hasn’t been without its bumps in the road. “I’ve been doing make-up for so long. I fell into it by accident: the first video I posted on YouTube happened to blow up and it went from there,” she explains. “But I always loved music. I just got so sucked into the make-up stuff – people don’t realise how much work goes into it. It feels like because you’re a TikToker, nothing can be wrong in your life and nothing is going on behind the scenes. I think there’s bigger parts to my life that I haven’t shown, for the same reason [as] literally everyone on the app. You don’t want to show the ugly shit that’s going on in the background: you want to show the best bits that make your life look amazing.”

Roberts says that the writing process behind her EP helped her display her true emotions. “Being able to channel that artistically has been the best thing for me,” she says. “I’m nervous for what people [will] have to say about the music, but I’m also totally confident in those feelings. I feel really sure about my emotions in the way that I felt at the time, and still feel so.”

As Roberts has already worked with some household names through her involvement in the world of beauty and make-up, her fans may now be wondering if collaborations will also be a part of her burgeoning music career. “I would love to eventually start working with people in the studio,” she says about that prospect. “[But] I felt like I needed to fully become myself as an artist before I started bringing other people in, especially for the first EP. I wanted to establish myself, not bring anyone else at all into this and just completely be like, ‘This is Abby’.”

Pressed on her list of dream collaborators, Roberts mentions the likes of Gorillaz, Lana Del Rey, Billie Eilish and her longtime favourites, Arctic Monkeys: “Don’t think they ever would [work with me], but oh my god, is that not the dream?!”

The post Five things we learned from our In Conversation video chat with Abby Roberts appeared first on NME.