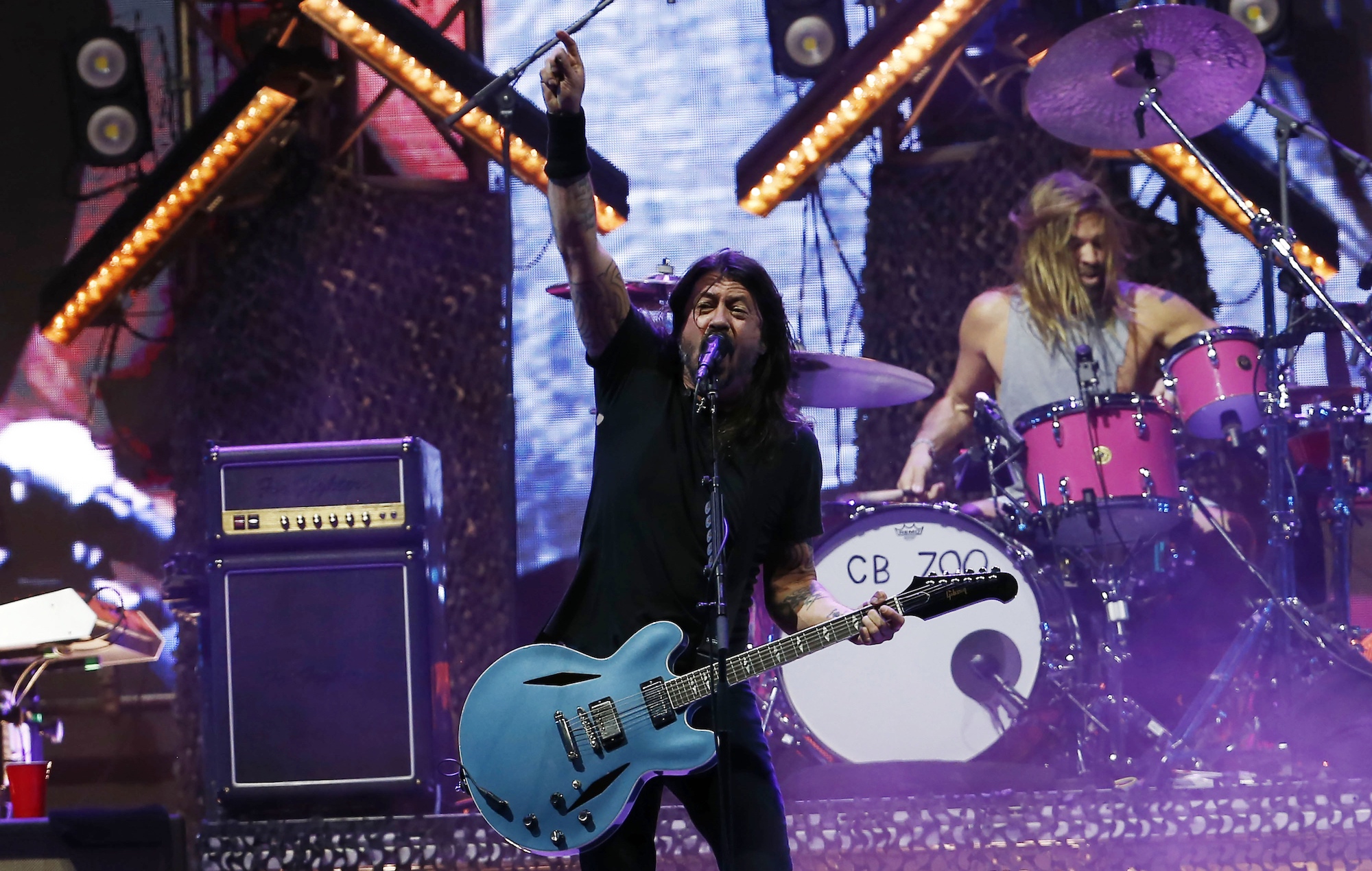 Foo Fighters have cancelled a planned performance at the 2022 Grammy Awards, following the death of their drummer Taylor Hawkins last week.

Last month, prior to Hawkins’ death, the band were announced as part of the performance roster for the ceremony – which takes place this Sunday (April 3) in Las Vegas – alongside Billie Eilish, Olivia Rodrigo, BTS and more.

Earlier this week, Foo Fighters announced they were cancelling all of their upcoming tour dates in light of Hawkins’ death. “We’re sorry for and share in the disappointment that we won’t be seeing one another as planned,” they wrote in a statement at the time.

“Instead, let’s take the time to grieve, to heal, to pull our loved ones close, and to appreciate all the music and memories we’ve made together.”

Rolling Stone is now reporting that the band will not be performing at this weekend’s Grammys either. The band are nominated for three awards – Best Rock Performance, Best Rock Song and Best Rock Album – and the ceremony will reportedly feature a tribute to Hawkins.

“We will honour his memory in some way,” CBS’ Jack Sussman told Variety in a recent interview. “We want to figure out what is the right thing to do that is respectful to everyone involved. We’re patient. We’ll be planning right up until the very end.”

Hawkins, who played with Foo Fighters from 1997 until his death, died last Friday (March 25) at the age of 50 in Bogotá, Colombia. The band where scheduled to perform at a festival that evening as part of their South American tour.

“The Foo Fighters family is devastated by the tragic and untimely loss of Taylor Hawkins,” a statement from the band confirming the drummer’s death read.

“His musical spirit and infectious laughter will live on with all of us forever. Our hearts go out to his wife, children and family, and we ask that their privacy be treated with the utmost respect in this unimaginably difficult time.”

Hawkins death prompted an outpouring of tributes from the world of music, with the likes of Paul McCartney, Elton John, Joan Jett, Coldplay, Miley Cyrus, Liam Gallagher, Slash and Stevie Nicks all honouring Hawkins’ life and career in the last week.