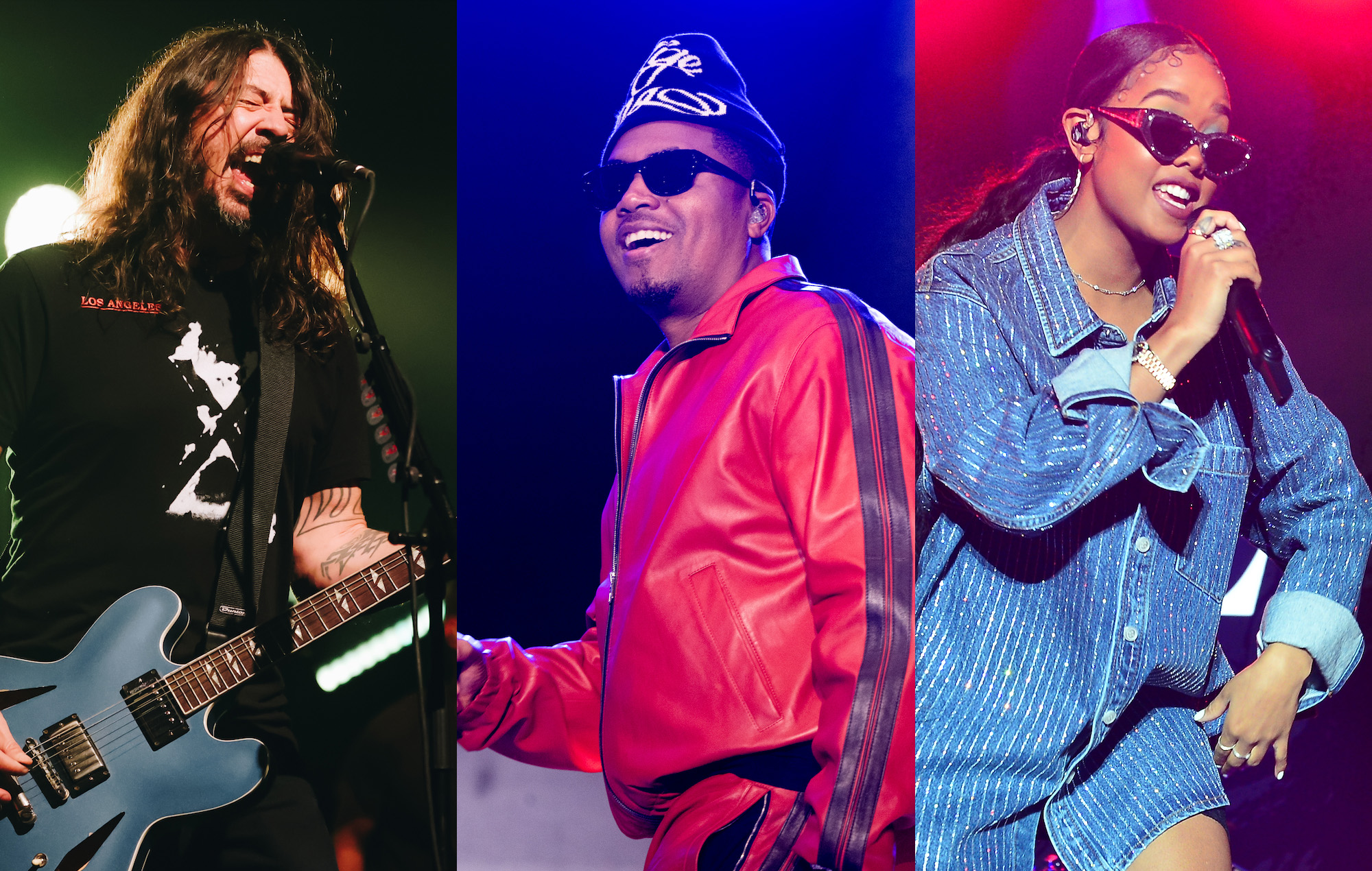 Foo Fighters, Nas and H.E.R. are among the new additions to the roster of performing artists at next month’s Grammy Awards ceremony.

Earlier this month, it was revealed that Kanye West had also been slated to perform, but that his appearance had been scrapped over his recent “concerning online behaviour”.

Batiste leads this year’s nominations, appearing in 11 categories including Album Of The Year (for ‘We Are’) and Record of the Year (‘Freedom’). Justin Bieber, Doja Cat and H.E.R follow with nominations in eight categories, while Rodrigo and Eilish are both up for seven. Lil Nas X is up for a total of five awards, including Record, Album and Song Of The Year.

Hosting this year’s ceremony – which will take place at Las Vegas’ MGM Grand Garden Arena on April 3 – is comedian and Daily Show host Trevor Noah. He was announced as the show’s host last December, marking his second year in a row.

This year’s awards were scheduled to take place in January at Los Angeles’ Crypto.com arena. However, the Academy postponed the planned ceremony, citing a rise in the COVID-19 Omicron variant. The event is taking place in Las Vegas for the first time in Grammys history.