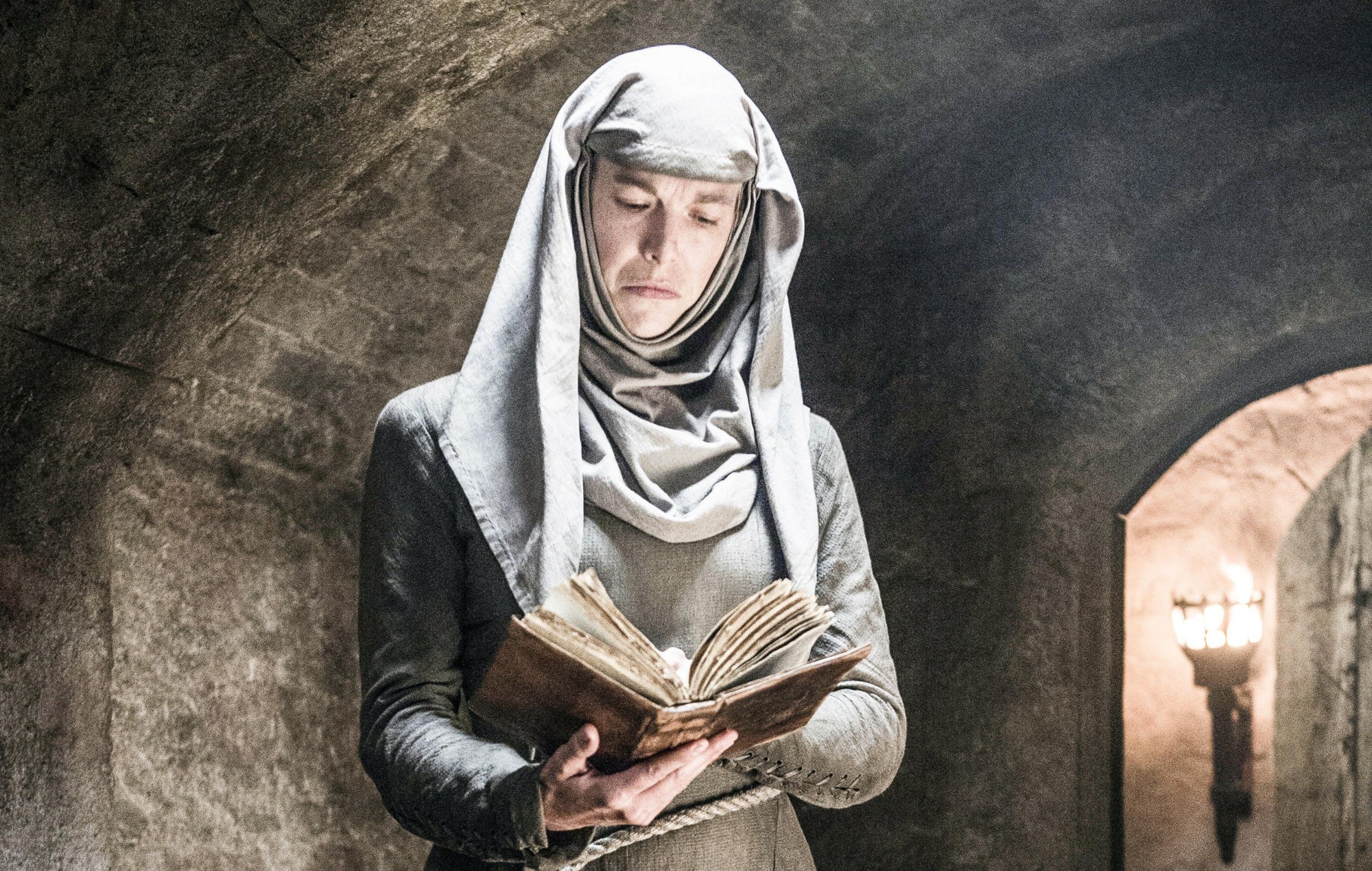 Game Of Thrones star Hannah Waddingham has revealed that the show scrapped a harrowing storyline for her character following a fan backlash over the Sansa Stark rape scene.

The actress played the role of Septa Unella in the HBO show, whose final scene in season six sees her waterboarded with wine by Cersei Lannister (Lena Headey). The moment ends as The Mountain (Hafþór Júlíus Björnsson) ominously enters the room and closes the door, before cutting to a different scene.

Waddingham has now revealed that the moment was originally meant to be even more disturbing, with bosses deciding to scrap the idea after the fan backlash to the Sansa scene in season five.

“She was meant to be raped by The Mountain, and I think they’d had so many complaints about the rape of Sansa that they chose not to go with it,” she told Collider.

“I think they possibly changed it when I was mid-air flying to Belfast because suddenly I got sent these new sides that said that I would need a wetsuit top. And I thought they’d sent me the wrong bits. And sure enough, when I got there, I was then put in a wetsuit top and I was like, ‘Because?’ And they went, ‘Oh, it’s waterboarding instead.’”

Waddingham further recalled the experience filming, describing it as the “worst day of [her] life”.

“And there I was strapped to a wooden table with proper big straps for ten hours. And definitely, other than childbirth, it was the worst day of my life. Because Lena was uncomfortable pouring liquid in my face for that long, and I was beside myself.

“But in those moments you have to think, do you serve the piece and get on with it or do you chicken out and go, ‘No, this isn’t what I signed up for, blah, blah, blah?’”

Ramsay Bolton actor Iwan Rheon made similar comments about the Sansa rape scene last year, recalling: “Nobody wanted to be there. Nobody wants to do that, but if it’s telling a story then you have to tell it truthfully.

“They didn’t sensationalise it or anything. It was very, very hard watching. It’s a horrible thing that happens, unfortunately, and it shouldn’t be. It was the worst day of my career.”