Hamburg, Germany's GAMMA RAY has delivered impressive statements of its own musical philosophy to the worldwide heavy metal community for more than 30 years now. Founded and fronted by Kai Hansen after his departure from the famous German power metal band HELLOWEEN, GAMMA RAY recorded 11 studio albums between 1989 and 2015. Alongside Dirk Schlächter (bass), Henjo Richter (guitar), Michael Ehré (drums) and Frank Beck (vocals), Hansen is the band's lead vocalist, guitarist and chief songwriter. The expressive power of the band's music is reflected in their energetic live shows. There's hardly a renowned metal festival where GAMMA RAY hasn't rocked the crowds and hardly a European metal magazine which hasn't featured at least one GAMMA RAY cover story. On GAMMA RAY's upcoming live album "30 Years Live Anniversary", the band would like to invite everyone to the party that was their exclusive and only show in 2020. Due to COVID-19, the band was not able to play shows so they decided to do a livestream event and set up a big stage in the ISS Dome in Düsseldorf, Germany. This event took place on August 27 and was streamed to fans all over the globe. Check out "Land Of The Free" from that livestream event below. Several cameras recorded the very best of power metal with guest keyboard player Corvin Bahn and former (and first!!) GAMMA RAY singer Ralf Scheepers as a very special guest. This livestreamed show will be released as a double live album on both audio and video via earMUSIC. Due to COVID-19, this concert, like so many others, took place without an audience. This is why the band decided to invite the fans to send in recordings of screaming, hailing, and whistling to their favorite GAMMA RAY songs, which will be added to the end of the show and gives fans the chance to participate on this release. "30 Years Live Anniversary" will be released as a digipak CD, as 3xLP on black vinyl, and digital. Furthermore, there will be a limited edition 3xLP on colored vinyl. Each of the three LPs will be pressed on a different vinyl color. The CD/DVD and vinyl will be available November 12; the digital version will be out September 10. 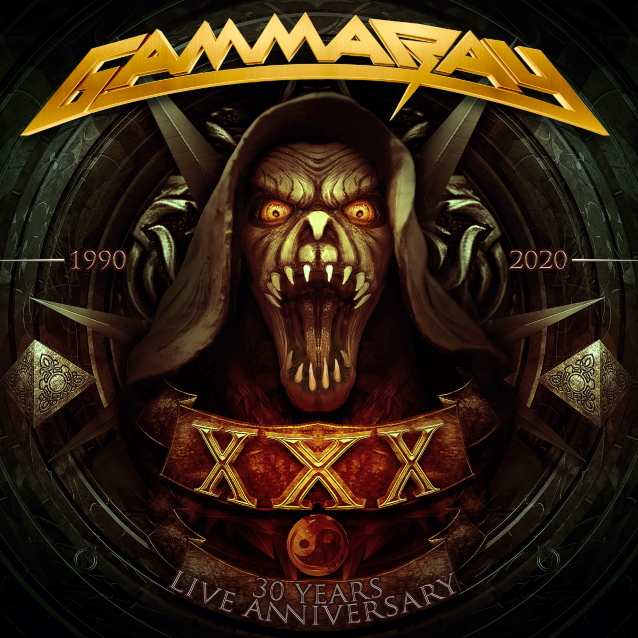