Gracie Abrams: LA singer-songwriter baring her soul to the internet 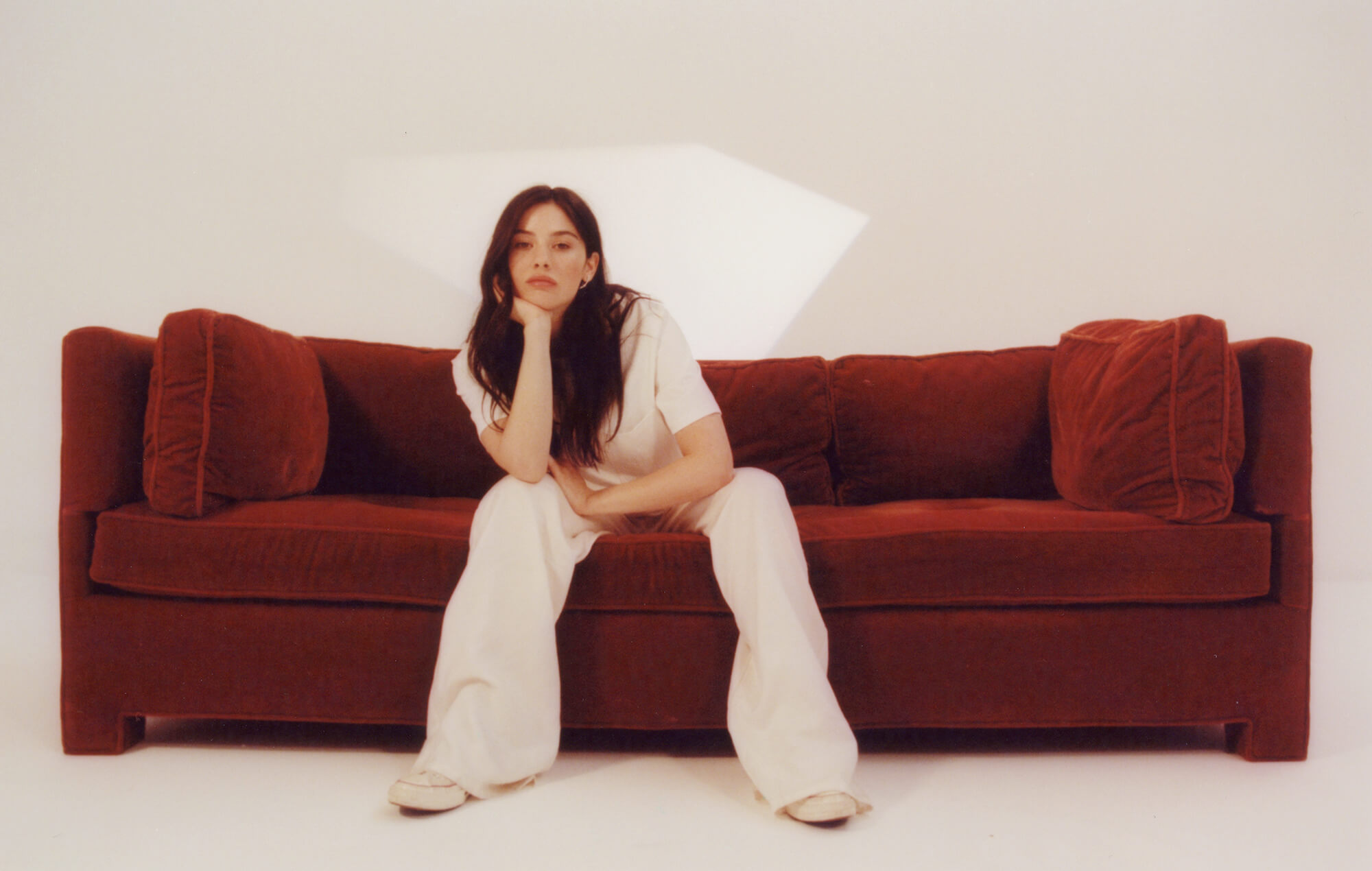 Gracie Abrams is a child of the internet, but she’s having a ‘mare when it comes to technology. “I’m soooo sorry!” she wails over a Zoom connection. “This horrible thing happened where I dropped my computer, and now there’s just this big shatter mark over the camera.”

Said shatter mark is quite impressive: a huge red diagonal slash that strikes across the screen, softening at the edges as it meets translucent white. It’s almost too perfect a metaphor for the music Abrams makes: painfully honest tales of heartbreak draped in delicate melodies that carry much more intrigue than the usual run-of-the-mill singer-songwriter. Building upon years of sharing song snippets to Instagram, ‘Minor’ is her first recorded project and pulls together everything she has learnt in her 21 years.

“I wrote the title track when I was 17. I didn’t really necessarily know what its place would be, but it’s obviously ended up having a pretty prominent one,” Abrams explains. “It was the first one I wrote as an adult-minded person, where I felt like I had something that really felt like ‘me’. The rest of the music honestly kind of came together over the course of one week, which was unintentional but the best week ever.”

As the final song on the EP, ‘Minor’ may be four years old but it works pretty well during a pandemic, sharing the frustrations of being stuck in the family home unable to come and go as you please. “I would drive all night to get to you / But my curfew is early and dad’s at the door,” she near-whispers, capturing the strange period of late teen angst that had us all floating somewhere between know-it-all autonomy and tentative fear, not quite knowing if we were really ready for the big wide world.

Abrams would likely be right to inform her paramour of her father’s wrath. After all, director JJ Abrams — whose work includes Star Wars, Lost, Cloverfield and so much more — could pull a few strings to summon up The Force on a disliked romance. To linger too long on Abrams’ esteemed film director father would be to do a disservice to her talents, but she’s quick to acknowledge her privileges and the sanctity of LA.

“I’m very, very lucky to have really close relationships with everyone in my family,” she says. “I feel like I’ve always known, but I’ve really realised on a deep level this year just how grounding they are for me. I’d spent a year in New York and being back in my bedroom again, where I wrote all of my music before I went away and kind of discovered myself… it kind of felt stagnant all of a sudden. Frankly, it was quite uncomfortable for a little while. I thought being back with my parents was gonna feel like the weirdest bit, but actually it’s just been really interesting to see how my creative process has altered based on the space I’m in.”

Although the majority of ‘Minor’ was completed before lockdown, its sentiments feel particularly poignant in the age of social distancing. At Abrams’ own admission, these aren’t lyrical themes that are reinventing the wheel — love, life, friendships under strain — but they are dealt with a certain deftness, recalling the wisdom of Lorde or the darker, more thrilling moments of Selena Gomez’s back catalogue. The lo-fi house party thump of ‘21’ is a highlight, but so is ‘Long Sleeves’, a quiet ballad that she describes as “closure” (“I can’t love you / Even if I want to / Got a lot to work through / You don’t know where I’ve been”).

A keen diarist from an early age, Abrams has long processed her thoughts by putting pen to paper, but didn’t think of herself as a potential artist until the tumultuous emotions of adolescence led her to look at music in a new light.

“From a writing perspective, the people that really stood out for me in middle school were Joni Mitchell, who I grew up with, but also Metric, Phoebe Bridgers, Matty Healy and, like, The Killers, randomly. I always wanted to do the writing thing, but the fact that they were being so honest and willing to speak about themselves in a way that was more vulnerable than maybe they’d be in conversation, that was fascinating to me.

“Phoebe especially, I’m just her biggest fan. I just think she’s so sick because of how she puts her humour into her music in a way that I haven’t really seen anyone else do.”

Although Abrams’ music may not share the same penchant for a one-liner as Bridgers’ so often does, it definitely toes the same tightrope of boundary-free disclosure, putting its author in an interesting position of self-care. Like so many artists linked with the bedroom pop movement, Abrams is beloved for her willingness to hold nothing back from her fans. But that level of openness must come at a price: how does she balance the relief of “deeply oversharing” with the pressure to deliver endless trauma-porn for an expectant audience?

“The concern makes a lot of sense. But, honestly, I don’t really feel like, for me, that there is a line — except if I’m writing about somebody else for whom oversharing wouldn’t be my place,” she reasons. “The fans just truly feel like friends to me: a lot of us are the same age, we’re going through experiences that feel pretty aligned. I have very relatable conversations with people [from] all over the world on Instagram, sharing our own personal experiences or struggles or whatever — it just feels very normal. Which it so isn’t, ultimately! But it feels like it.”

On the subject of bedroom pop itself, she sees herself as a grateful admirer rather than a badge-sporting member. “I don’t necessarily think of myself in that space, but it’s a scene that I’ve admired my whole life — as a genre, it feels kind of limitless. It’s just a kind of hands-on approach to making music that feels really personal, almost like you’re in the same room with the artist.”

Getting in the same room as her fans is still on Abrams’ bucket list. Her first set of live dates fell foul to the pandemic, but she’s grateful for the time to reflect and consider exactly what those shows, and her wider platform of responsibility, will look like.

“It’s definitely nice to have a guaranteed new experience waiting for me on the other side of lockdown”, she says. “Obviously, all I’ve ever wanted is to be with all these people in person, to be able to have those conversations after shows and to feel the feelings together and all that. But I still feel incredibly connected to everyone right now.

“It’s happening everywhere, but especially here in the US, it feels like this country is in the middle of a very long overdue reckoning. The fact that social media can grant access to voices that had until now been incredibly silenced has been an amazing thing for me to watch. Every single thing that I read, and every time I learn more, it just makes me want to be quieter to make room for everyone else. There’s a huge difference between being silent and listening actively, and obviously there’s such serious work that needs to be done still.

“But it gives me so much hope that such a large majority of this generation, or at least those that I’m seeing, are making the room to learn.”