Graham Nash pulls music from Spotify: “I completely agree with my friend Neil” 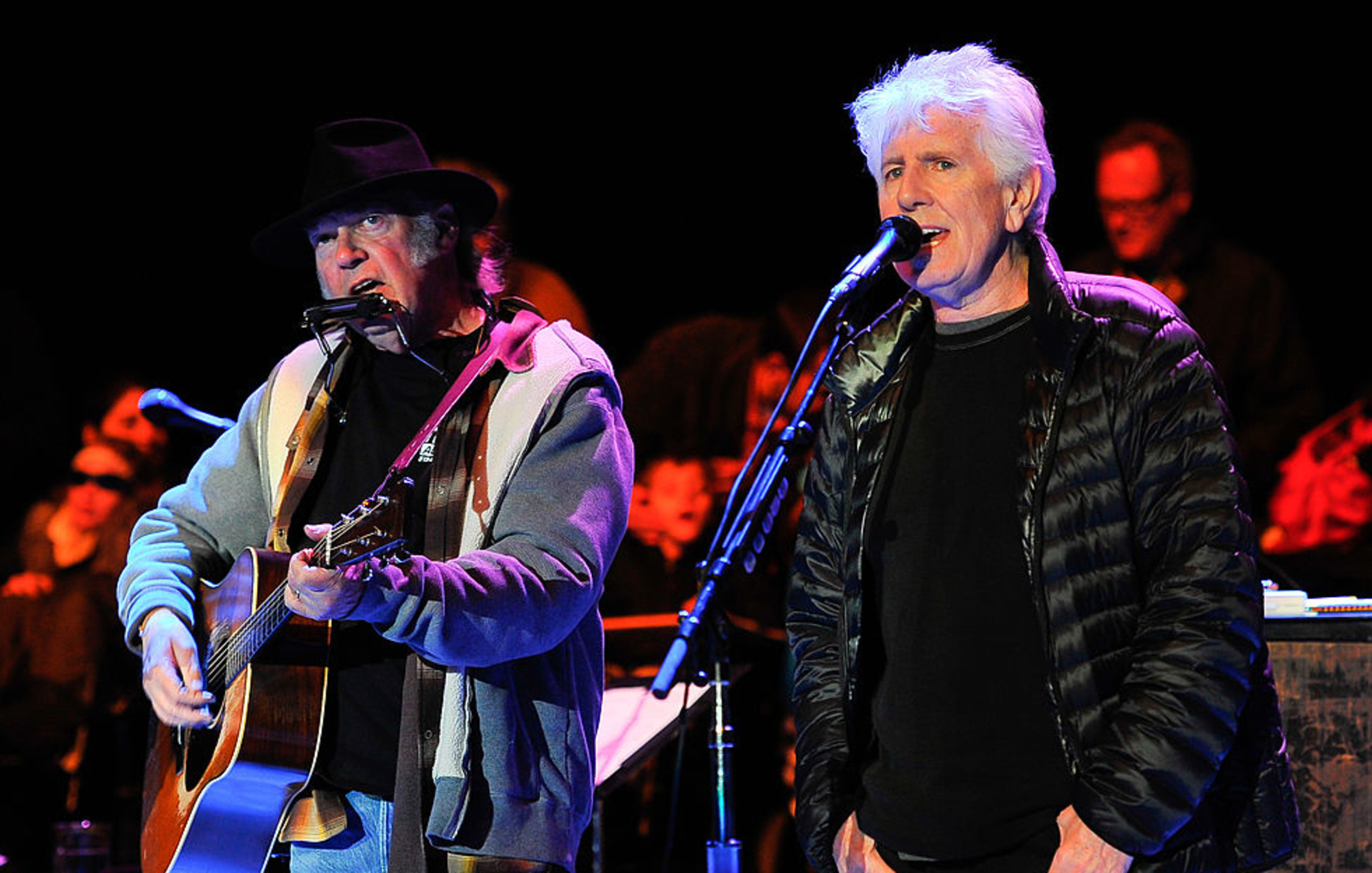 Graham Nash has declared his support for Neil Young, announcing plans to remove his music from Spotify in protest of the service platforming misinformation about the coronavirus vaccine.

Young demanded that his music be pulled from Spotify last week, asserting in a since-deleted open letter to his management that content like the Joe Rogan Experience podcast “spread[s] false information about vaccines”.

The streaming platform obliged, confirming on Wednesday (January 26) that Young’s content would indeed be removed from the platform.

The saga drew mixed reactions from the wider music industry, while many seemed to side with Young, including Joni Mitchell who also announced she would be pulling her discography from Spotify over its conduct surrounding vaccine misinformation, as did Crazy Horse and E Street Band guitarist Nils Lofgren.

Nash, Young’s longtime friend and CSNY bandmate, has now followed suit, issuing a statement to Rolling Stone in which he revealed he has requested his solo material be removed from Spotify.

“Having heard the Covid disinformation spread by Joe Rogan on Spotify, I completely agree with and support my friend Neil Young and I am requesting that my solo recordings be removed from the service,” Nash began his statement.

“There is a difference between being open to varying viewpoints on a matter and knowingly spreading false information which some 270 medical professionals have derided as not only false but dangerous,” he continued.

“Likewise, there is a difference between misinformation, in which one is unaware that what is being said is false, versus disinformation which is knowingly false and intended to mislead and sway public opinion.

“The opinions publicized by Rogan are so dishonest and unsupported by solid facts that Spotify becomes an enabler in a way that costs people their lives.”

Nash shared part of his statement on Instagram, which also saw him acknowledge the importance of Spotify and platforms like it to today’s younger musicians.

“It should also be acknowledged that many younger musicians, and many musicians of all ages, rely on platforms like this to gain exposure to a wider audience and share their music with the world,” he said.

“Not everyone is able to take steps like this which is all the more reason that platforms like Spotify must be more responsible and accountable for the content they are obligated to moderate for the good of the public at large.”

David Crosby also stood by his former bandmates in calling out Spotify. When asked if he would join in the call to remove music from the service, Crosby responded on Twitter: “I no longer control it or I would in support of Neil.” Last March, the musician sold his catalog to Irving Azoff’s Iconic Artists Group.

Other high-profile names to hit out at Rogan for his anti-vax sentiments include Last Week Tonight host John Oliver, who labelled him a “fucking moron”, and Steve Albini, who described Rogan’s content as “trash garbage”.

Meanwhile, it was reported at the weekend that Spotify has lost more than $2billion in market value after Young removed his music from the streaming giant to protest vaccine misinformation being shared on Joe Rogan’s podcast.

The post Graham Nash pulls music from Spotify: “I completely agree with my friend Neil” appeared first on NME.