Green Day have returned with their newest album, Father of All Motherfuckers. Stream it below via Apple Music or Spotify. Update: Green Day have also shared a video for “Meet Me on the Roof” starring Stranger Things actor Gaten Matarazzo.

Following 2016’s Revolution Radio, the latest effort marks the Bay Area punk rocker’s 13th studio record and their shortest, clocking in at 26 minutes. Listeners got a taste of the 10-track effort with the early reveal of singles “Oh Yeah!”, “Fire, Ready, Aim”, and the album’s title track, which the band also previewed live at the MTV EMAs back in November.

In a recent interview with Rolling Stone, frontman Billie Joe Armstrong commented on the band’s ambition with the record, drawing inspiration from the soul music of Motown and Amy Winehouse and “putting it through the Green Day filter.”

Bassist Mike Dirnt added, “Billie was pushing himself to get to a newer place. And we had to chase that down. Which is par for the course, because nobody digs deeper than Billie.”

In her review of the album, Angie Piccirillo called Father of All Motherfuckers “a solid album that shows not only their mastery of sound but also genre and a nod to the greats that came before them.”

Father of All Motherfuckers arrives via Reprise/Warner Records. Physical copies, including various colors of vinyl, can be found over at Green Day’s online store.

Green Day are about to embark on the “Hella Mega Tour” with Weezer and Fallout Boy, and you can grab tickets to a nearby stop here.

Father of All Motherfuckers Artwork: 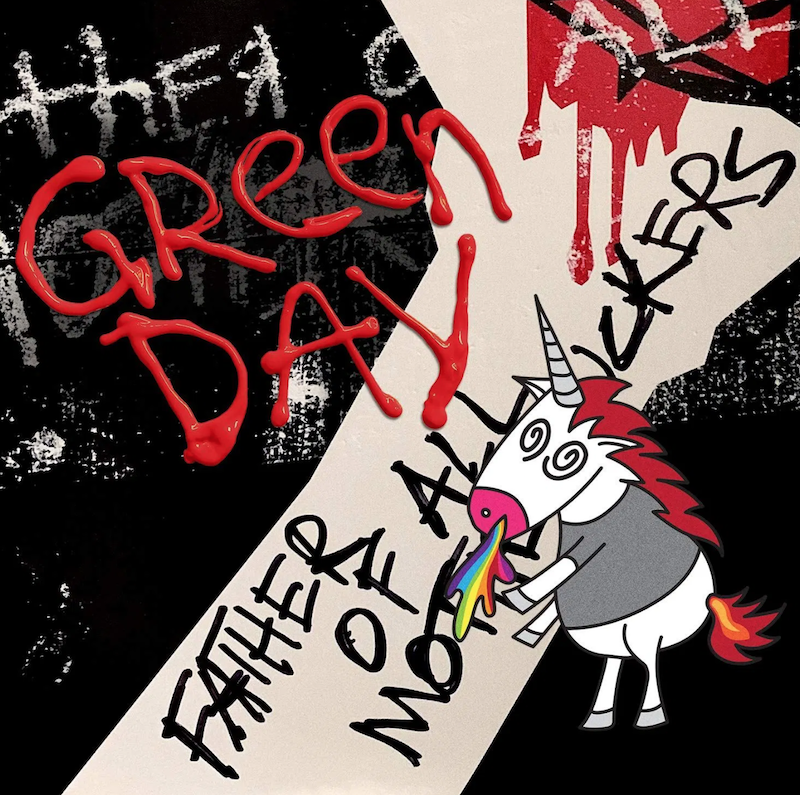