Guns N’ Roses’ Slash celebrates 15 years of sobriety: “Proud of you every day” 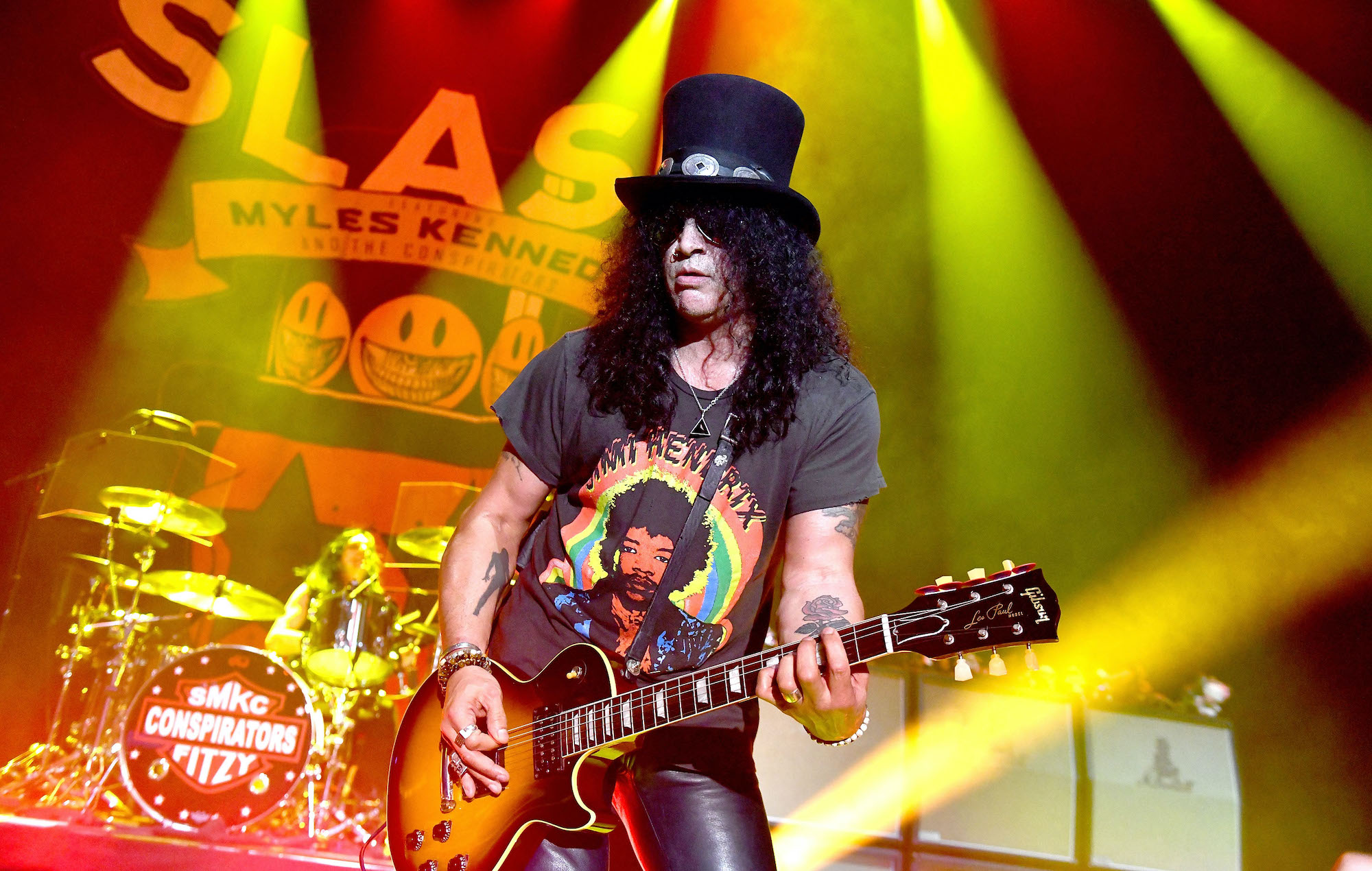 Guns N’ Roses guitarist Slash has celebrated his 15th anniversary of getting sober.

In an Instagram post shared yesterday (July 4), the rock icon’s longtime girlfriend Meegan Hodges shared a photo of him and payed tribute in an accompanying caption.

“Baby, Congratulations on your 15 YEARS of SOBRIETY! ‘An addict who achieves recovery is capable of achieving anything’ (wise words someone said). I am so very proud of you every day but today I am so very extra proud of you,” she wrote. “I love you to the moon and back!”

Slash was previously diagnosed with cardiomyopathy, as Blabbermouth reports, due to his heavy alcohol abuse. He has also openly discussed his struggles with alcohol and heroin addiction.

“I come from, not an alcoholic background, but my dad was a drinker and people in my family were drinkers, and being born in England that was just part of pub culture,” he previously told Classic Rock.

“[I] know that if I thought I could casually have a drink or casually do whatever, that would leave that door open. I know how that works, because I’ve done it before, so I just abstain from it altogether.”

Discussing his battles with alcohol in his 2007 autobiography Slash, he said: “I wasn’t fine. But I was almost ready to admit it. I knew that my debauchery needed to end. I had planned to get some space from my wife and from my band after I’d allowed myself those predetermined four months to let it all hang out; I knew I was in need of some solace and quiet.

“And I got it. This time rehab turned out to be really good for me, because this time I surrendered. First I kicked the drugs, then I cleared my head and did some work on figuring out why I liked to put myself in the same position over and over again. Early in the morning of July 3, 2006, I checked into rehab. I did a full thirty days, I fully surrendered…

“I learned more about myself than I ever thought was possible. And I’ve been sober ever since.”

Guns N’ Roses will head out on a US stadium tour at the end of the month.

The post Guns N’ Roses’ Slash celebrates 15 years of sobriety: “Proud of you every day” appeared first on NME.