Connecticut hardcore/metal masters HATEBREED have released a new single called "When The Blade Drops". The song is taken from the band's upcoming album, which is tentatively due in May. The follow-up to 2016's "The Concrete Confessional" was produced by Chris "Zeuss" Harris, who has previously worked with ROB ZOMBIE and QUEENSRŸCHE, among many others. HATEBREED guitarist Wayne Lozinak stated about "When The Blade Drops": "Can't wait for you to hear it. It's a great song and I think you're gonna love it." Last year, HATEBREED drummer Matt Byrne told Heavy New York that his band "absolutely" has a specific formula or a template when it comes to songwriting. "I think record to record, the earlier you go, the more 'hardcore' you would find the material," he said. "But as we've progressed through the years, I think we've injected more and more 'metal' into it. We're fans of both genres. I think that's just what we listen to and what we like to play, so naturally, that's the type of stuff we're gonna write." Matt went on to say that HATEBREED "experimented a little bit" on its 2009 self-titled effort. "That's where we started really experimenting with — not so much singing, but maybe holding a note in the vocal lines and adding some more guitar solos, a little bit more shred work, instead of just — which is the typical HATEBREED formula — simple song structure, short structure, fast part, breakdown, mid-tempo; there's always those elements within the music," he explained. "And that is the identity, I think that is the formula; that's what we naturally have always done. We've always been fans of music that comes right out of the box and just punches you in the face, and I think the longer the song — how people are nowadays anyway — the longer the song, people kind of get lost and the attention dwindles and stuff. So we're short and to the point, man — we get it done. We just punch you in the face and then we're gone. If there's a formula, that would be it — just short and concise, short and sweet." HATEBREED singer Jamey Jasta's latest solo album "The Lost Chapters - Volume 2" came out in December. 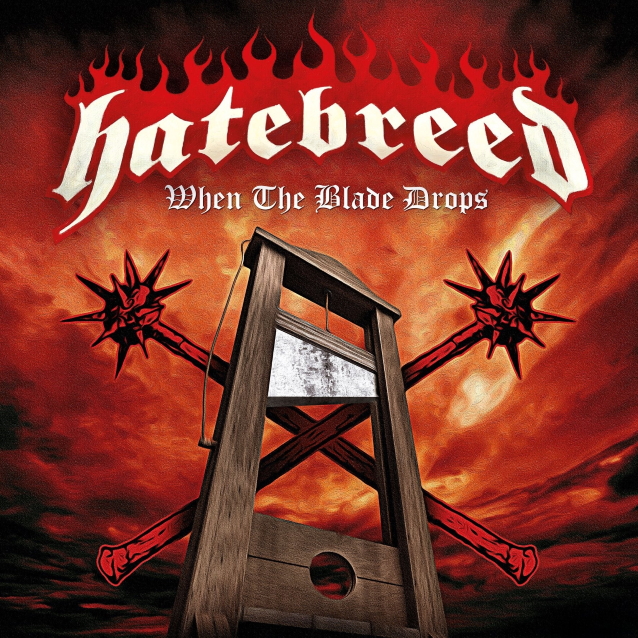