Hayley Williams will step away from Paramore for the first time with the release of her upcoming solo debut, Petals for Armor. She’ll go even further out on her own when she takes the road for the newly announced “Petals for Armor Tour”, the singer’s first-ever solo trek.

With the record due out May 8th, the tour will launch May 13th with a short European leg. The first North American date is a May 28th gig at Seattle’s Moore Theatre, after which Williams will hit Los Angeles, Denver, Orlando, Charlotte, Boston, Toronto, Chicago, Detroit, and Brooklyn. It all winds down June 29th at Nashville’s Brooklyn Bowl.

The Ninth Wave will join in for the European jaunt, while Arlo Parks is set to open the North American shows. But perhaps if the stars align, the members of boygenius, all of whom are on Petals for Armor, will also make a few special appearances as well.

In a press statement, Williams said she found the prospect of a solo tour “a little terrifying” and at one point “thought I wouldn’t tour Petals for Armor.” She added, “What a joke. I must,” before continuing,

“The first run of shows is going to be hot, sweaty, and intimate. My brand-newly-formed band and I will be playing rooms that Paramore outgrew a decade ago. It’s going to be so satisfying to feel the energy of a crowd that close again, especially while performing songs that feel so vital for me; songs I have never performed before for an audience.”

Pre-sale for Ticketmaster Verified Fans will launch on Tuesday, March 10th at 10:00 a.m local time, with general on-sale beginning Friday, March 13th at 10:00 a.m. local. After that, you can check for tickets to all of Williams’ upcoming shows here. The full schedule is ahead. 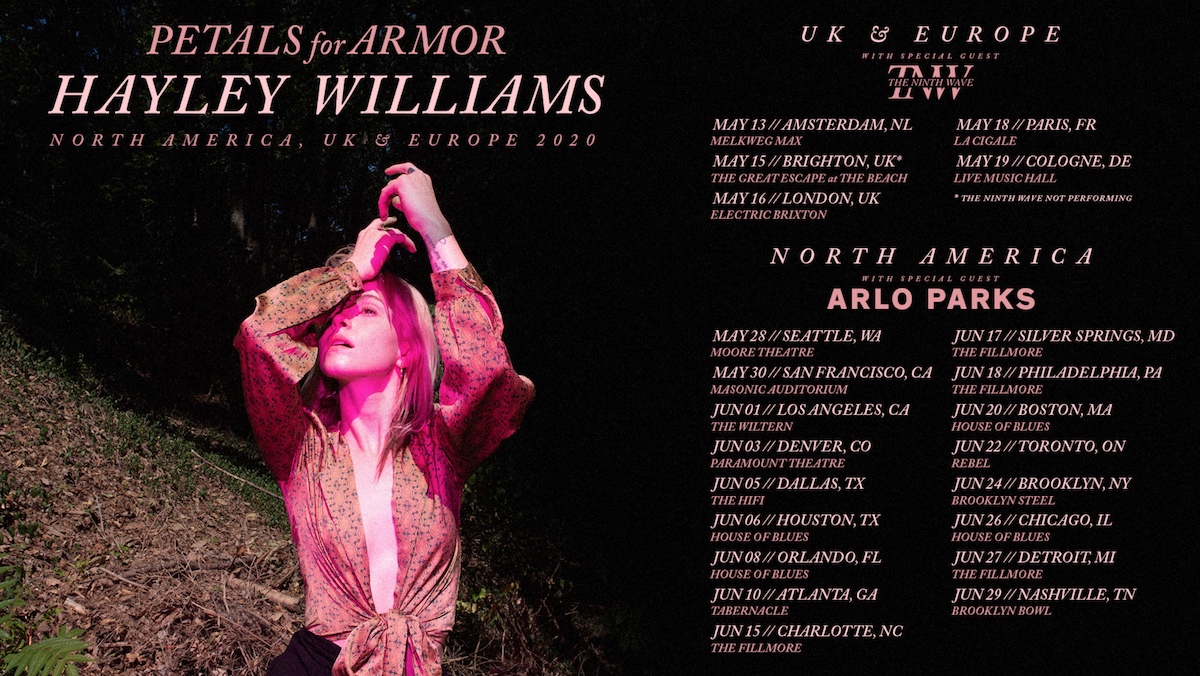 Revisit the video for the Petals for Armor single — and one of our favorite songs the week of its release — “Cinnamon”: