How ‘Doom Eternal’ trains you to be a relentless killing machine 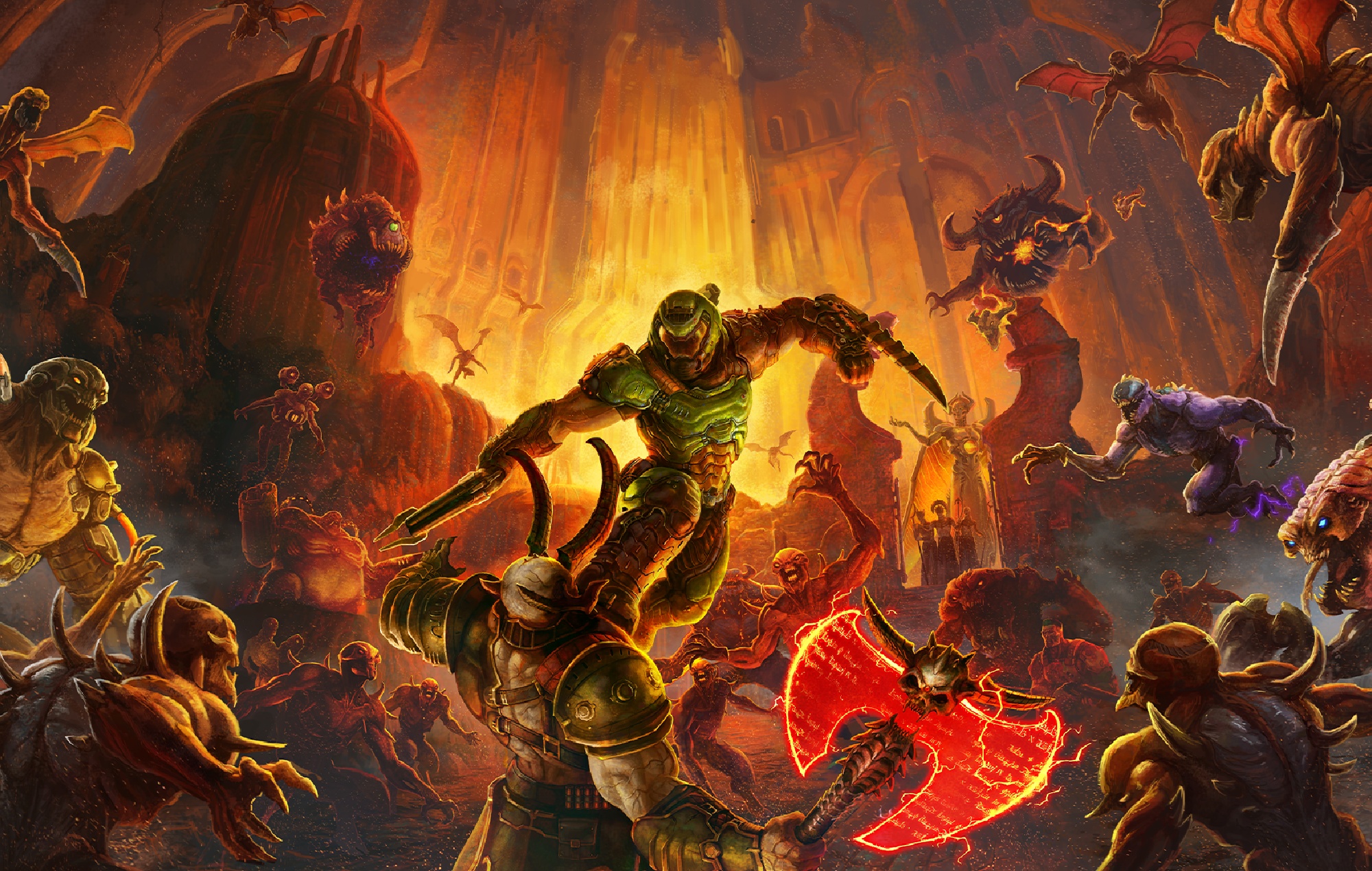 System Shack is NME’s new column that explores the mechanics behind the industry’s most successful games. This week, Rick Lane goes for the jugular in Doom Eternal.

I firmly believe that Doom Eternal is a contender for the greatest FPS ever made. It wasn’t always this way. When I first played the game on launch in 2020, I felt slightly let down by it. I didn’t like many of the new additions id Software had made, like the extra platforming sequences and the greater emphasis on story. The experience felt baggy and cumbersome in a way that the 2016 reboot did not.

But then I played the game a second time, to refresh my memory of it before the expansions dropped. And I absolutely adored it. What had seemed like a baroque and overwrought experience now felt slick, satisfying and perfectly paced. I spent the next twentysomething hours in a trance-like state, carving my way through every demon hell had to offer.

What changed? Well, the simple answer is, me. On my second playthrough of Doom Eternal, I knew every trick up the Doom Slayer’s sleeve. I’d internalised every counter to every demon attack, knew exactly which weapon to use against which foe. I had done what Doom Eternal wanted me to do, which is not merely to shoot demons, but to inhabit the character of the Doom Slayer.

Like IO‘s Hitman trilogy, Doom Eternal is a game that takes more than one play-through to see its true magnificence. Yet whereas Hitman is about mastery of your environment, Doom Eternal is about mastery of your moveset. It wants you to feel like more than a dude with a big gun, it wants you to feel like an unstoppable force that has a bloody solution to every immovable-seeming obstacle put in front of it.

Doom Eternal‘s murderous mechanics radiate outward from the “glory kill” idea introduced in the previous game, whereby performing grisly executions of damaged enemies reward you with health. This meant killing enemies helped you perpetuate your murder spree, letting you push forward aggressively rather than fleeing the fight in search of health.

Doom Eternal takes this idea of violence leading to more violence, and massively expands upon it. Now not only can you earn health by killing, and earn ammo by slicing enemies apart with your chainsaw, you can earn armour by setting enemies on fire and then killing them, showering the surrounding area with armour shards.

But the most notable change Doom Eternal makes is that virtually every enemy you encounter has a specific weakness that lets you nullify their attacks and kill them quicker. Cacodemons, for example, are vulnerable to having a grenade lobbed into their gaping maw, instantly opening them up to a glory kill. Spider-Arachnotrons can have their turrets destroyed with a pinpoint shot from the assault rifle’s sniper scope, while the Cyber Mancubus’ heavy armour can be instantly shattered with a percussive Blood Punch.

As you progress through the game, you build up a mental library of these tricks, learning which technique works best against which foe, which weapon is most effective in which scenario, until they become second nature. Once that happens, you can kill pretty much any enemy in the game in a matter of seconds. The mighty Doom Hunter? Zap that sucker with your plasma gun and then snipe out its jets from beneath it. The Baron of Hell? Soften him up with your chaingun before giving him a taste of your rocket launcher. The infamous Marauder? Juggling your super-shotgun and ballista will put that scab down in moments.

Internalising these techniques enables you to utterly dominate the battlefield, which in turn allows id Software to crank up the heat. The latter stages of Doom Eternal feature some utterly frenzied fights. And the expansions, oh my, the expansions offer the most intense single-player FPS action I’ve ever encountered, with furiously protracted battles that test your skills to the limit.

There is a potential counterpoint to this, which is that can Doom Eternal really be the best FPS around if it only shows its true greatness the second time you play it? It’s true that Doom Eternal could do a better job of communicating these new ideas, taking a bit more time to teach you each skill during active play, rather than constantly interrupting the experience for separate, easily forgettable tutorials.

That said, it would hardly be the first game that requires learning to truly enjoy. We don’t expect to be incredible at multiplayer games the first time we play them, but that doesn’t mean those games are poorly made. And there are many single-player games that require a certain level of mastery of to see them at their best. From Software’s RPGs take no prisoners whatsoever, but are regarded as some of the finest games ever made.

If you only played Doom Eternal once and dismissed it, I urge you to give it a second try, and pay a little more attention what it’s trying to teach you. The Doom Slayer may not be great at communication, but when it comes to killing demons, he knows his onions. Listen well enough to his monosyllabic grunts, you’ll be dancing through a rain of demon blood in no time.

If you liked this article, check out last week’s System Shack entry – where Rick Lane explored how web-slinging made Marvel’s Spider-Man one of the best superhero games ever.

The post How ‘Doom Eternal’ trains you to be a relentless killing machine appeared first on NME.