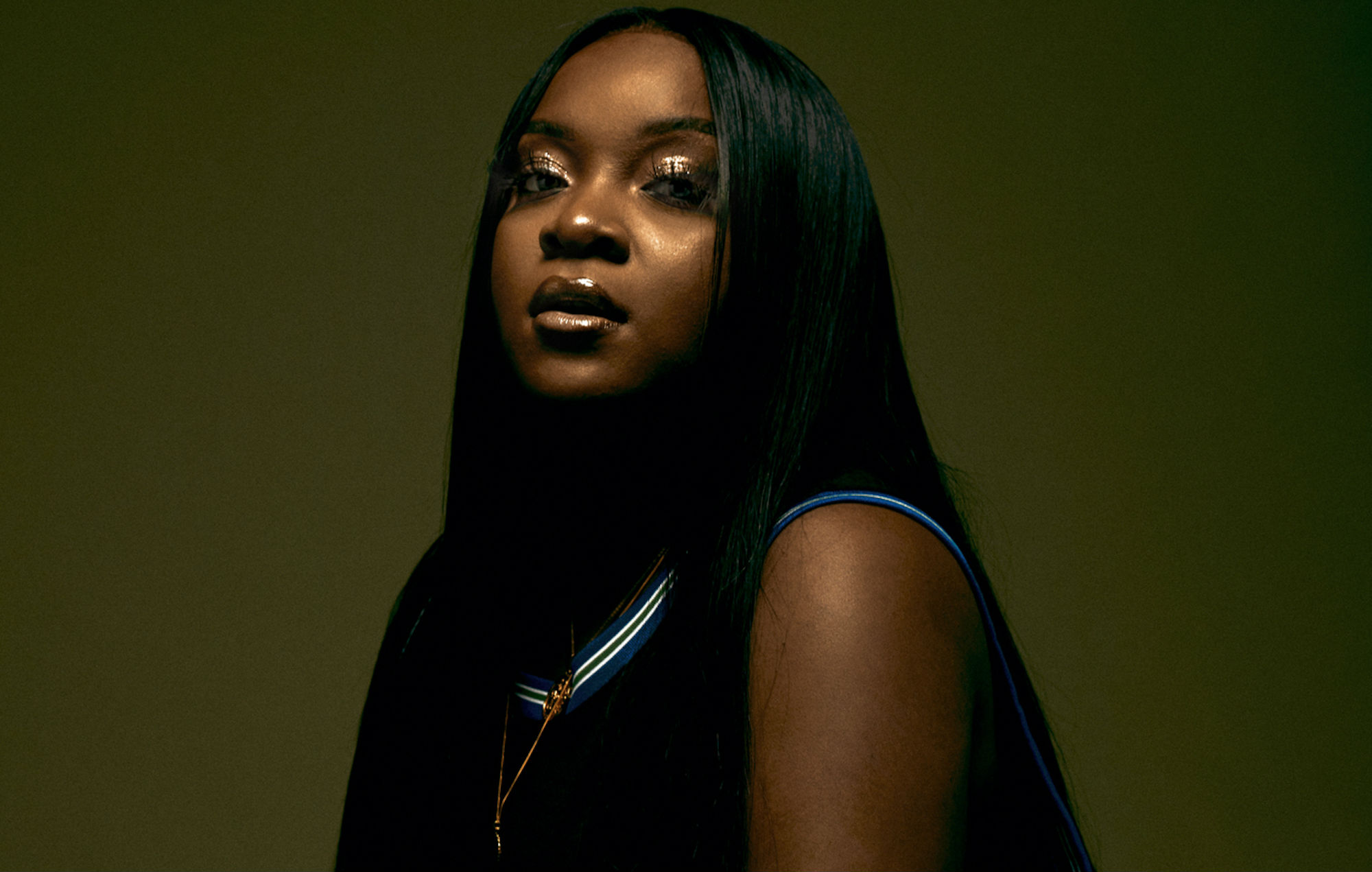 Moving away from the glossy, clean-cut R&B pop image she once embraced, south London’s Ray BLK is showing the world a new side to her. Seemingly destined for greatness, she won the BBC Sound of 2017 poll – and the past few years have been prosperous for the singer. From the tender 2016 breakthrough hit ‘My Hood’ with fellow south Londoner Stormzy to her last project, 2018’s empowering jazzy ‘Empress’ EP, she has proved just how angelic her music is. But new single ‘Lovesick’ marks a decided change of pace for the Catford musician.

The gritty “revenge song”, as she has described the tune, sees 26-year-old BLK – real name Rita Ekwere – move away from sultry, uplifting instrumentals in favour of a trappier sound. Although the music may not sonically be as upbeat as her previous work, the singer insists that her new sound “is still about uplifting people” and adds: “It’s dark and fierce but it’s about reminding people to know their worth – and add tax to that. ‘Lovesick’ is about flexing and being like, ‘I know that I deserve that tax’.”

Ray BLK’s debut studio album proper is on its way. Hopefully coming out early 2021, the album should be full of great collaborations with, she teases, “the ultimate gangster rapper” and more. Other than that tantalising detail, the star remains pretty tight-lipped about the project.

Yet there is a lot she does have say throughout our chat. One of the figureheads of a budding UK R&B scene – a scene often overshadowed by the US’ huge talent pool – Ray tells NME about her love for the genre, and that there’s lineage of UK superstars out there: “I feel like sometimes we forget the people that have come before. Definitely there’s a lot of work to be done to bring R&B in the UK to the forefront, but I also don’t want to negate what the people who have come before us have done: Ms. Dynamite winning a Brit, winning MOBOs, winning a Mercury; Estelle having a global smash [the 2008 Kanye West collaboration ‘American Boy’]. They’re from the UK.”

While repping her beloved scene for last month’s Apple Music Black History Month special, hosting an episode of the series Blackout Radio, during which she chatted with Estelle and Ms. Dynamite, BLK was reminded of the amazing scene she comes from.

“It made me go back and just really listen to all of those people even like Jamelia or Mis-Teeq,” she says. “These are people who I grew up seeing on TV, and they have paved the way for us. But right now, sadly, I feel like people go for what’s hot right [at the moment], and they put all their attention on that, forgetting other genres. I think we still have to recognise the people who have come before us and have been the faces of R&B — and there’s more of us coming up now as well. So I’m excited to see what happens.”

“Feminism is not policing other people’s feminism”

Ray BLK is no stranger to being outspoken. She is a strong champion for equality, and in recent weeks ruffled feathers online when she spoke out against the backlash that met Cardi B and Megan Thee Stallion’s filthy feminist anthem ‘WAP’. Some commentators claimed that ‘WAP’ objectifies women; BLK hit out in an interview with the Metro newspaper, stating that  “black women are held to a different standard”. Here, she doubles down on the statement: “With ‘WAP’, the lyrics are super explicit and raunchy, but I don’t think it’s any different to what I’ve been hearing men talk about for years. I also don’t think it’s any different to what I was hearing female rappers talk about when I was younger. Maybe we just haven’t had a song like that on the airwaves and so big for quite a while.”

With all these double standards flying around in regards to the global number one, Ray BLK makes it clear that “the same criticism [for women] should be given to the men as well in the industry. [In which case], all the men should be getting a hell of a lot of slack for the sort of content they put in their music.”

She continues: “I think most people genuinely need to re-look at everything they’ve read and understand feminism, again, because part of feminism is not policing other people’s feminism. It’s not about going to people and saying, This is what being a feminist is – you must be X/Y/Z,’ because that’s putting women into the box that we’re trying to break out of. So I’ve never understood people like that. The point is you should be allowed to be yourself and speak freely in any way.”

Speaking of girl power: BLK tells NME about a spontaneous writing session with her childhood hero, the multi-Platinum selling musical icon, Kelly Rowland. Last year BLK flew out to LA for three weeks with her go-to producer, who asked Ray if she wanted to write with her all-time fave. Unsurprisingly she agreed: “A session with Kelly? Like, first of all – duh What kind of question is that?.” The former Destiny’s Child star was working on new music and, said BLK’s producer, looking for someone to write with her. As BLK puts it: “So I’m like, ‘Of course – I’m there with bells on!”

“Kelly Rowland and I wrote a really lovely song together”

She tells NME all about the vertiginous encounter: “The next day we pull up to the studio. I walked in and Kelly – sorry – Ms. Rowland was sitting there just looking like an angel. Her skin is so smooth; I don’t think I’ve seen skin that smooth before. She looked angelic. At one point, she was like, ‘Is anyone hungry? I’m gonna order some food’ and she gets sushi. She’s dishing up the food onto a plate and she sits next to me and hands me chopsticks to eat with her, and I’m like, ‘I’m eating from the same plate as Kelly Rowland!’ This is absolutely mental.”

Overwhelmed, Ray says she had “a moment in [my] head” and packed up, ready to run out of the session: “I was trying to just escape quietly, and then her manager came out like, ‘Girl, I heard you’re trying to leave? Kelly loves what you’re doing – you can’t leave.’ So I came back and she’s like, ‘Girl, how you trying to leave me?’ She was just so amazing and so sweet and made me feel really comfortable. And we wrote a really lovely song together.” We’ll just have to wait and see if that collaboration winds up on Ray BLK’s debut album.

And with that collaboration ticked off the bucket list, what’s next for the budding superstar? “I mean, a debut album, my first album for sure,” BLK replies. “Maybe I’ll have some children at some point. But really, I’m just focused on the album. [It sounds] like afro-trap and R&B, merging the hip hop that I love with the R&B that I love.”

We’ll have to wait until next year to hear it, but having pivoted from glossy R&B to a fiercer sound, Ray BLK is the UK’s good girl gone bad.

The post In Conversation – Ray BLK: “There’s work to be done to bring R&B to the forefront in the UK” appeared first on NME Music News, Reviews, Videos, Galleries, Tickets and Blogs | NME.COM.