IRON MAIDEN: ‘Every Album, Every Song’ Book Available In Paperback

Sonicbond Publishing has released "Iron Maiden: Every Album, Every Song", a new book from author Steve Pilkington. Mention the words "heavy metal" and chances are one of the first names you'll get back is IRON MAIDEN. From their early days as frontrunners of the New Wave Of British Heavy Metal in 1980, through to their epic and progressive works of more recent times, the band have been "all things to all men" in the metal world. Such is their profile that even the non‐metal fan would probably cite them as a key example of the genre. This book lifts the lid on every single track recorded by the band, album by album, from the punk‐ish debut with original vocalist Paul Di'Anno, via the glory years fronted by Bruce Dickinson, through to the sprawling double‐disc epic "The Book Of Souls". By way of facts, anecdotes, analysis and a dollop of opinion, Pilkington provides both an informative companion for the die‐hard fan and a perfect road‐map for the more casual listener to follow. From "Prowler" to "Empire Of The Clouds", through each and every lineup change, this is every Number recorded by The Beast — the ultimate recording history of IRON MAIDEN. "Iron Maiden: Every Album, Every Song" is available in paperback now. Pilkington is a music journalist, editor and broadcaster. He was editor-in-chief for the Classic Rock Society magazine and is now co-administrator of the rock web site Velvet Thunder as well as presenting a weekly Internet radio show called "A Saucerful Of Prog". Before taking on this work full‐time, he spent years writing for fanzines and an Internet music review site on a part‐time basis. He has recently published "Deep Purple And Rainbow On Track", "The Rolling Stones On Track" and "Monty Python On Screen", all for Sonicbond, and has also written the official biography of legendary guitarist Gordon Giltrap. He lives in Wigan, Lancashire, U.K. 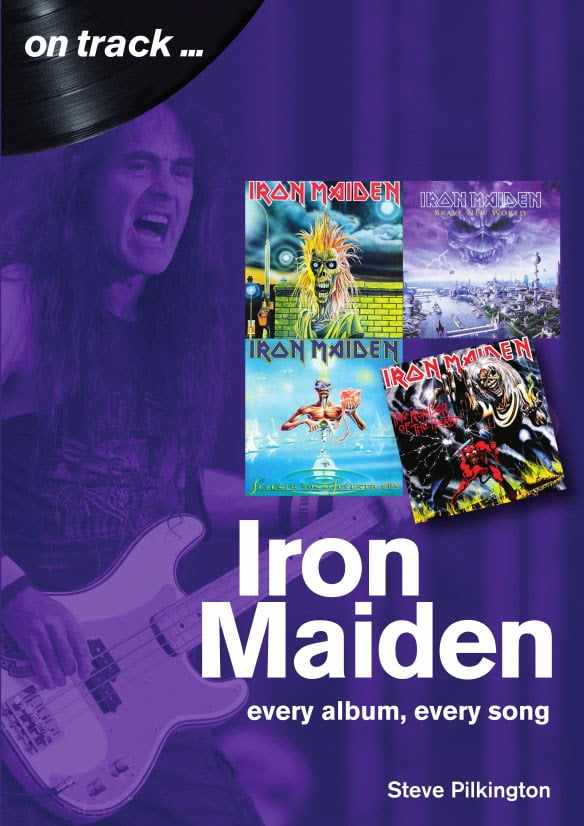