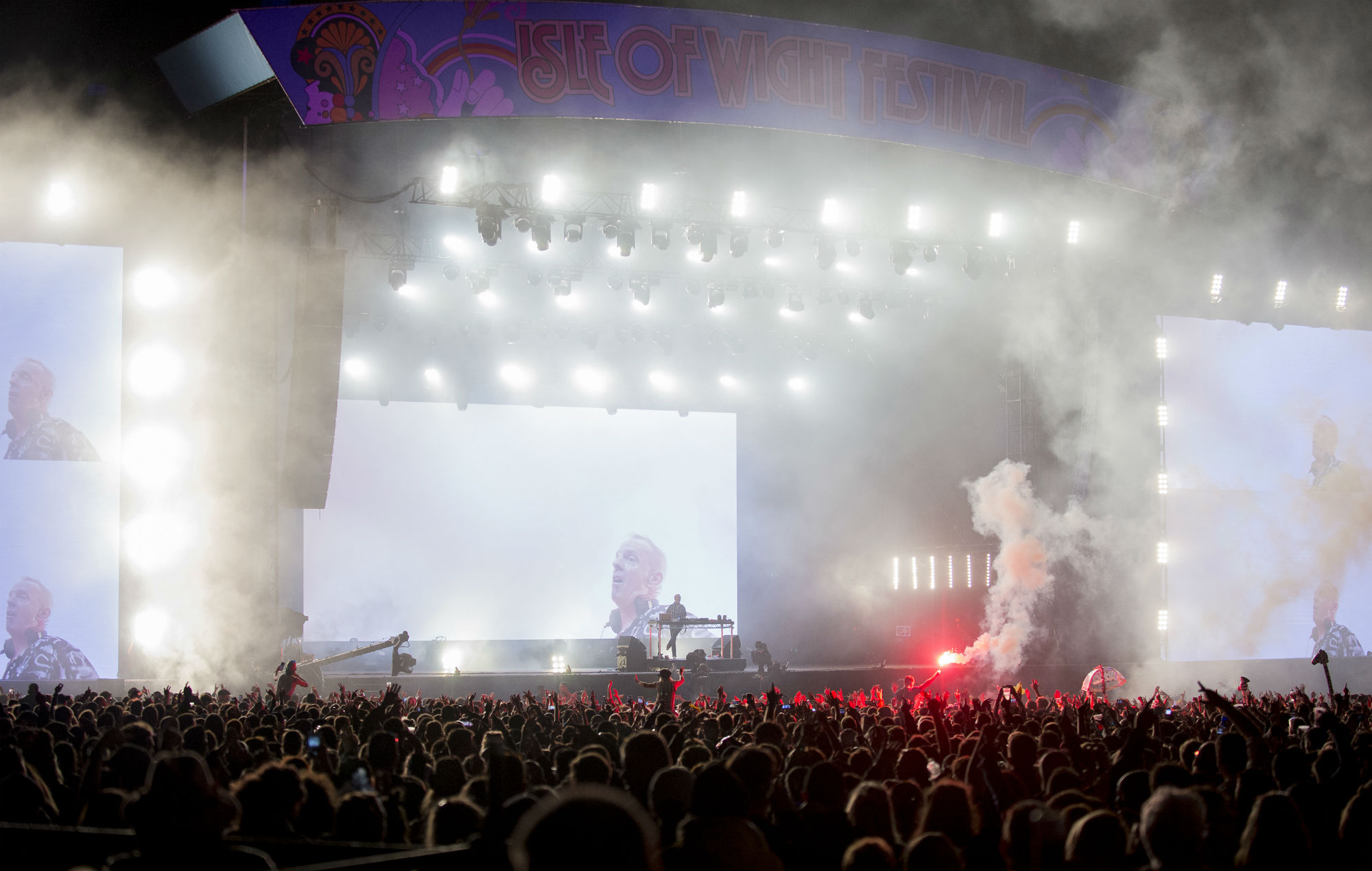 Isle Of Wight Festival have told fans that they are “continuing to work behind the scenes to get ready” for this year’s event, despite today’s cancellation of Glastonbury 2021.

Today saw Glasto confirm the long-feared news that “in spite of their efforts to move Heaven and Earth”, the event would not be able to go ahead due to complications that have arisen from the coronavirus pandemic – meaning a second enforced fallow year.

Without Isle Of Wight 2021 due to take place the week before Glastonbury was scheduled from 17-20 June, some fans feared that they are soon to cancel as well. However, organisers have assured fans that all is not lost yet.

“Rest assured we’re continuing to work behind the scenes to get ready for the Isle of Wight Festival this summer and hope to have more news for you soon,” they wrote on Twitter. “In the meantime, stay safe.”

The line-up for IOW 2021 was revealed back in June, with headliners Lionel Richie, Lewis Capaldi, Snow Patrol and Duran Duran all returning after they were originally booked for the previous year’s event. New additions include Pete Tong & The Heritage Orchestra performing Ibiza Classics, as well as Carly Rae Jepsen, Mavis Staples and The Snuts.

Rest assured we’re continuing to work behind the scenes to get ready for the Isle of Wight Festival this summer and hope to have more news for you soon. In the meantime, stay safe

This comes after IOW boss John Giddings previously suggested that the UK’s empty music venues and out-of-work live crew should be put to use to help with the mass roll-out of the vaccine, before telling NME that he was confident there was still enough time to take action to ensure that festivals could happen safely.

“I think you’d probably need for 50% of the audience to be vaccinated, and for 50% to be able to get a test in a very short period of time, like five-to-10 minutes,” Giddings told NME. “I don’t think that’s unrealistic. Isle Of Wight Festival is six months away, it’s not tomorrow. I just want to help accelerate the process.

“Everybody talks and nothing happens. We need to up our game. I’m bored with it. I want to see something physically happen. They can talk ‘til the cows come home. The discussions in Parliament don’t make my festival happen. Injecting people with a vaccine makes my festival happen. There is absolutely no reason for it not to happen. If we all pull together to achieve it, it’s possible.”

He added: “The fans all want to come, it’s my job to deliver it for them. I don’t want to let them down again. I will do everything in my physical power to make it happen. Look at the glass as half full and fill it up.”

Reading & Leeds boss Melvin Benn agreed that he was “super confident” that a summer of festivals could take place provided that vaccination targets were met and efforts amped up, while Dr Michael Head, Senior Research Fellow in Global Health at the University of Southampton, warned that the necessary level of vaccination might not be reached until the end of summer.

“We’d want a bare minimum of 50% of the population to be vaccinated [before festivals can happen], but probably more like 60%,” Dr Head told NME. “That would probably take us towards the end of the summer at around August or September.”

At the start of January, The Department of Culture, Media and Sport (DCMS) select committee heard from organisers of Parklife and Boomtown that many summer festivals could be cancelled as soon as the end of this month without urgent government clarity, assurances on what might be possible and help with insurance.

The post Isle Of Wight Festival “continuing to work behind the scenes” to go ahead despite Glastonbury cancellation appeared first on NME | Music, Film, TV, Gaming & Pop Culture News.